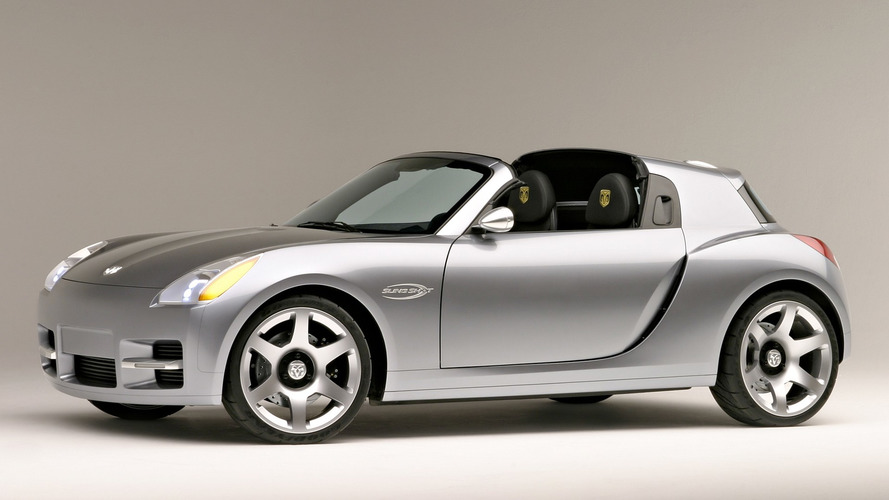 America's idea of a Smart Roadster was a 'light and speedy two-seat sports car' that had potential, but it didn't make it to production.

Because it’s a cute little two-seater roadster that we believe had potential, especially since it looked better than its donor car, the Smart Roadster. Designed to provide “maximum fun and function,” the concept ticked all the right boxes: rear-wheel drive, rear-mounted engine, manual gearbox, and four-wheel independent suspension. On top of that, it was also economical, with Dodge saying the concept could do 45 miles per gallon on the highway.

Motivation was provided by a three-cylinder engine delivering a not-so-shabby 100 horsepower which doesn’t sound like a lot, but the car was probably very light and needed around ten seconds for the 0-60 mph (0-96 kph) task. Stopping power came from four-wheel disc brakes and there was a removable hardtop for those sunny days of open-air driving.

It came out during the short-lived Daimler Chrysler era, but unfortunately the Sling Shot remained strictly a concept. It would have turned out to be a sports car for people in the market for a fun ride without breaking the bank, much like those cutesy kei cars from Japan like Honda’s adorable S660 and the Daihatsu Copen.

With the Viper now on its death bed because of weak demand, perhaps Dodge should work on something along the lines of this concept which would be the exact opposite of the soon-to-be-defunct venomous snake.

Here's a quick reminder of our three most recent concepts from the series: Ford Ghia Focus, Alfa Romeo Bella, and Buick Wildcat.