When Alfa Romeo and Bertone get together, usually something great is born. The Bella is a prime example.

Well, just look at it. It’s gorgeous. The car came to life back in 1999 and can be best described as a 2+2 coupe derivative of the 166. It used the sedan’s chassis and most of the inner bits and pieces wrapped in a very nice body carved by the very talented Bertone design house.

The name “Bella” (Italian for “beautiful”) is a perfect match for the concept which was more than just a pretty face since Alfa and Bertone joined forces to create a concept that could have easily gone into production. Unfortunately, it didn’t. The interior cabin was designed with comfort in mind rather than sportiness, so that’s why up front there were regular seats instead of bucket seats found in performance cars. 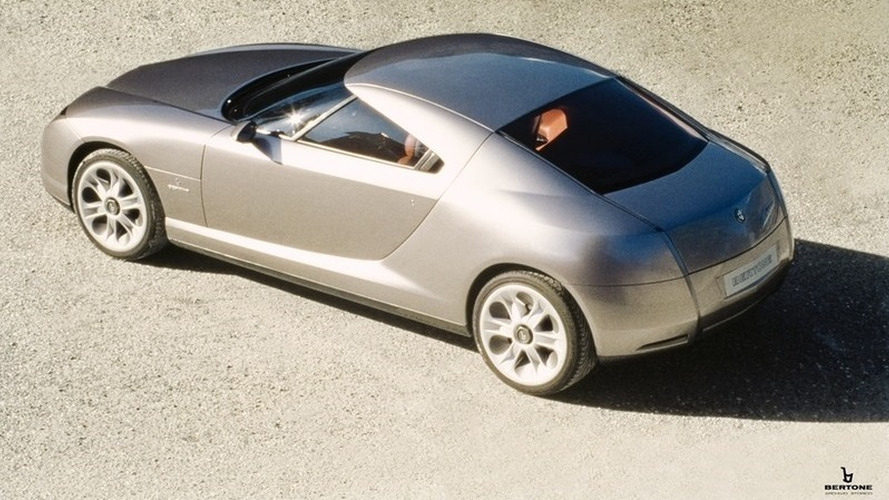 Although technically a 2+2 coupe, it was actually very cramped in the back. As a matter of fact, Eugenio Pagliano, head of interior design at Stile, admitted there was simply not enough space on the rear seats for adults. The concept was envisioned basically as a two-seater with some extra practicality by being able to haul more cargo after folding the split rear bench or by lifting the cushions.

The Bella was originally built with a four-cylinder 2.0-liter engine, but between the car’s inception and its official debut at the 1999 Geneva Motor Show, it received a new heart. Alfa’s 3.0-liter V6 engine produced 222 horsepower (166 kilowatts) delivered to the front axle through a manual transmission. The car was entirely functional and members of the press actually had the chance to drive it. That’s not really surprising taking into account underneath the skin it was actually a 166.

Alfa Romeo is now trying to win our hearts all over again with the Giulia, but we just hope FCA has plans for a more diversified lineup. We can understand the Stelvio SUV is necessary to bring in the cash, but a grand tourer could be a real image booster.

Here's a quick reminder of our three most recent concepts from the series: Buick Wildcat, Renault Espace F1, and Toyota Celica Cruising Deck.