The EV lineup includes everything from sedans and SUVs to city cars and performance vehicles. 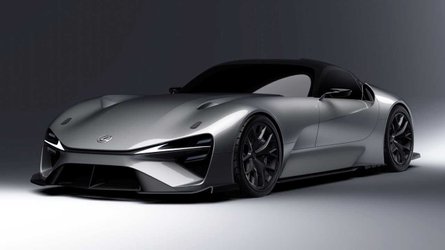 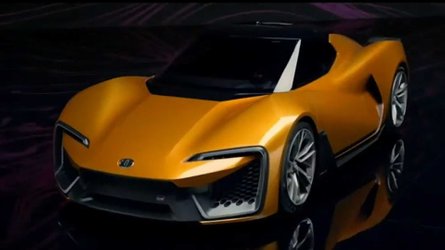 We didn't have many expectations in terms of product reveals from Toyota's conference regarding its future battery strategy, but boy, were we wrong. Head honcho Akio Toyoda took the stage to preview no fewer than 15 EVs spanning across most segments of the market, including sports cars wearing both Toyota and Lexus badges. Oh, is that blue SUV in the top-left corner an FJ Cruiser replacement? Yes, it is.

The company's top brass started off by talking about the already revealed bZ4x before moving onto a fully electric compact crossover sitting right next to it. The vehicle's generic bZ Compact SUV moniker will change for the production version while the coupe-inspired roofline and a two-tone look will be retained. Toyoda described it as having a "beautiful silhouette" with a design that makes you hop inside and take the vehicle out for a spin. It gives us the impression of a future electric C-HR.

The pint-sized red vehicle is an urban crossover featuring an interior "designed with Europe and Japan in mind." With the exception of the bZ4X, all concepts brought onto the stage had the windshields and side glass fully tinted, suggesting Toyota wasn't ready to show off their cabins just yet. The same goes for the midsize sedan carrying the "bZ SDN" license plate and characterized by Toyota's chief as being ideal for a first car.

Then there's the bZ Large SUV, big enough to accommodate three rows of SUVs and with an equivalent Lexus. It will be positioned above the bZ4X and will be the fifth member of Toyota's newly founded family of dedicated electric vehicles as part of the Beyond Zero lineup.

The conference continued with a preview of the Lexus RZ, a posh alternative to the Toyota bZ4X, before moving onto something far more exciting – a sports car. The low-slung coupe with a dramatically sloped roofline has two seats and is being developed with solid-state batteries in mind. The swoop EV aims to hit 62 mph (100 km/h) in the low two-second range and provide enough battery juice for 435 miles (700 kilometers) of range.

Interestingly, Toyoda said the car will have a "secret sauce" thanks to the performance cultivated during the development of the already iconic LFA. An official image depicting the whole Lexus EV lineup also shows a four-seater electric convertible, plus a swoopy wagon.

Elsewhere, Toyota went as far as to preview a fully electric truck sending out Tacoma vibes, joined by what we believe is an FJ Cruiser for the EV era. After all, it even has the same blue shade as the boxy off-roader, not to mention the fact it's called the "Compact Cruiser EV." The conference continued with brief glimpses of the Small SU EV, the Crossover EV, and a hugely promising two-seater electric sports car with a removable targa top.

Rounding off the lineup are two pint-sized vehicles, known as the Mid Box and Micro Box, serving as zero-emissions commuter and delivery vehicles for city use.

In related news, Toyota and Lexus aim to achieve global annual sales of 3.5 million battery-powered EVs. To get there, the dynamic duo will introduce 30 electric vehicles by the end of the decade thanks to an investment of $70 billion. The premium division will go fully electric in Europe, the United States, and China by 2030 when it aims to achieve one million EV sales per year. In 2035, Lexus will become a purely electric global brand and both companies will achieve carbon neutrality at their factories.