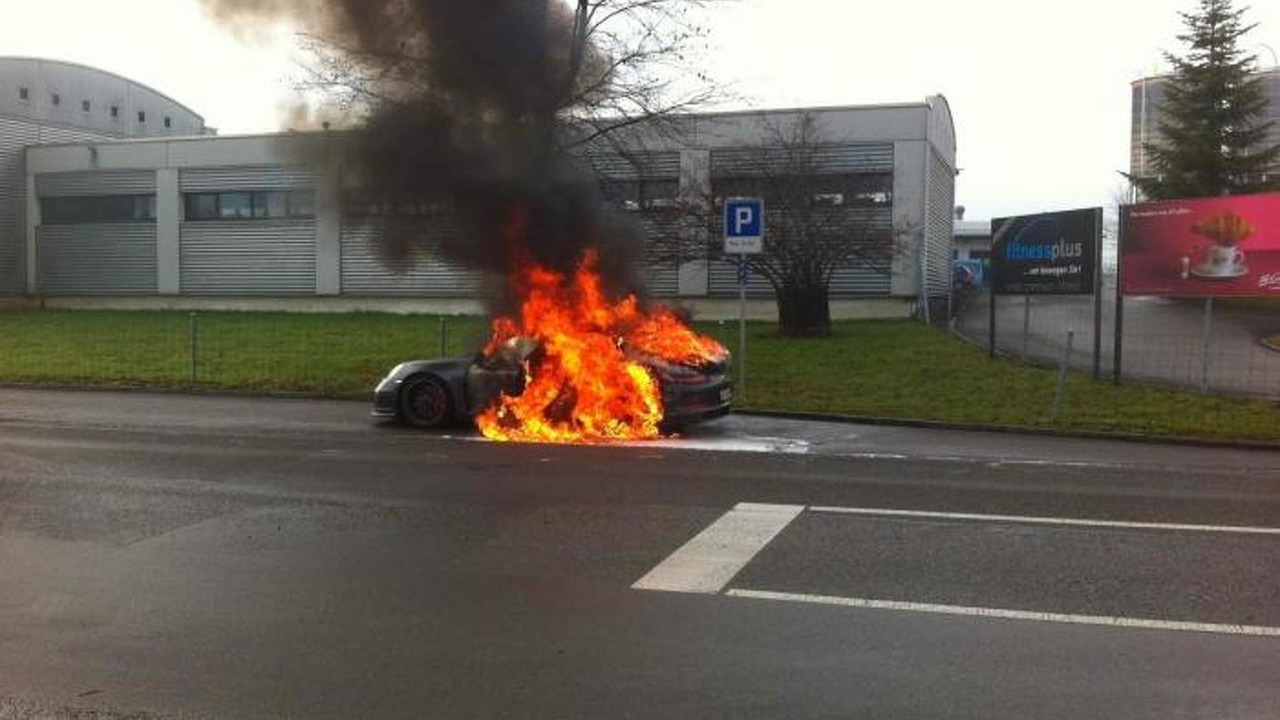 Porsche has reportedly stopped deliveries of the 911 GT3 after no less than five cars caught fire in recent weeks.

Porsche has reportedly stopped deliveries of the 911 GT3 after no less than five cars caught fire in recent weeks.

When it comes to fires involving supercars, the first name that pops into our heads is Ferrari but it seems Porsche is having a similar problem with the 911 GT3. The latest incident occurred on the Wilerstrasse in Switzerland and the car was declared a total loss in the amount of 200,000 CHF.

The driver was on the A1 highway en route to St. Gallen and heard some weird noises coming from the engine area. He decided to exit the highway and stopped the car on the Wilerstrasse. When he got out of the vehicle he noticed leaking oil and smoke coming from the back and shortly after that a fire ignited. The fire department arrived shortly and put out the flames but the car is beyond salvage.

Another similar incident occurred just last week with a brand new 911 GT3 (driven for only about 60 km) near Avellino in Italy. At first a low oil pressure warning showed up in the display and after a few seconds the car caught fire and had the same faith as the car in Switzerland.

A source close to Porsche has told Axis of Oversteer that the Stuttgart-based company is aware of this issue and as a consequence they have halted deliveries of the 911 GT3 until they figure out what's wrong.