New Nissan GT-R Due In 2023 With Hybrid Power: Report

As expected, it isn't your typical daily hybrid but it's familiar.

The Nissan GT-R is probably one of the longest-running platform used for a nameplate in automobile history. The first production-spec version of the current GT-R was introduced in the 2007 Tokyo Motor Show, and it reached the U.S. market several months after that.

Though it has undergone several updates in its current lifetime, including the latest GT-R50 by Italdesign, the R35 GT-R is essentially the same underneath its skin and long overdue for a major redesign.

But it won't be long until we see the next-generation flagship Nissan sports car – at least that's according to Automotive News' Future Product Pipeline series featuring Nissan. Nissan Motor Co. COO Ashwani Gupta told Automotive News that the company is in the process of massive lineup revamp in the U.S. And yes, that includes the GT-R.

According to the report, Nissan is already working on the GT-R's redesign, which could come out in 2023. That's just a mere two years – a fairly short time in GT-R years. Moreover, Automotive News said that the Japanese company is considering a performance-oriented hybrid powertrain for the GT-R, but it will be a kinetic energy recovery system. If that sounds familiar, Nissan's Le Mans race car, the GT-R LM Nismo, uses the same technology.

Despite The Age, The GT-R Is Still A Potent Machine: 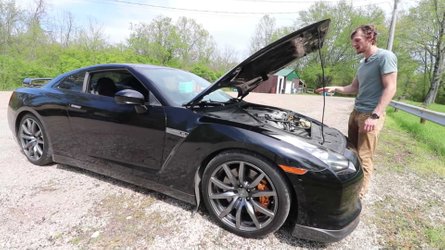 Nissan GT-R With 140,000 Miles Is Still An Impressive Performance Car 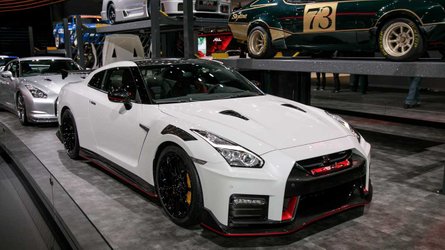 Both claims above contradict previous reports from last year. A previous story said that the upcoming R36 won't go hybrid, while another one postulated that the current GT-R will soldier on until 2027.

But then again, that was last year and many internal factors could have been affected the decisions within the company – not to mention, Ghosn happened. Now, Nissan is back on its feet for a full recovery and we're glad to hear that its halo car isn't pushed to the back burner – at least if we're to believe this report which can only be confirmed through an official release by the company.