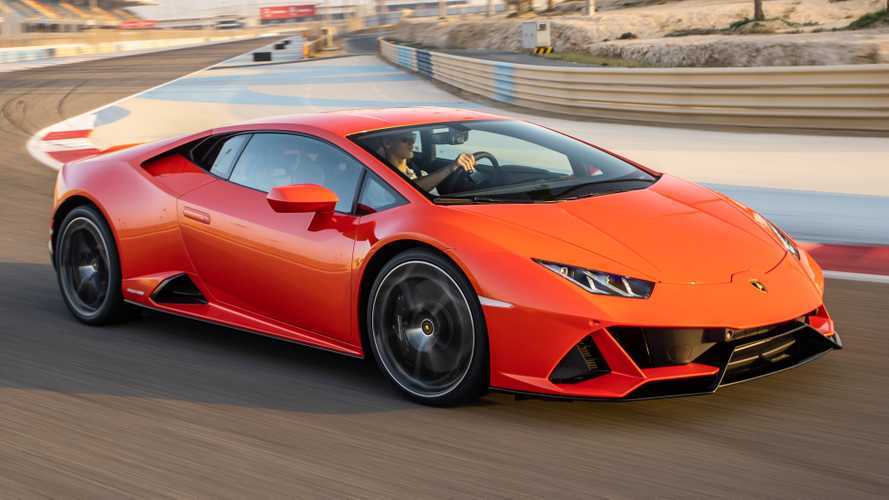 That's not how you're supposed to spend the money.

Whenever you watch a heist movie, the criminals are often careful to refrain from high-dollar purchases after the job is done. The last thing you want to do is draw the attention of law enforcement. That tried-and-true tip went unheeded by a 29-year-old Miami, Florida man who has been charged with fraudulently obtaining money from the Paycheck Protection Program (PPP), and he spent big.

The man, David T. Hines, allegedly obtained $3.9 million from the Federally backed program, which was designed to help companies pay employee paychecks during the coronavirus pandemic. Hines spent some of the cash, approximately $318,000, to purchase a 2020 Lamborghini Huracán. Authorities seized the supercar along with $3.4 million from bank accounts.

Federal authorities are charging Hines with one count of bank fraud, one count of making false statements to a financial institution, and one count of engaging in transactions in unlawful proceeds. Hines initially sought $13.5 million in PPP loans on behalf of various companies, allegedly submitting fraudulent loan applications that "made numerous false and misleading statements" about the companies' payroll expenses.

He was approved for approximately $3.9 million, according to the Justice Department's news release. Hines registered the Huracán in his name and the name of one of his companies, and, according to the criminal complaint against Hines, failed to make the payroll payments claimed on the loan applications. Instead, Hines allegedly made purchases at luxury retailers, like Lamborghini, and resorts; however, the agency's news release didn’t pinpoint any other large purchases.

Authorities unsealed the criminal complaint, an allegation of wrongdoing, against Hines when the man appeared before US Chief Magistrate Judge John J. O'Sullivan in the Southern District of Florida on Monday, July 27. The outcome of this is likely months away, though it is an excellent reminder that you shouldn't commit fraud unless you enjoy waking up to the FBI knocking on your door.

A Florida man was arrested and charged with fraudulently obtaining $3.9 million in Paycheck Protection Program (PPP) loans and using those funds, in part, to purchase a sports car for himself.  Authorities seized a $318,000 sports car and $3.4 million from bank accounts at the time of arrest.

David T. Hines, 29, of Miami, Florida, was charged by criminal complaint, unsealed today upon his initial appearance before U.S. Chief Magistrate Judge John J. O’Sullivan in the Southern District of Florida, with one count of bank fraud, one count of making false statements to a financial institution and one count of engaging in transactions in unlawful proceeds.

The complaint alleges that Hines sought approximately $13.5 million in PPP loans through applications to an insured financial institution on behalf of different companies.  The complaint alleges that Hines caused to be submitted fraudulent loan applications that made numerous false and misleading statements about the companies’ respective payroll expenses.  The financial institution approved and funded approximately $3.9 million in loans.

The complaint further alleges that within days of receiving the PPP funds, Hines purchased a 2020 Lamborghini Huracan sports car for approximately $318,000, which he registered jointly in his name and the name of one of his companies.  In the days and weeks following the disbursement of PPP funds, the complaint alleges that Hines did not make payroll payments that he claimed on his loan applications.  He did, however, make purchases at luxury retailers and resorts in Miami Beach.

The Coronavirus Aid, Relief, and Economic Security (CARES) Act is a federal law enacted March 29.  It is designed to provide emergency financial assistance to millions of Americans who are suffering the economic effects resulting from the COVID-19 pandemic.  One source of relief provided by the CARES Act is the authorization of up to $349 billion in forgivable loans to small businesses for job retention and certain other expenses through the PPP.  In April 2020, Congress authorized over $300 billion in additional PPP funding.

The PPP allows qualifying small businesses and other organizations to receive loans with a maturity of two years and an interest rate of one percent.  Businesses must use PPP loan proceeds for payroll costs, interest on mortgages, rent and utilities.  The PPP allows the interest and principal to be forgiven if businesses spend the proceeds on these expenses within a set time period and use at least a certain percentage of the loan towards payroll expenses.

A criminal complaint is merely an allegation and all defendants are presumed innocent until proven guilty beyond a reasonable doubt in a court of law.

This case was investigated by the FDIC-OIG, USPIS, IRS-CI, the SBA-OIG, and the Board of Governors of the Federal Reserve System and the Bureau of Consumer Financial Protection-OIG.  Trial Attorney Emily Scruggs of the Criminal Division’s Fraud Section and Assistant U.S. Attorney Michael Berger of the Southern District of Florida are prosecuting the case.

Anyone with information about allegations of attempted fraud involving COVID-19 can report it by calling the Department of Justice’s National Center for Disaster Fraud Hotline at 866-720-5721 or via the NCDF Web Complaint Form at: https://www.justice.gov/disaster-fraud/ncdf-disaster-complaint-form.

The year 2020 marks the 150th anniversary of the Department of Justice.  Learn more about the history of our agency at www.Justice.gov/Celebrating150Years.