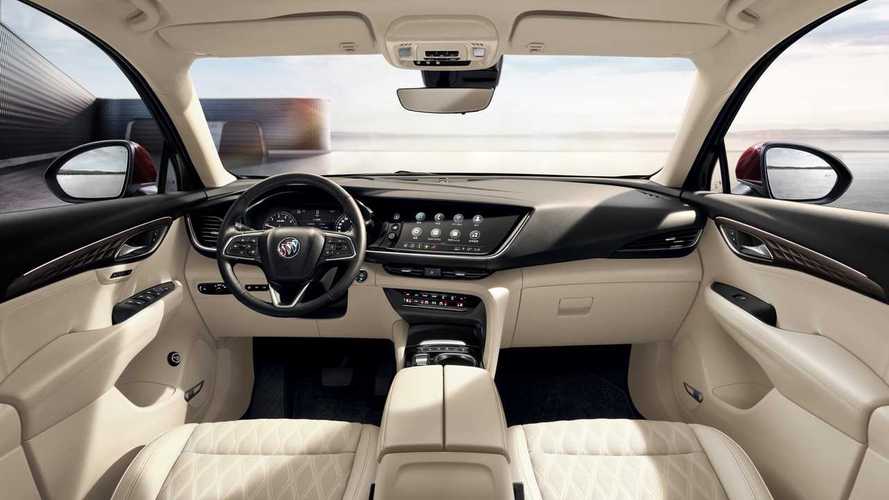 A great exterior complemented by an upscale cabin.

Buick took the wraps off the new Envision at the end of May, but it’s only now interior images of the completely revamped luxury crossover have emerged. It’s worth noting these don’t depict the North American variant as we’re actually looking at the Envision S sold in China. Considering the two models look virtually the same on the outside, it should be a similar story in the cabin.

We’re keeping our fingers crossed the Envision sold in the People’s Republic will have an identical cabin in the United States as it seems to be a massive improvement over the old model. The dashboard is less cluttered now thanks to the bigger touchscreen that has allowed Buick to incorporate some of the traditional controls into the infotainment system. The display now measures 10 inches and is angled towards the driver, while the clunky gear selector of the previous generation is now a thing of the past.

Can You Envision A Prettier Crossover?

Of the two interior configurations shown by General Motors’ China branch, the brighter one (in the top image) with the fancy upholstery is the range-topping Avenir model with all the bells and whistles. Side note, the upscale crossover has earned the “S” suffix in China to differentiate it from the previous-gen model, which will remain on sale locally.

The completely revamped Envision rides on the same E2 platform as the Cadillac XT4 and in North American specification it will use a turbocharged 2.0-liter four-cylinder engine linked to a nine-speed automatic transmission. Buick says additional details and images will be released later this year, including for the top-spec Avenir flavor.

Due to go on sale early 2021, the overhauled Envision will complement another new crossover in Buick’s North American lineup, the Encore GX. With Opel and Vauxhall now part of the PSA Group, the Encore is no longer linked to the Mokka, which uses French underpinnings for the recently introduced new-generation model.