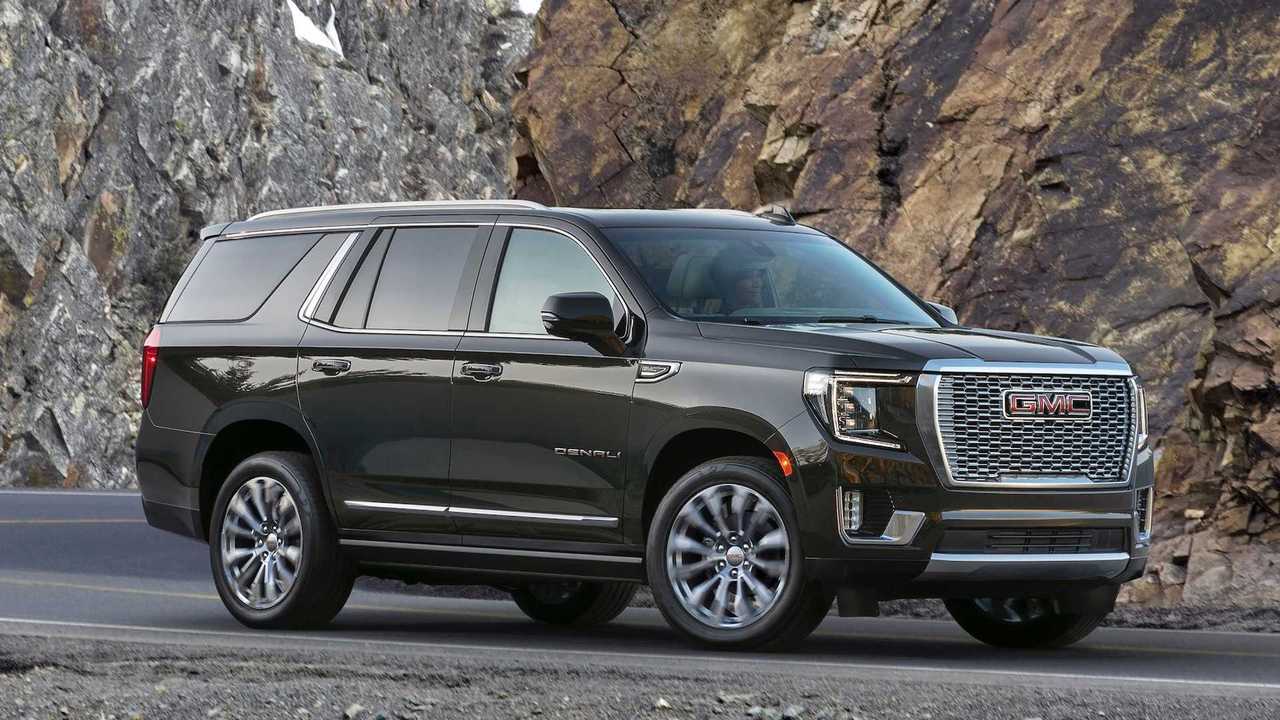 Would you like your Denali fancy, fancier, or fanciest?

The next GMC Yukon and Yukon Denali haven't even hit dealers yet, but rumors indicate that GMC is planning even ritzier variants of its flagship SUV. That's according to MuscleCarsandTrucks.com, which reports that GMC will adopt a new three-tier trim setup for its range-topping Denali model.

MC&T acquired the Yukon's order guide, which shows three packages that improve on the standard Denali: Deluxe, Premium, and Ultimate. Everything in the Deluxe package – an Advanced Technology package, rear-seat entertainment system, and 22-inch wheels – is available independently, although MC&T does point out that this $5,750 option will save customers $75 over ordering each piece a la carte. Ordering the Deluxe trim forces customers to give up on the available air suspension, and it's mutually exclusive with the Premium and Ultimate. it's unclear how much either of those variants cost at this point, or if they'll feature unique interior appointments relative to the Deluxe.

Get To The Yukon:

The move to a three-trim setup for the new Yukon Denali makes a fair amount of sense. GMC's luxury line has been an incredibly strong seller over the years, and the introduction of three packages allows the company to appeal to first-time Denali buyers and ritz the SUV up to attract wealthier customers.

Motor1.com has reached out to GMC for comment on the report and will update this post with the company's response.

Along with the Chevrolet Tahoe/Suburban and Cadillac Escalade, the new Yukon is a crucial product for General Motors. Prices start at $51,995 for a two-wheel-drive Yukon SLE, although the cheapest Denali demands $69,695. A four-wheel-drive model adds $3,000 while the long-wheelbase XL body ups the price by $2,700. In other words, the most affordable Yukon Denali with the Deluxe pack requires $75,445.