These days, big pickups with massive tires, crazy power, and six-figure price tags are all the rage. That’s why we really love this video from TFLOffroad, because it showcases what pickup trucks used to be in the North American landscape. It’s a 2018 Ford F-150 XLT so it’s not old, but its single-cab short-wheelbase design and vinyl-floor interior are decidedly old-school.

That doesn’t mean it’s a plain-Jane rig – there’s a 5.0-liter V8 under the hood and it’s fitted with a plethora of factory option packages that you wouldn't expect to find on such a small truck.  There’s also a little bit of Raptor in the mix, which we'll talk more about in a bit.

The video is part of TFLoffroad’s Dude, I Love Or Hate My New Ride series. Jay Mackay from Ontario is the owner and he decidedly loves his truck, as evidenced by the specific details and stats he can rattle off at will. Any truck owner can bolt up a set of 22-inch Captain America wheels with massive tires and call it love, but can they talk about the tighter 20:1 steering ratio or the 9.75 rear axle? Mackay can, and he’ll also point out the snowplow package on this truck – something very rare for a short-bed single-cab model. He has no plans to install a plow, but that package adds heavy-duty underpinnings for a larger payload capacity, not to mention a neat pre-installed electrical system to run a front-mount winch he plans to install.

He also knows the wheelbase is almost identical to a four-door Jeep Wrangler, and at 4,500 pounds, this truck is nearly the same weight as a Mustang Shelby GT500. It’s maneuverable off-road, and even without obscene horsepower under the hood, Mackay says his truck has a better power-to-weight ratio than many dedicated performance pickups like the Raptor. This dude knows his truck.

Speaking of performance trucks, his F-150 runs a front differential sourced from a Raptor and the tires are skinny BF Goodrich 34-inchers on stock 17-inch wheels. Fat tires might look cool, but there are some distinct disadvantages that come with such a setup. These narrow all-terrain tires combined with the snow plow package upgrades, the FX4 off-road package, and the upgraded Raptor front differential make this shorty truck exceptionally good off-road, or so we’re told in the video. Given Mackay’s extensive knowledge about his truck, we don’t have reason to doubt him. 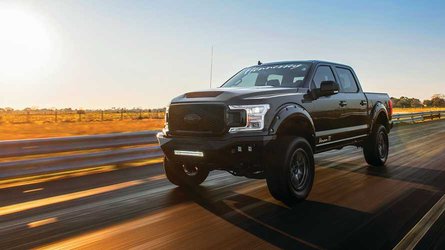 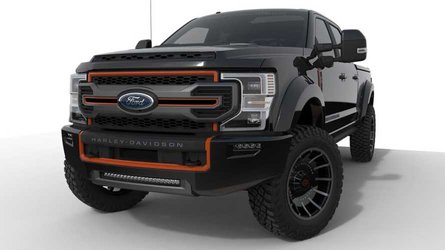 Just as we’ve become used to larger-than-life pickups, we’ve also become a bit jaded to the massive price tags associated with them. It’s not hard to spend over $100,000 for badboy truck, but this extremely capable F-150 set Mackay back a whopping $40,000 brand new in Canada. Converted to U.S. funds, that’s right around $30,000. Who says bigger is better?

The video is full of details on this unassuming but exceptional ride. More importantly, it reminds us that pickups can be do-all luxury machines or bonkers sky-high show trucks, but they don’t have to be to still be cool, capable, and fun.