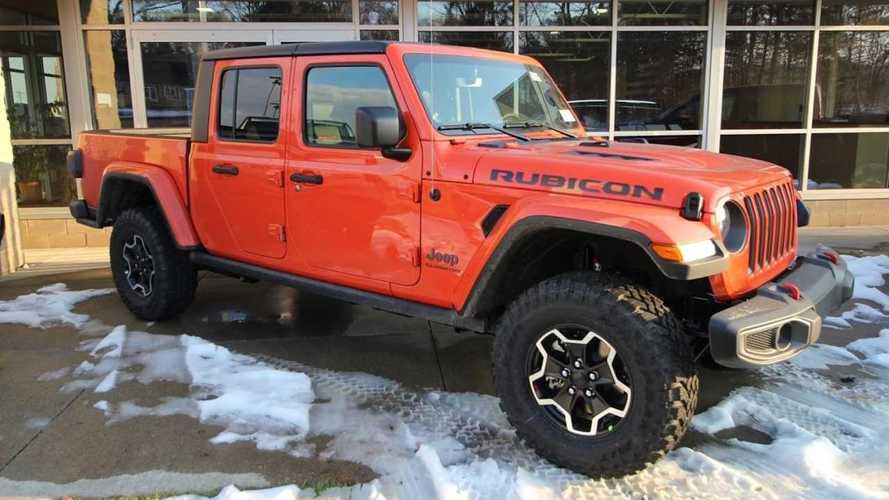 The Jeep Gladiator has the distinction of being a true Jeep and an actually decent pickup truck at the same time. It also helps that it looks pretty cool and has pretty much everything a hardcore Jeep enthusiast would want. Well, unless you don't like pickup styling to begin with. Unless you've been living under a rock, chances are you've seen at least one Super Bowl LIV commercial, even if you haven't actually watched the games. It's usually a great time for car manufacturers, as they put on a good show and spend good money outdoing each other in for the most entertaining airtime, and with all of America watching, it's well worth the investment.

And who hasn't seen the "Groundhog Day" ad by Jeep? How can you miss that Orange Gladiator? We dig the spec, and now, there's a chance at owning the very car used in the commercial. Well, that is if it hasn't been reserved as of this writing. For Jeep lovers and collectors of cars, this specific Gladiator might be of huge interest to you, especially since the commercial has over 50-million views on Jeep's YouTube channel, and was supposedly the most viewed commercial across social media during the week of Super Bowl LIV.

Some Aftermarket Goodies And High-Profile Stints:

The truck itself is located at Moore Motor Sales in Caro, Michigan, and was lent out for about three weeks and arrived five days after the ad made its official showing during the big game. The dealer even stated in an interview that the hair from the actual groundhog in the front seats was cleaned.  Priced at $57,350 without taxes, title, and the like, it also has incentives amounting to $5,882, so you can drive home the exact Gladiator that Murray used at just $51,468. Good deal for a high-profile Jeep?