2020 Audi A5 Sportback Shows Its Tasteful Facelift In New Video

A handsome car made even more desirable.

Some would say the A5 Sportback is a bit redundant seeing as how the regular A4 is essentially the same car converted to a hatchback. Those people are also saying a more practical A4 is the Avant, so there’s no reason for Audi to sell this body style variation that overlaps with models that have been around for decades. All that we have to say is that we appreciate the folks from Ingolstadt for giving customers plenty of options to choose from. As the saying goes, variety is the spice of life.

The A5 Sportback recently received a mid-cycle update in the same vein as the aforementioned A4 Sedan and Avant. Those snazzy new headlights and taillights have worked wonders on the sleek hatchback – a handsome car made even more desirable with the facelift. As you’re probably used to it by now, Auditography was among the first to immortalize the 2020 A5 Sportback, and he traveled to Poland’s capital Warsaw to shoot this 40 TFSI S Line model.

It’s a Quantum Gray example with a front-wheel-drive layout and a turbocharged 2.0-liter gasoline engine rated at 190 horsepower and 320 Newton-meters (236 pound-feet) of torque. You’ll find this engine on a great variety of VAG products, including more humble cars such as the Skoda Octavia. In this specification, it’s linked to a seven-speed S tronic transmission enabling a 0 to 62 mph (100 km/h) in 7.5 seconds. It should be all that you’ll ever need from this type of car. If not, there’s always the S5 and the flagship RS5. 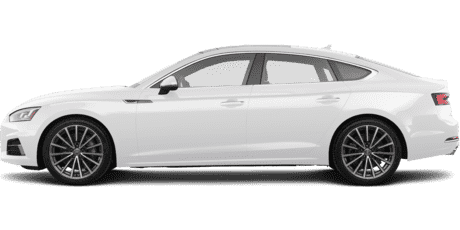 The blacked-out accents nicely complement the car’s color, and we’re also fond of those real exhaust outlets incorporating the actual tips. Those 20-inch Audi Sport alloy wheels with a five V-spoke design are going to set you back some extra money, but we think they’re well worth the financial effort. The U.S. configurator for the 2020 Audi A5 Sportback is not up yet, but the rims cost €2,400 in Germany where the paint is an additional €900 and the Okapi Brown leather upholstery is €1,070.

If there’s one thing we would change, it would have to be the infotainment. Not the system per se, but that tablet sticking out from the dashboard. It’s not our cup of tea, and ideally, the facelifted A5 should’ve integrated the touchscreen into the center console. The fancier Audis have also eschewed the conventional controls for the climate settings by replacing them with a secondary touchscreen, but you’re stuck with buttons and knobs on the 2020 A5. That’s not necessarily a bad thing since lots of people prefer the old-school layout.

The revised A5 Sportback will go on sale in the United States in the first quarter of the year, with pricing starting at $42,900. Bear in mind the base U.S.-spec model has a more powerful 248-hp engine and Quattro, while the equipment list is also different.