You can barely tell that this isn't a factory build.

Z1 Off-Road is a new, rugged offshoot of Z1 Motorsports, and both companies specialize is tunning Nissan's models. When the time came to build a custom tow rig to debut at this year's SEMA Show, the firm naturally gravitated to one of the brand's trucks. The result of the work was an overhauled Nissan Titan XD that got a dual-wheel rear axle. Z1 Off-Road gave the project the tough-sounding nickname Butch Johnson.

The video above shows the massive extent of the work. The team removed the cargo bed and overhauled the rear end to create a dually. The work included relocating the leaf springs for fitting the bigger tires. Then, modifying the bodywork was necessary to fit over the newly widened track. 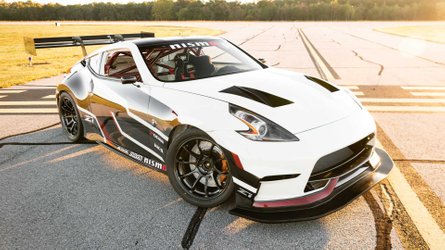 Race-Prepped Nissan 370Z Roars Into SEMA With 750-Plus HP 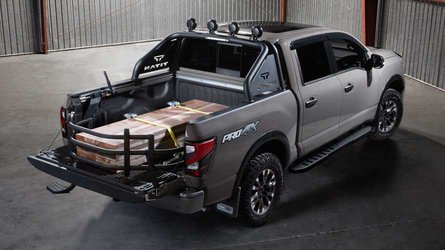 Nissan Titan Shows Off Wide Variety Of Accessories At SEMA

An updated powertrain includes an AFE intake and Mishimoto exhaust. Z1 also installs its engine calibration for making the most of the new parts. 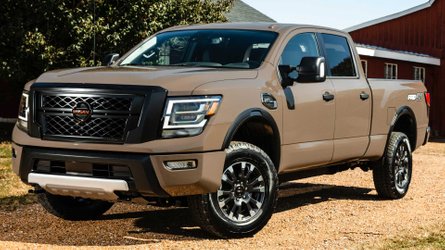 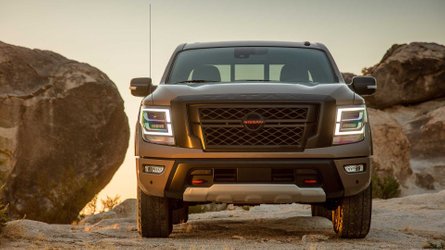 For a tougher stance, Z1 Off-Road fits a three-inch lift kit and a set of 19.5-inch wheels with 33-inch Toyo M920 tires. Eight-bolt axles can handle the punishment.

The company's colleagues at the Z1 Motorsport team arrived at SEMA this year with a track-ready Nissan 370Z (gallery above) for competing in the 2020 Global Time Attack series. A highly modified powertrain used a 3.7-liter V6 with two Garrett turbochargers and a six-speed sequential gearbox.