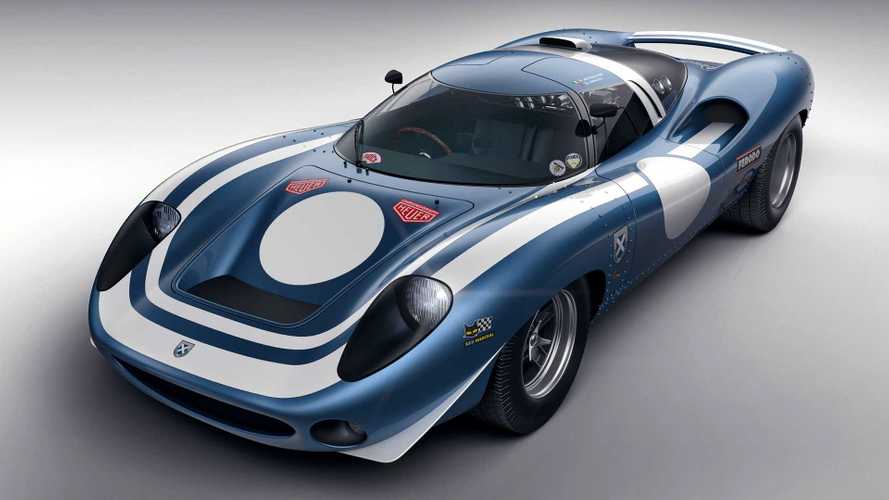 Several years ago, Jaguar Classic introduced an XKSS continuation series of nine cars to complete the model’s original run of 25 examples. Only 16 cars were made at the end of the 1950s, with the other nine being destroyed in the Browns Lane factory fire. Another Jaguar that had a rough life was the XJ13 from the mid-1960s, a one-off race car that didn’t actually get the chance to compete due to changes to homologation rules.

The curvaceous racer with its mid-mounted V12 engine was supposed to take part in the legendary 24 Hours of Le Mans, but the project was ultimately shelved. In 1971, the only XJ13 built headed to the MIRA track in the U.K. to take part in a promo film for the Series 3 E-Type, but it was crashed due to an unfortunate combination of high speed and a faulty tire. Jaguar’s first mid-engined racer was fully restored several years after the accident, although the British marque said it did not have the exact same specifications as the original car.

Fast forward to 2019, Scottish company Ecurie Ecosse aims to revive the spirit of the authentic Jaguar XJ13 with a new-old supercar featuring retro styling inspired by the 1960s racer. The idea behind the LM69 was to create a vehicle that could’ve taken part in the 1969 Le Mans if Ecurie Ecosse had the opportunity to build its own race car back in the day. Although envisioned primarily for the track, the hand-built LM69 is actually road legal – at least in the U.K. – and will be produced in a limited series of 25 units.

With the LM69 being envisioned as a late-1960s car, Ecurie Ecosse says the engineering adheres to the regulations of that period, with everything underneath the LM69’s skin featuring tech available at the end of the 60s. It’s not an exact replica of the XJ13 since it has a fixed roof, rear wing, and winglets to boost aero, while wider wheels and tires have been added as well. Composite materials have been used for the body to make the LM69 lighter than the original car.

Much like its source of inspiration, the Ecurie Ecosse LM69 uses a mid-mounted quad-cam V12 engine located underneath a beautiful see-through decklid. Output figures have not been released, but the company says it will offer the engine with a 5.0-liter displacement like the original car along with a bored and stroked 7.3-liter mill.

Ecurie Ecosse doesn’t talk about pricing, although you can imagine it’s going to be on the expensive side.