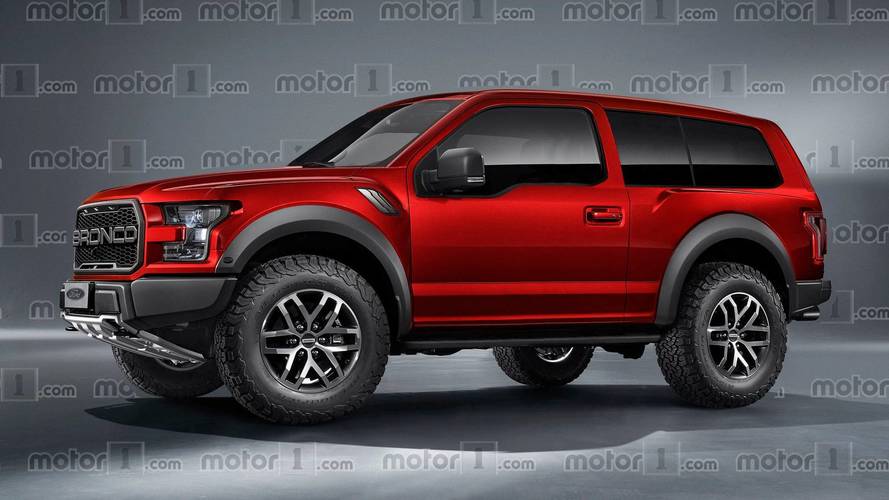 It's probably the same version as in the Ford Ranger.

The upcoming Ford Bronco allegedly uses a 2.3-liter engine, according to a new leak from a very unlikely place. A writer for Off-Road.com discovered the info on a tablet for looking up parts at a Canadian Tire store.

The listing for the 2021 Ford Bronco is also on Canadian Tire's website. Motor1.com believes the "4-140" part of the specification refers to four cylinders and 140 cubic inches, which is equal to 2.3 liters.

The Bronco using a 2.3-liter mill makes sense because the SUV has the same underpinnings as the Ranger. The pickup's turbocharged mill makes 270 horsepower (201 kilowatts) and 310 pound-feet (420 Newton-meters) of torque. Power runs through a 10-speed automatic to an all-wheel-drive system.

Ford intends the new Bronco to be capable of serious off-roading with parts that allegedly include solid front and rear axles and removable doors. An available Air Roof would reportedly offer a variety of lift-off panels so that occupants could enjoy open-air motoring. In addition to the 10-speed automatic, rumors suggest the possibility of a seven-speed manual being a transmission option.

The Bronco also reportedly gets a hybrid powerplant later in the model run. There are no details about the electrified option yet or when this variant might arrive. This model would likely be a direct competitor against the Jeep Wrangler hybrid that arrives for the 2020 model year.

Current info suggests the revived Bronco debuts around the middle of 2020, and production allegedly starts in January 2021. Ford's factory in Wayne, Michigan, is handling the SUV's assembly.