It's unknown whether that means the large SUV or the baby Bronco.

Ford held its annual meeting of shareholders this morning. Among the many topics discussed was the upcoming Ford Bronco, a vehicle the company first announced over two years ago with the promise that it will arrive in 2020. We’ve only recently begun spotting test mules, but during the lengthy teleconference, Ford CEO Jim Hackett reportedly confirmed that a hybrid version of the off-roader will join the lineup.

The news comes from Michael Martinez on Twitter, who covers the intricate goings-on at Ford for Automotive News. Some folks might find this news surprising, as the long-awaited return of the Bronco is expected to yield a vehicle that competes with the Jeep Wrangler as opposed to the full-size F-Series variant that most people remember. On the other hand, Ford has made no secrets about pushing towards increased electrification throughout its lineup, so the announcement certainly makes sense. 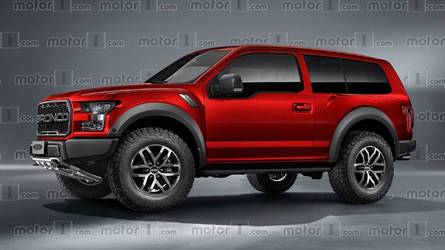 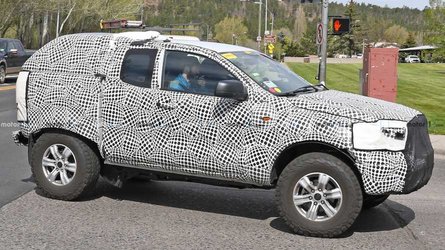 Perhaps a bigger question might be which Bronco will get the hybrid treatment? In addition to the larger model, we also know Ford is building a smaller off-roader based on the Escape. Currently referred to as the “baby Bronco,” it could prove to be a more popular choice for the hybrid powertrain, especially since Ford already has experience – albeit dated – with an Escape hybrid. A trademark application from Ford seeking the Scout and Bronco Scout names was recently found, suggesting one of the monikers could apply to the smaller off-roader.

As for the big tamale, it’s expected to be very Jeep-like with a removable hardtop and doors. Power is believed to come from an EcoBoost engine with upwards of 325 horsepower (242 kilowatts) on tap, hybrid model notwithstanding. It’s all part of a broad plan that, over the next couple years, should see both Bronco variants as well as an all-new Ford F-150 come to market. It’s believed the smaller Bronco will come first, launching next year.