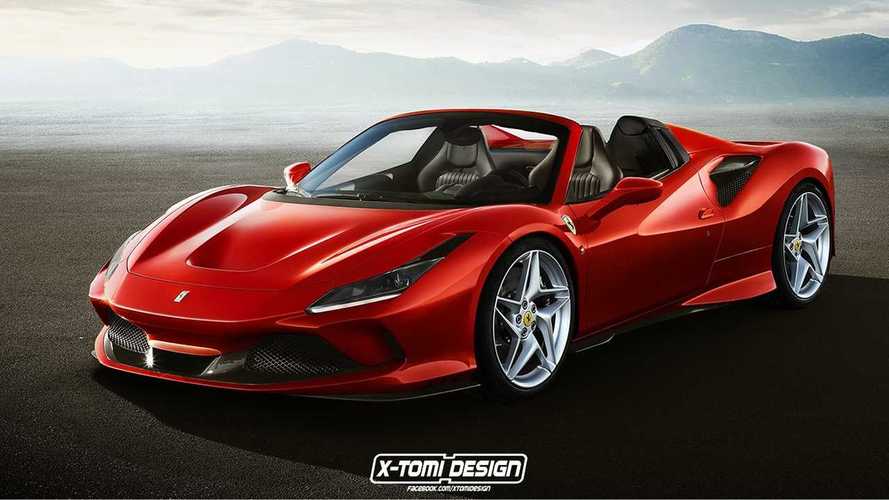 Ferrari needs to build this car.

The 2019 Geneva Motor Show is already giving us some truly delectable supercars. Last week Ferrari announced its new F8 Tributo, based on the 488 GTB but with significantly revised styling and a 720-horsepower twin-turbo V8. The car will officially make its public debut this week in Geneva, but there’s already a topless rendering of the supercar courtesy of X-Tomi Design on Facebook.

As you can see from the F8 photo gallery, the fan render is more than just an F8 with the roof digitally removed. The reimagined Ferrari also eliminates one of the F8’s retro-themed touches – the louvered engine cover that pays homage to the Ferrari F40. It follows the same design as the existing 488 Spider for obvious reasons, and it certainly looks fantastic. It would be nice to keep that see-through louvered cover though, because it's very cool as well.

Unfortunately, if Ferrari were to build a convertible version of the F8, we don’t see any way to keep that cover in place. Perhaps a removable Targa roof could be the answer, not unlike the classic 308 GTS. Such a model would fit well with the F8’s retro cues, as the 308 GTB’s curved rear spoiler and quad taillight arrangement were the inspiration for the new car’s backside. Perhaps a Ferrari F8 GTS Tributo could be in the future?

The Ferrari F8 Tributo In Detail:

With or without a roof, the F8 looks to be quite a machine. Its 3.9-liter V8 offers the same output as the 488 Pista, and the redesigned body also borrows some aero cues from the hardcore model to increase downforce. Ferrari also put the F8 on a diet compared to the 488 – with all the lightweight options included the car checks in just over 2,900 pounds (1,315 kilograms). Going roofless would almost certainly add some heft back into the F8, but there’s nothing quite like the thrill of a shrieking Ferrari V8 wailing behind your head with nothing above you but open sky.