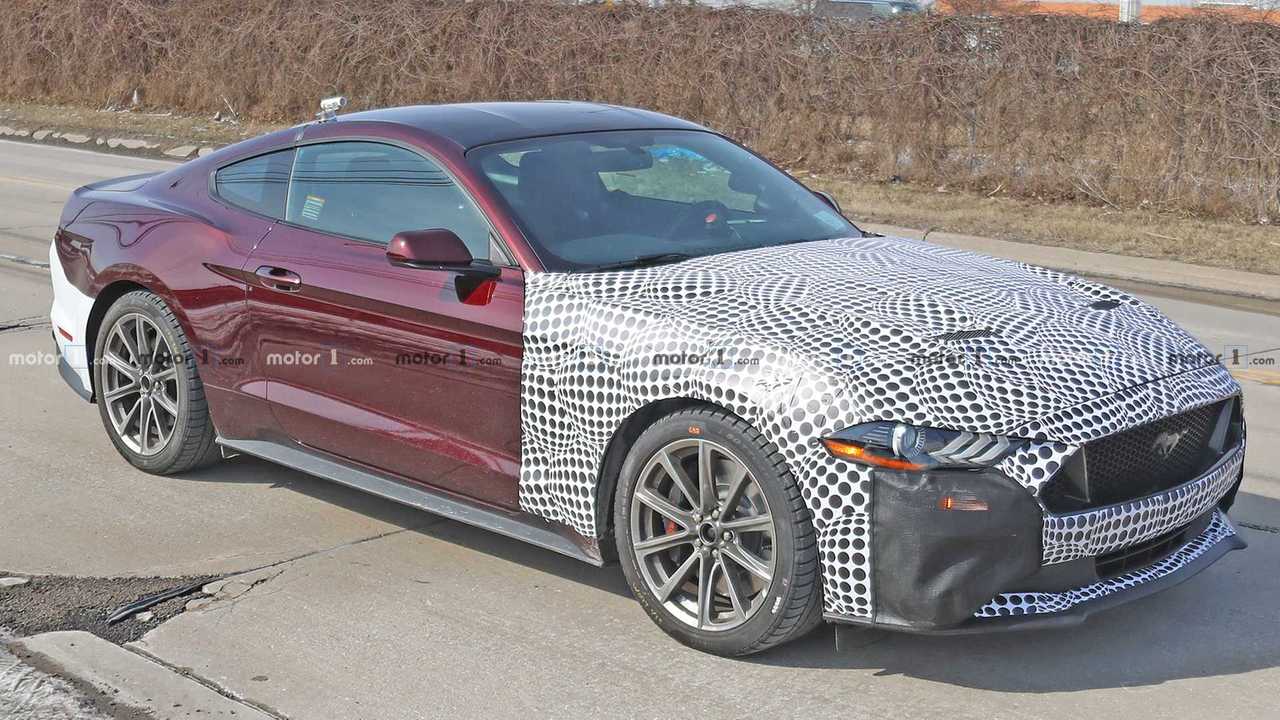 The changes to the body are minor, but they could be our first look at Ford testing an electrified Mustang.

We know a Ford Mustang hybrid is on the way, and our spies believe that these photos might be our first look at a test mule for the electrified pony car. Alternatively, it's possible that the Blue Oval might have a version of the Mustang on the way with a slightly different front end.

The front end of this Mustang is slightly different from what's currently for sale (see comparison below). The front fasica is nearly identical, but it appears that the turn signals are significantly closer to the headlights than on the existing model. Since everything else looks so similar, it's hard to imagine the reason for this change, although the tweak would presumably allow the engineers to make the corner intakes even larger by freeing up extra room below the lamps.

At the back (see below), Ford engineers fit an unpainted rear bumper, but they cut up the lower portion. A single, large exhaust outlet emerges from each side. The layout is different from the setup on the normal GT, despite this one wearing that badge between the taillights.

Ford has said that the Mustang hybrid would offer "V8-like performance" suggesting the model has fewer than eight cylinders under the hood. However, a Ford patent filed in 2017 but not published until 2019 showed the automaker's plan for a hybrid V8 with electric motoring running the front wheels and the internal combustion engine driving the rear.

The latest reports suggest the hybrid Mustang isn't arriving until the next-gen model, so this would be a powertrain test mule rather than a preview of its design. We currently expect the electrified model to debut in 2021, which would be shortly after the next-gen version's unveiling earlier that year.