Mercedes-AMG GT Spotted With A Facelift – Or Actually, Butt Lift 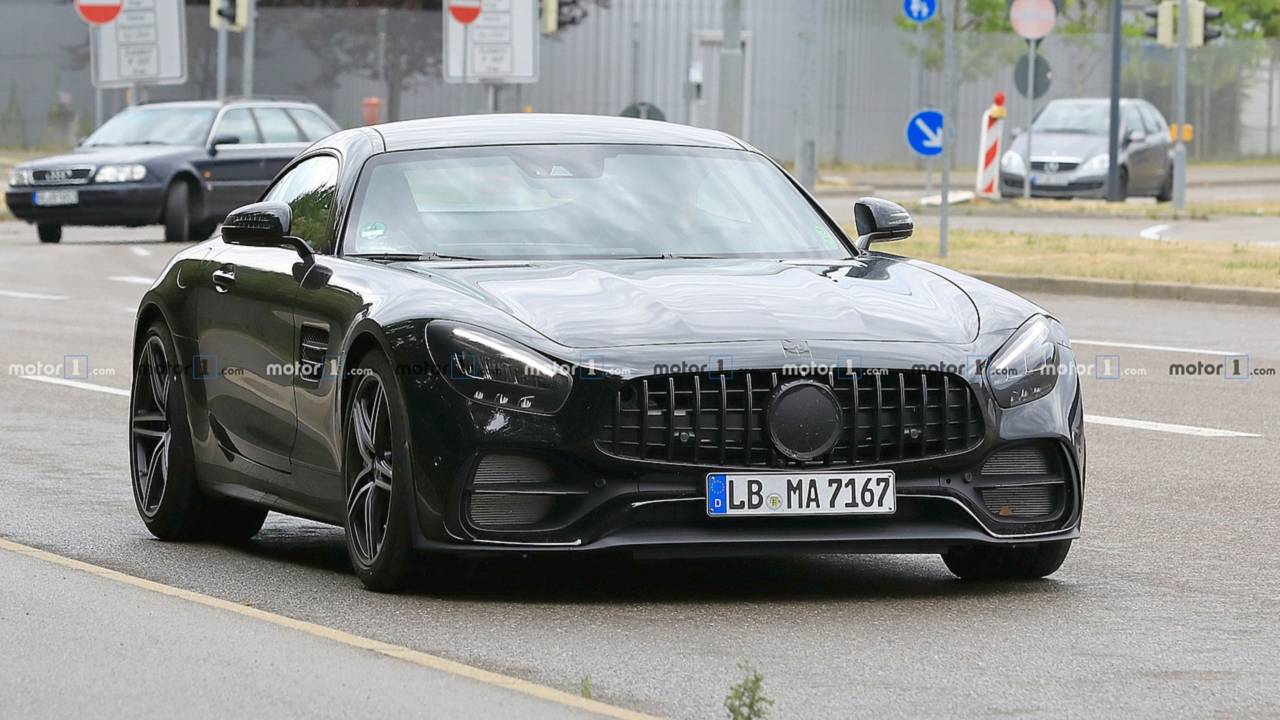 The face is unchanged but the backside gets bits from the GT C.

Would you believe that the Mercedes-AMG GT is getting a facelift? The coupe may only be three years old, but the German automaker is already testing an updated model – and we have spy photos to prove it. New images show the stylish AMG GT on public roads covered in plenty of camouflage.

For what it's worth, not a whole lot has changed. The camouflaged front fascia is almost identical to the current model, including the same Panamericana grille. Only the inner graphics of the headlights have been modified. In the rear, it appears the GT range will be getting the same sculpted bumper as the GT C; the two large vents on the GT C appear to carry over on this prototype.

Though we can't see the cabin, expect an update in line with the new A-Class and Sprinter before it. It's still unclear whether the GT will get the same MBUX infotainment system as the small sedan, but in a six-figure sports car, it's expected. Most of the materials and styling should carry over unchanged, though.

In terms of power, the new GT should get a significant bump. The same twin-turbocharged V8 will carry over, but it will get an increase throughout the range. The entry-level GT could get as much as 500 horsepower (373 kilowatts) to start, versus the 469 hp (350 kW) currently available. The range-topping GT R could get more than 580 hp (432 kW), but 600 hp (447 kW) is unlikely due to its dry sump lubrication system.

All AMG, all the time:

It won't be long before we see the new Mercedes-AMG GT in the sheet metal. The updated model will go on sale in Europe this December. An official debut will happen in just a few months, likely at the Paris Motor Show in October.

Check out these amazing Mercedes: