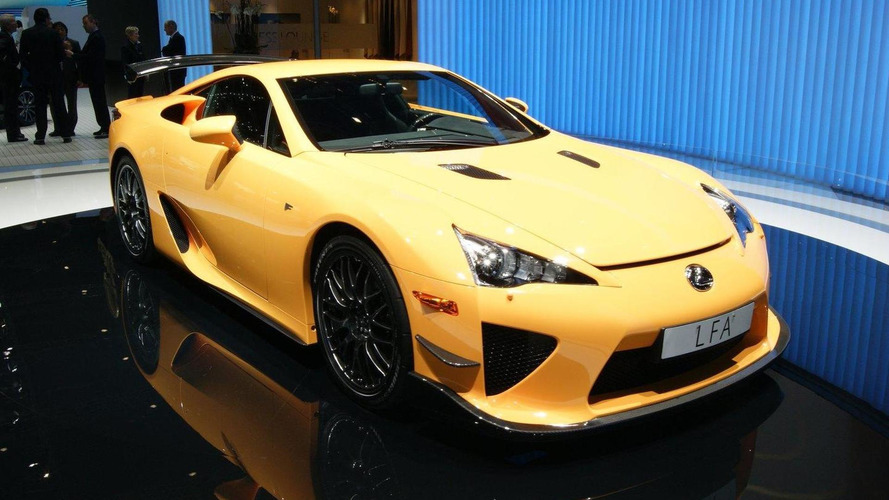 Get the story on the Lexus LFA Nurburgring package, now on the floor at the Geneva Motor Show. Details and pics inside.

Lexus has formally unveiled in Geneva a new set of upgrades for their LFA supercar.  The Nürburgring Package, first announced in March 2010, includes a series of improvements to the LFA to make it a more track-oriented car.  Those who purchase the package also get 'Ring driving lessons, and a one year pass on the course.

This kit will not be available on all LFA units, as the company is only producing 50 packages.  That means that only 10 percent of LFA owners will be able to purchase the upgrades, and it is not clear if the package can be retrofitted to first production year models.