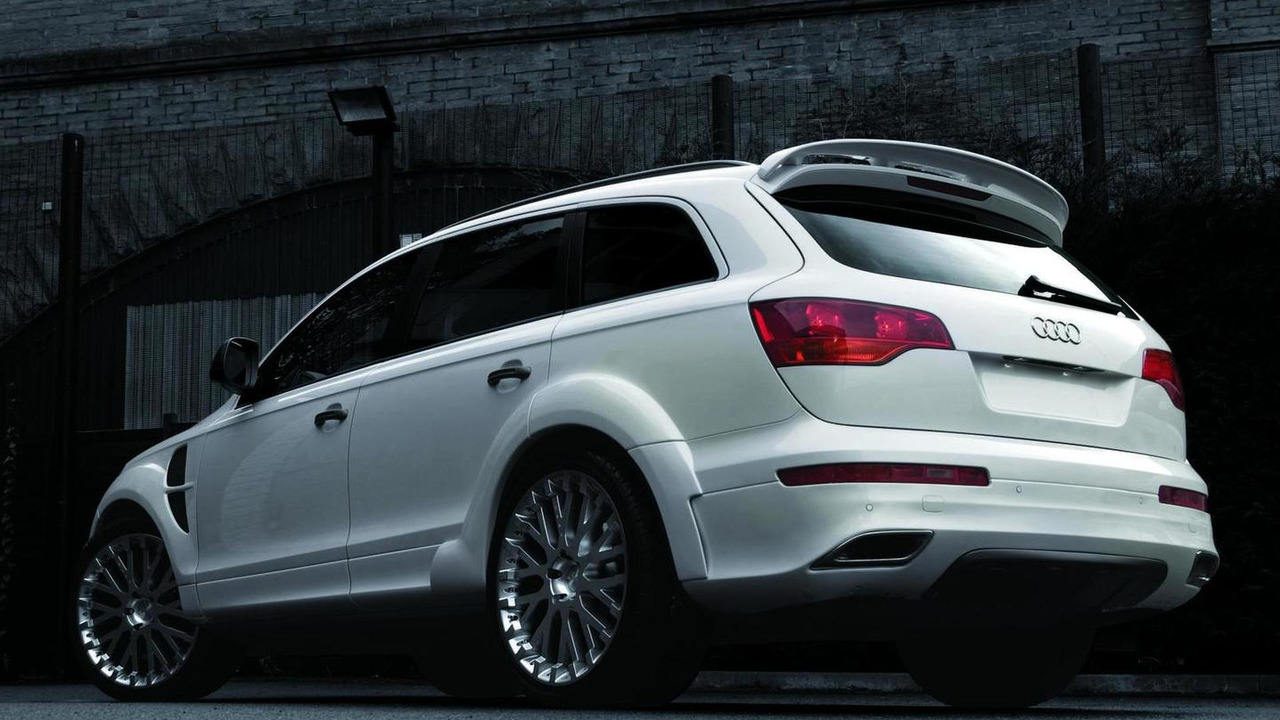 Project Kahn calls it the Audi Q7 Project, just to keep an emphasis on how hard they work on these tuning kits.

After tuning other luxury sport-utes such as the Range Rover Sport, Project Kahn has set its sites on the Q7, hoping to add some luster to the stoic German SUV.

The design house starts with the outside of the Q7, dressing it in a Pearl Soft White paint and fitting it with an in-house wide body kit which includes front wing wheel arches with vents. There's also a set of 22-inch Kahn RS-X wheels.

For the interior the 7 seats are in black quilted leather with contrasting red-stitching, red and cream-colored dials, a red and white speedometer, aluminum foot pedals and a panoramic glass roof.