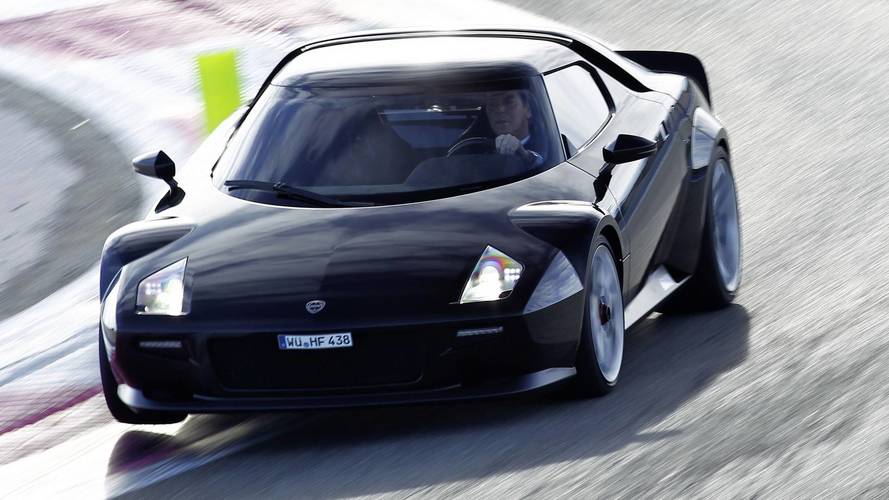 Just don't call it a Lancia.

While Fiat Chrysler Automobiles has been pouring money into the rejuvenation of the Alfa Romeo and Maserati brands, Lancia has been feeling left out. The once reputable brand is now merely a shadow of its former glory, being reduced strictly to one model (Ypsilon) sold exclusively in homeland Italy. But fans of the troubled marque can now at least take comfort from knowing that one of its most respected models, the Stratos, is being revived through a retro-flavored limited edition.

Originally announced in 2010, the New Stratos is about to become more than just a one-off as it’s actually going into production, albeit just 25 units will be built. The announcement was made today by Manifattura Automobili Torino (MAT) and New Stratos Gbr, with the two parties reaching an agreement to infuse life into the New Stratos.

But wait, there’s more. Aside from building the regular New Stratos, the two companies have inked a deal to come up with a Safari version, as well as a GT racer, though details about these derivatives are not available at the moment of writing. Technical specifications are also rather scarce, with the people behind the project promising an engine that will deliver more than 550 horsepower, along with “specially tuned suspension” to enable the reborn Stratos to “deliver an experience that no other supercar can assure on tight and twisty roads.”

Aside from drawing inspiration from its 1970s ancestor in terms of the exterior design, the New Stratos will also remain faithful to the classic model’s straightforward interior. The cabin’s party piece will be the door-mounted built-in supports for the helmets to better make a connection to the original Stratos and its glorious rally past.

But the plan to put the New Stratos into production collapsed in 2011 because Ferrari wasn’t too happy with the idea of using the F430’s chassis as the car’s backbone. With Pininfarina not willing to do the bodywork for the New Stratos without Ferrari’s blessing, the project was put on hold. Until now.

All of the New Stratos versions are going to be showcased at the beginning of next month in Geneva where pricing details will also be revealed. Hopefully, we will also get to learn more about the oily bits.

Attached below are a couple of videos shot many years ago with the original version of the New Stratos.

Manifattura Automobili Torino and New Stratos Gbr have reached an agreement for the manufacturing of a limited series of the New Stratos.

The car developed by Michael Stoschek, Chairman of the Brose Group and famous German Entrepreneur, together with his son, and originally built by Pininfarina, has been licensed to MAT that will produce and sell a maximum of 25 units.

Paolo Garella, presently CEO of Manifattura Automobili Torino and former Program Manager of the New Stratos Project, has obtained from Michael and Maximilian Stoschek permission to replicate the New Stratos using the same design and technologies of their car.

The 25 units will be offered worldwide, with the customer having a choice of different options and variations. The base platform that MAT will use to build the New Stratos will allow the creation of a GT racer, a Safari version, but also a competent supercar for the daily use.

The striking design of the New Stratos follows the lines of its world-famous predecessor offering a new exciting interpretation of the most famous and successful rally car of the past. Its lightweight design, the engine that can deliver over 550HP and the specially tuned suspensions and the ideal balance deliver an experience that no other supercar can assure on tight and twisty roads. The classic and simple car interior is a perfect example of efficient and bespoke design. It maintains the characteristics of the original car, like the integrated support for the helmets in the doors and enhances the souls and the mission of the car: making it ready to be a new, winning rally car.

Michael Stoschek has commented on the agreement by saying: “I am delighted that other passionate car enthusiasts can experience how successor of the most fascinating rally car from the seventies still sets the bar for design and performance today”.

Paolo Garella added: “For MAT this agreement is a further step in our growth and allows our path to becoming a true manufacturer. A small production run is a new challenge for us. To have the opportunity to build the New Stratos is a great honor and a recognition of the capabilities that MAT has acquired over the last few years. From its foundation in 2014, MAT has been involved in 4 different projects for the design and development of supercars. Now with the New Stratos we will deliver an extremely refined supercar that can be used every day but also deliver excitement and exhilarating fun on twisty roads.”

The car in all its variants will be presented at the upcoming Geneva Motorshow at the MAT stand. Prices and terms of delivery will be announced during the event.

Find more details about the car at www.new-stratos.com