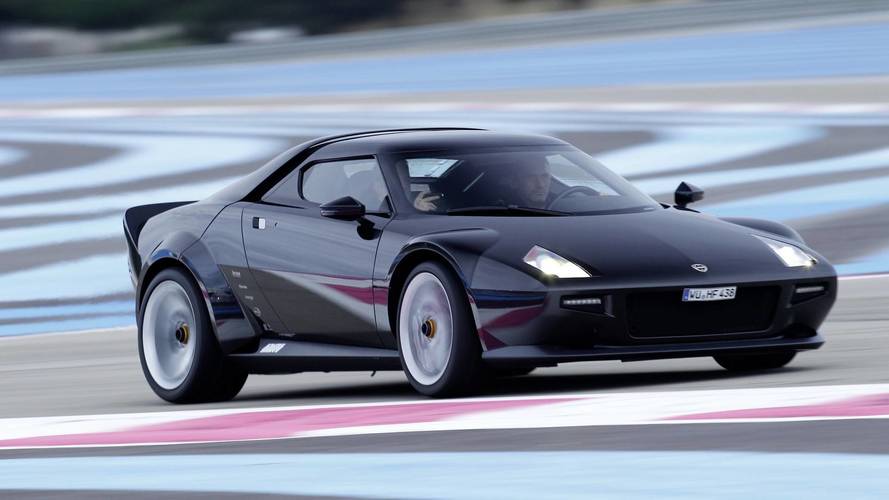 Optional upgrades will add power but will take the cost even higher.

Manifattura Automobili Torino (MAT) will unveil its revival of the iconic Lancia Stratos at the Geneva Motor Show, and getting one of the 25 units of the so-called New Stratos will be a rather expensive undertaking, according to Automotive News Europe. The model by itself will start at 500,000 euros ($618,000), but customers will also have to supply a Ferrari 430 Scuderia donor car – an estimated additional value of $108,821, according to Kelley Blue Book.

The New Stratos dates back to 2010 as a one-off, 430-Scuderia-based vehicle. There were plans to build more, but Pininfarina, the original designer, refused to produce the bodies without Ferrari's permission, which the Prancing Horse didn't give. Now, MAT and a firm called New Stratos gbr have worked out a way to assemble a few more for folks wealthy enough to afford them.

MAT and New Stratos gbr will have a booth at the Geneva Motor Show where they will show the standard New Stratos, a Safari version, and a GT racer. Details about the two variants are not yet available. MAT already has at least 12 customers for the New Stratos, according to Automotive News Europe.

At a base price around $720,000 before options, the New Stratos is more expensive than some examples of the original model. For example, a beautiful ruby red example recently sold for $475,000 on Bring a Trailer, leaving plenty of money for the matching watch and potentially even a Lancia Delta Integrale.