12 Craziest Things Ever Caught On Dashcams 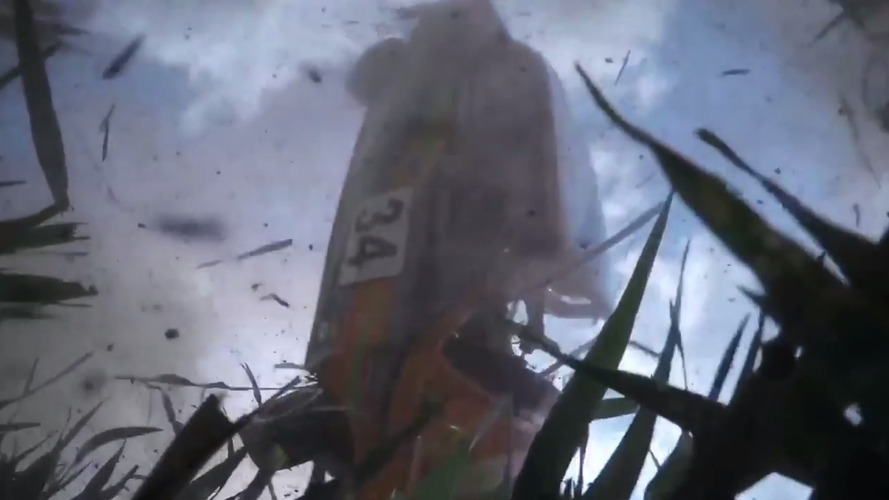 Bizarre things often happen on the road, and the proliferation of dashcams now lets us see these weird events

Weird things have been happening on the road long before cars ever existed, but the relatively recent boom in popularity of dashcams has finally let the world see these bizarre events. The 12 clips below demonstrate the huge breadth of what these videos capture like bad behavior behind the wheel, weird accidents, and truly cosmic phenomena.

This shocking video captures the amazing moment when a car goes flying through the air and into the second floor of a building in Santa Ana, California. The dashcam recording this wild event shows that the crash happens seemingly out of nowhere. According to ABC News, the two occupants in the vehicle suffered minor injuries, and police arrested the driver on suspicion of driving under the influence.

2. Plane Lands On The Road

The Pinellas County Sheriff in Clearwater, Florida, captured this amazing footage of a small plane attempting an emergency landing on a busy road. The police were responding to a different call at the time, and these officers were in the right places to get the perfect angles of this crash. The pilot and the passenger walked away from the scene, and the crash didn't hurt anyone on the ground.

When sitting at a traffic light, no one expects the truck nearby to explode. This tanker in Moscow, Russia, doesn't go up in a fireball, though, but this eruption might be worse. With no warning, a flood of feces bursts from the truck. Worst of all, a white crossover takes the brunt of this crappy situation.

The Chelyabinsk meteor weighed over 13 tons (12 metric tons) and was moving 40,400 miles per hour (65,000 kph) when it entered Earth's atmosphere on February 15, 2013, according to the National Museums of Scotland. Dashcams across Russia caught the flaming rock flying through the sky. It eventually exploded over the city of Chelyabinsk, Russia – hence its name. The shockwave shattered windows and injured 1,500 people largely from flying shards of glass.

This Skoda 130R rally car was speeding along a stage when everything went wrong. The driver lost control in a corner and flung the vehicle into a roll. The dashcam flew from the cabin and landed in the perfect spot to capture the Skoda cartwheeling overhead.

A SpaceX rocket launch from Vandenberg Air Force Base in California made quite a show in the sky on its way out of the atmosphere on December 22. Some drivers didn't keep their eyes on the road, though, which resulted in crashes like this one.

Why did the chicken cross the road? Apparently, the foul fowl just wanted to cause some chaos.

Really, the driver behind the person taking this video deserves the scorn for following too closely.

This video is very confusing. The Toyota Supra ahead of the car with the dashcam doesn't appear to be speeding or driving erratically. However, when the road gently curves to the right, the driver goes left. The Supra launches into the air and down a small hill.

It's possible that the driver missed the turn to the left and made a sudden move. However, the Supra already appears to be past the intersection when the driver loses control.

We're all in a hurry sometimes, but trying to change a shirt while driving on the highway is a horrible way to save time. Visually, this video doesn't offer much explanation for why the woman driving this Toyota Corolla suddenly loses control. However, the angry truck driver is happy to explain what's going on.

Icy roads are dangerous, and this Jeep Grand Cherokee driver is incredibly lucky. The red SUV makes a lane change and hits a patch of black ice. The out of control vehicle then manages to do two complete spins before getting the Jeep back under control. It's quite an impressive performance, but we suspect the driver isn't doing this on purpose.

This clip captures two ladies driving around a warehouse complex and looking for some candle supplies. However, rather than wicks and wax, these gals find a flooded loading dock. While the video clearly shows the hole ahead, the ladies don't notice the pit until it's too late.

12. Floating In A Tsunami's Surge Of Water

The rest of these videos are relatively lighthearted, and if there are any injuries, then they are minor ones. However, this clip shows an event where roughly 20,000 people lost their lives.

Japan's 2011 Tsunami was a terrible natural disaster that also caused the meltdown at the Fukushima Daiichi nuclear power plant. This driver happened to have a dashcam recording as the water arrived.