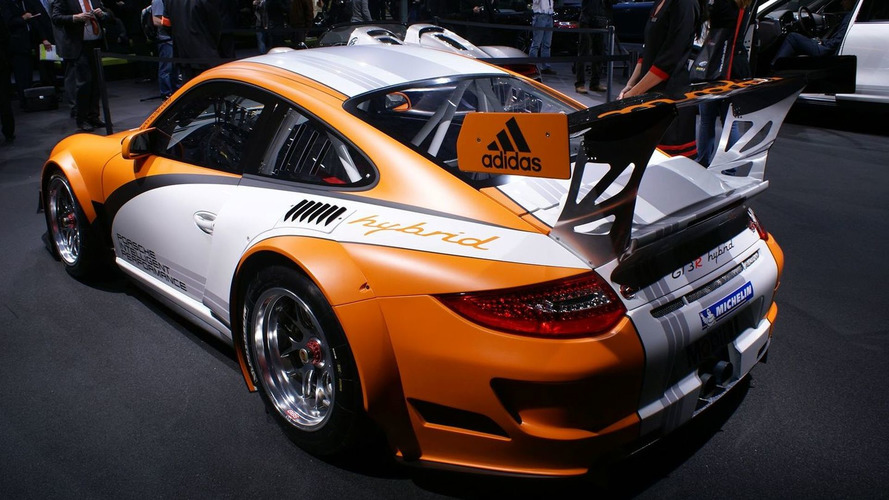 Porsche has introduced the 911 GT3 R Hybrid at the Geneva auto show.

The 911 GT3 R Hybrid is a mild hybrid car, meaning it is unable to run solely on electrical power. It uses a KERS system (kinetic energy recovery system) developed by the Williams F1 racing team. The hybrid setup uses a flywheel generator and a regenerative braking system to power two electric motors mounted at the front of this rear-engined vehicle. Porsche calls the system Intelligent Performance.

The two electric motors produced up to 120 kW (163 PS / 161 hp) of power in eight-second bursts of electricity provided by the rest of the system. The flywheel generator is also powered by the engine - a 4.0 liter six-cylinder gasoline/petrol power plant with 353 kW (480 PS / 473 hp).

In the video Porsche representatives also introduced the Cayenne hybrid and the 918 Spyder, also with hybrid technology.

The Porsche 911 GT3 R Hybrid will be taking part in the 24 hour race on the Nordschleife track of the Nürburgring circuit in May.