It accelerates harder than the space shuttle, using just water and compressed air.

Remember playing with water rockets as a kid? Just fill it with water and pump in air until it launches to the stars, or more accurately, your neighbor’s roof. This video is pretty much the same thing, except that water and air are combined to illustrate Newton's third law of physics in a mind-blowing display of acceleration. And when we say mind blowing we aren’t kidding around – this bonkers, custom-built trike pulls over 5g on acceleration. For the record, that’s more than astronauts experience during takeoff in a real rocket.

Say hello to François Gissy and his water-powered trike. If that name sounds familiar to you, it's the same person who went 207 mph on a rocket-powered bicycle (yes, bicycle) a few years back, setting a world record. His home built trike is pretty straightforward, consisting of two rear wheels, a single front wheel with handlebars and a fat Brembo brake, the water tank, and that's pretty much it. There's not even a seat – Gissy's only means of coping with the brutal launch are the handlebars, a pair of foot rests, and presumably a Jedi-level mastery of the force to keep him in place. 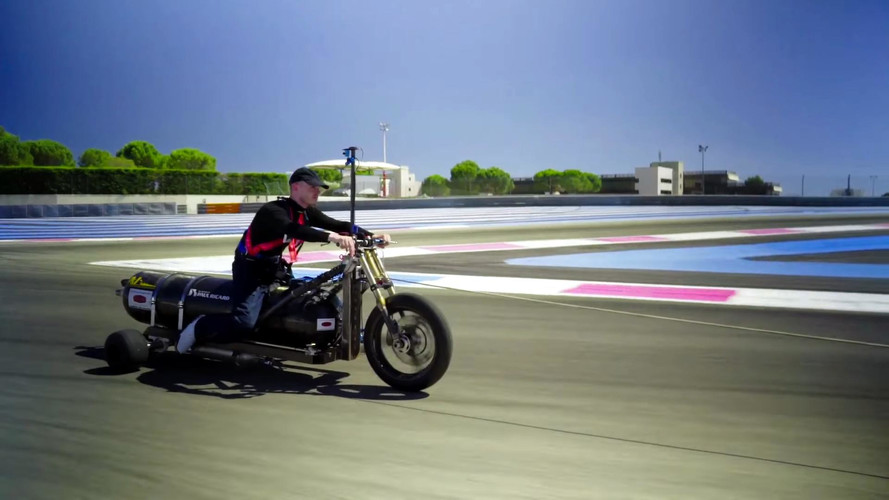 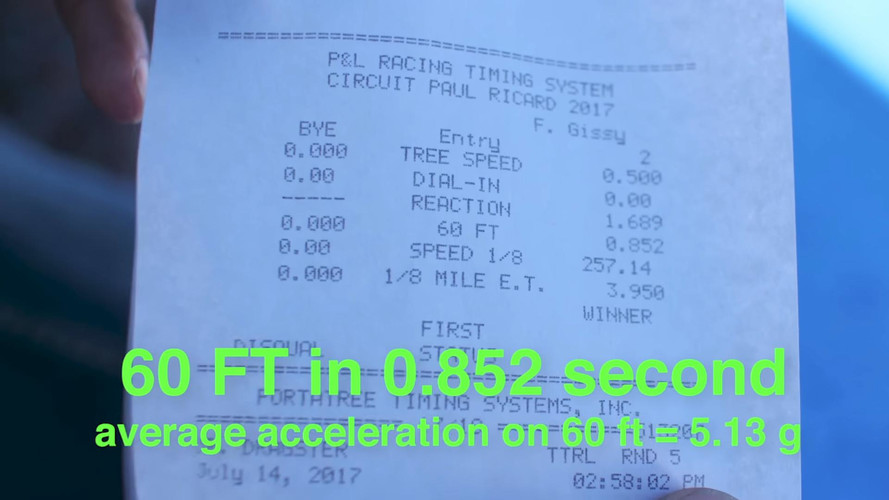 We don't think his latest run establishes any new benchmarks, primarily because we can’t find any benchmarks for such a feat. When Gissy releases the pressure, he goes from 0-62 mph (0-100 kph) in just half a second. He covers the eighth-mile in 3.95 seconds and hits 162 mph (261 kph) in the process, all from the power of just water and air. We'll be thinking about that with some measure of awe and concern the next time we look at our hot water heater.

Gissy has a longer video with some extra footage that’s worth the view, and he says he’s seeking sponsors to build "much more powerful, spectacular, and faster vehicles." We aren't sure how one tops a 160-mph water-powered trike, but we're sure keen to find out.