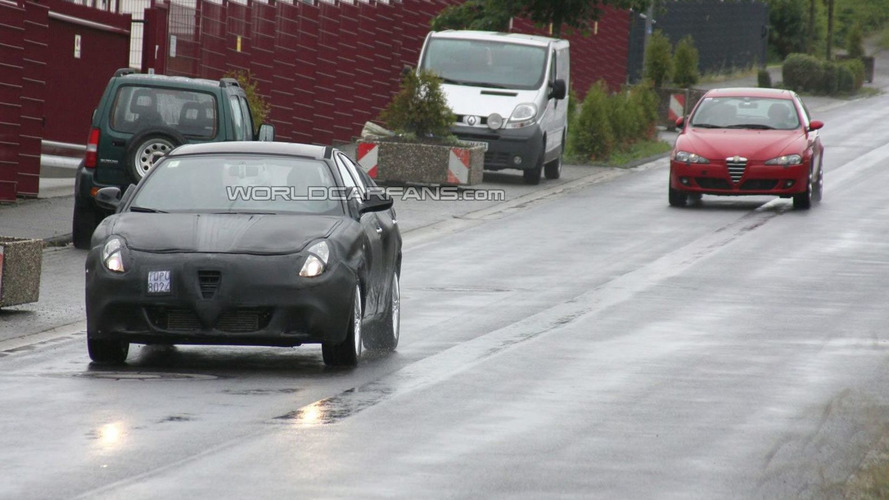 The Alfa Romeo 147 is being replaced by the Milano which has been spied just outside the Nürburgring. The car will appear at the Frankfurt Motor Show and become available for sale in 2010.

The Alfa Romeo 147 is being replaced by a car called the Milano. The Milano has been spied before and these are more pictures of the car taken not far from the Nürburgring.

Inspiration, or rather family resemblance with the new MiTo is quite apparent even under all that black camouflage. The big front headlights and typical Alfa grille are evident as are the round rear lights.

The Milano will compete in the premium hatch category and as such goes up against the Audi A3, BMW 1 Series and to some extent the Mercedes-Benz A-Class as well as the Volvo C30.

Alfa is expected to line up some potent arsenal to provide the main thrust for the Milano. Included in that list are the 88kW (120hp) and 116kW (158hp) 1.4 TJet turbo petrol. Of course there will be diesel options as well. A hot GTA model is a virtual given but there is doubt as to whether it will use a 3.2-litre naturally aspirated V6 like the previous 147 GTA or go four-cylinder turbo like Audi.

A public appearance is expected at the Frankfurt Motor Show in September while sales will begin in 2010.