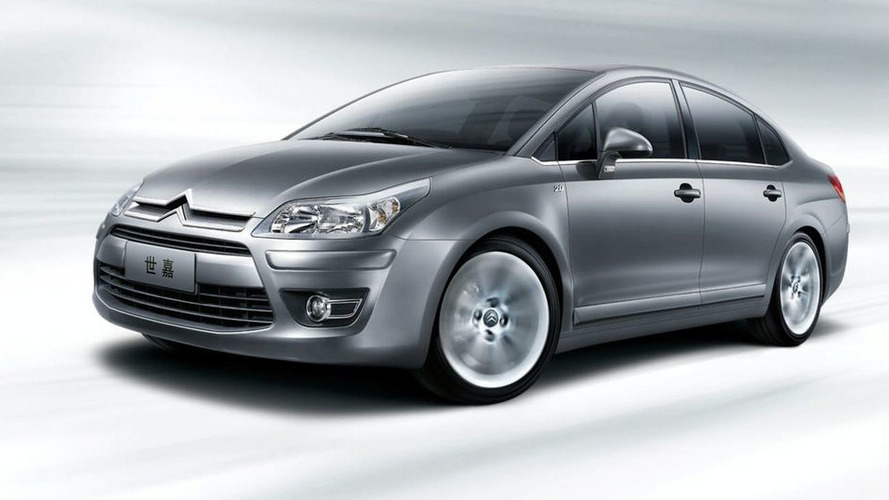 Citroen wheeled out an updated version of their C4 extended wheelbase sedan in Shanghai. Also known as the C-Triomphe, the C-Quatre has several design changes, making the vehicle more competitve in China.

Citroen has given us a glimpse of their updated European C4 extended sedan, which just took the stage at the Shanghai Motor Show. Previously known as the C-Triomphe in China since late 2006, the name was changed to C-Quatre with the Chinese launch of the facelifted C4 hatchback in August 2008. Now the sedan has received the facelift too and wears the C-Quatre name as well.

Unlike the C5, which has a full boot, while keeping the enlarged opening provided by a hatchback, the C-Quatre is a more traditional 3-box (aka sedan or notchback). This look is preferred by consumers in China, according to the French automaker. The compact four-door sedan was designed out of a joint venture between Dongfeng Motor Corporation and the Peugeot-Citroen parent PSA Group.

Some changes on the car include a redesigned front fascia, which includes a body-colored front lip, and more compartmentalized fog lights. The nose appears to stick out a bit more, and the door panels look to have a bit more definition - particularly near the side sills. It also looks as though the center of the car is raised a bit, giving a rounder roofline, and more headroom for rear passengers.

The Chinese consider the number "four" to be unlucky, but perhaps the "Quatre" name is enough to keep the numerologists feeling protected.

We can't say for certain that the Citroen C-Quatre is just for the Chinese market. The new model will be produced domestically in that country, and hits the showroom floor there this June. With the C4 sedan also produced in Argentina and on sale in Europe and South America, we wonder if other markets will also get the revised look anytime soon.