Won't be sold in Europe.

Citroen’s model invasion in China will continue with the launch of the next generation C5. The model is no longer available in most of the European countries due to slow sales, but is still on sale in the People’s Republic. The French company is ready to give the current C5 a well-deserved retirement with a brand new model, set to be fully unveiled at the Shanghai Motor Show in April.

So far, Citroen has released only two design sketches, previewing the model – one exterior and one interior. We can’t say we are impressed by the design, as the car looks like a facelift for the current C5 rather than a brand new generation. However, spy photos have revealed the front end of the car will be completely redesigned, featuring new headlights, grilles, and bumper, and giving it a fresh new face.

Europe is also getting a new C5:

More important changes have occurred inside, where the French engineers have installed a fully reshaped dashboard with new digital instrument cluster and a tablet-style center display. The layout resembles the cabin of the company’s flagship model in China, the C6, which is already on sale in the country. 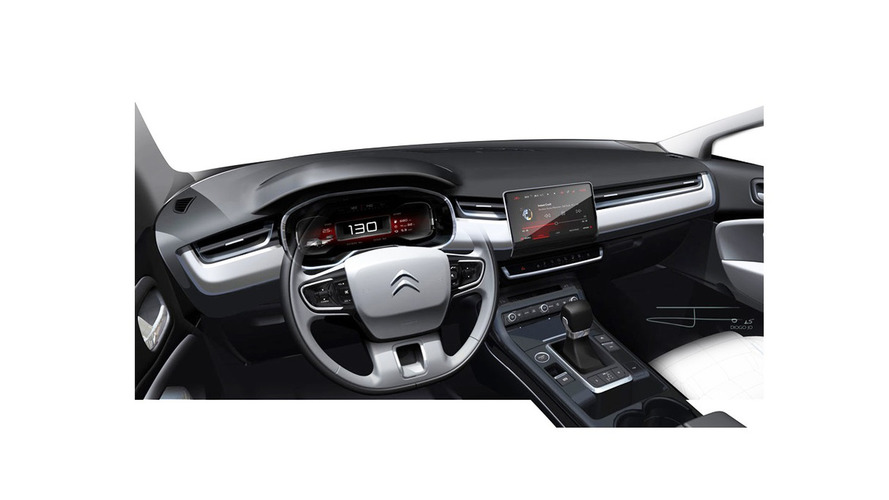 Preliminary details suggest the new C5 will be powered by the same range of engines, used in the current generation of the model in China. This means customers will be able to choose from a 1.6-liter turbo gasoline unit with 167 horsepower (124 kilowatts) and a bigger 1.8 turbo unit with 204 hp (152 kW) and 207 pound-feet (280 Newton meters) of torque. Both motors will be paired exclusively to a six-speed automatic transmission, sending power to the front wheels.

The brand’s Hydractive hydropneumatic suspension won’t be available for the new C5 as the company has decided to drop it from its portfolio due to the high production costs and low customer demand.