Not happy with the Supra? Lexus just premiered a coupe that could be even better.

After years of rumors, spy shots, and speculation, the Toyota Supra is finally back, but now we are feeling a tiny twinge of disappointment. After such a long buildup to this revival, official confirmation of the 3.0-liter twin-turbo inline six making 335 horsepower is a little bit of a letdown, especially when the top engine in its BMW Z4 sibling has 382 hp. Among modern sports coupes, having around 400 hp is the place to be, and models like the 460-hp Ford Mustang GT and 455-hp Chevrolet Camaro SS push things even higher. While we are pretty sure a more powerful Supra is under development, it’s at least a couple years away. Thankfully, Toyota already has a solution for buyers hankering for more ponies – the Lexus RC F. If the Supra isn’t what you are hoping for, then see what Lexus can do.

Get all the facts: 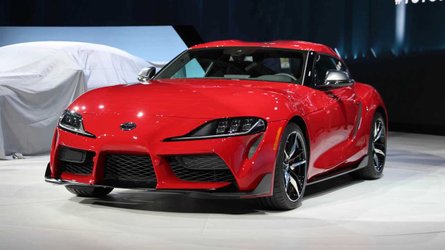 Before you pull out the torches and pitchforks, hear us out. The Supra’s legacy has always been as less of an all-out sports car and more of a grand tourer combining technology and impressive performance. Looking at things this way, the RC F is the perfect upgrade over the new Supra given the Lexus’ standard driver assistance tech and 5.0-liter V8.

Plus, folks looking for all-out performance can check out the new RC F Track Edition. It retains the standard model’s revised V8 with 472 horsepower and 395 pound-feet of torque, but uses lots of carbon fiber to shed 176 pounds off the scales. After the diet,  Lexus estimates the Track Edition can hit 60 miles per hour in 3.96 seconds, versus 4.1 seconds for the new Supra. 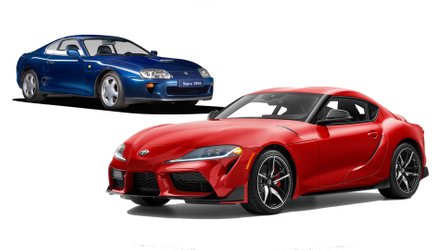 There’s also the issue of the Supra’s cabin that’s nearly identical to the latest Z4.  While there’s nothing egregiously bad in there, it’s still odd for us to see the T emblem on the steering wheel but find BMW’s iDrive controller on the center console. Some buyers might feel the same way. While Lexus’ Enform infotainment system is far from perfect, the refreshed RC F has a cabin that matches the futuristic-yet-luxurious aesthetic of the rest of the brand’s vehicles.

Finally, there’s the question of availability. The revival of the Supra name is sure to cause an initial flurry of orders, possibly leading to some dealers tacking on market adjustments to boost the price even higher. Conversely, the 3,358 RC deliveries in 2018 – the company doesn’t break out RC F figures – suggest that folks aren’t breaking down dealers’ door to get one. Someone ordering a 2020 model shouldn’t have to worry about waiting in line.

WIthout driving the production version of the 2020 Supra, it’s too soon to make any definitive statements about how the coupe drives. However, 335 hp doesn’t seem like enough muscle for the market. At least if anyone wants a coupe with more oomph, the RC F Track Edition provides an immediate alternative.