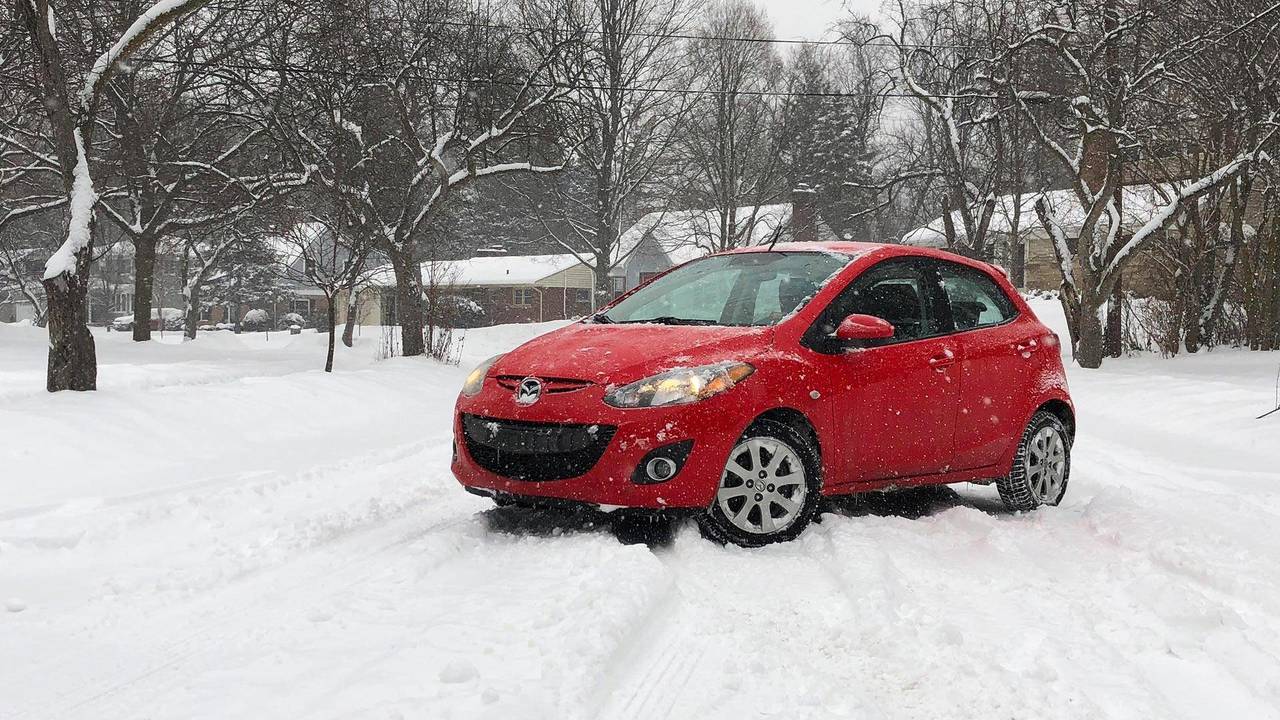 One editor gets a bit ranty now that Michigan’s seen a spot of snow.

It’s snowing like crazy in Michigan again, which means people are driving like idiots (or at least encountering other people driving like idiots). I was born and raised and taught to drive on the eastern edge of Lake Michigan, where snow drifts are more prevalent even than vowel shift and registered Republican voters. And yet, I am the first to admit that I am a non-genius about driving in the snow.

Still, I get by, and I don’t get in wrecks. Here’s why: I know three basic rules that any idiot can follow, and still, most years, plenty of idiots do choose not to.

1. Put freaking snow tires on your car, ya’ knob!

Snow tires are one thousand percent more effective in snow than *shudder* all-season tires. Like indoor-outdoor living and puffy vests, all-season tires are fine for places with occasional weather, like California and all the other “property value states.” But if you’ve got Bears, Browns, Bills, or Lions bumper sticker on your car, please mount some knobby rubber.

For what it’s worth, this is a difficult lesson to drive home, even to those who you’d assume would know better. There’s a front-wheel-drive sedan from the Detroit press fleet in my driveway right now, that has been rendered temporarily undriveable thanks to a set of useless all-seasons. Meanwhile, my wife’s plucky old Mazda2 can go anywhere on its brand-new Bridgestone Blizzaks.

Detroiters especially seem to take a perverse pride in driving on the highway like they’re lining up for a pass at Daytona. In good weather, this is fun: hang a foot to one inch off the back bumper of the guy in front of you – probably at 80 miles per hour or more – until someone blinks. (I’m only being half facetious.) On dry roads, with good brakes and no texting (both big ifs), I can deal with that level of aggression.

But when the roads are crap – unplowed during blizzard days like today, or vast tracks of sheet ice in the frozen dawn – it really does pay to back the truck up, as it were. Giving ample space between your car and the next one doesn’t mean you’re “losing,” it means that when the truck in front of you hits an epic pothole that’s been blanketed in snow and spins wildly into another lane (this is a thing that happens), you’re not five feet behind and thus taken along for the ride.

I’ll admit that it took me three decades and a really smart wife to figure this one out. But sometimes the best thing to do is just chill at home if you don’t really, really, have to go out. Shovel your driveway, let the plows do their thing without you out there, risking life and Lexus (or whatever).

Here’s an idea, why don’t you make a pie? Doesn’t a pie sound good on a snowy day like this one? Plus, the whole house will smell good for the rest of the day, and you’re going to need those extra calories to push your idiot neighbor’s car out of the road, after he tried running out in his ‘01 Mustang for a six pack.

Work? I get it, but  bet 90 percent of you can also work remotely with a laptop and cell phone. Hell, I'm doing it right now! Stay safe out there.