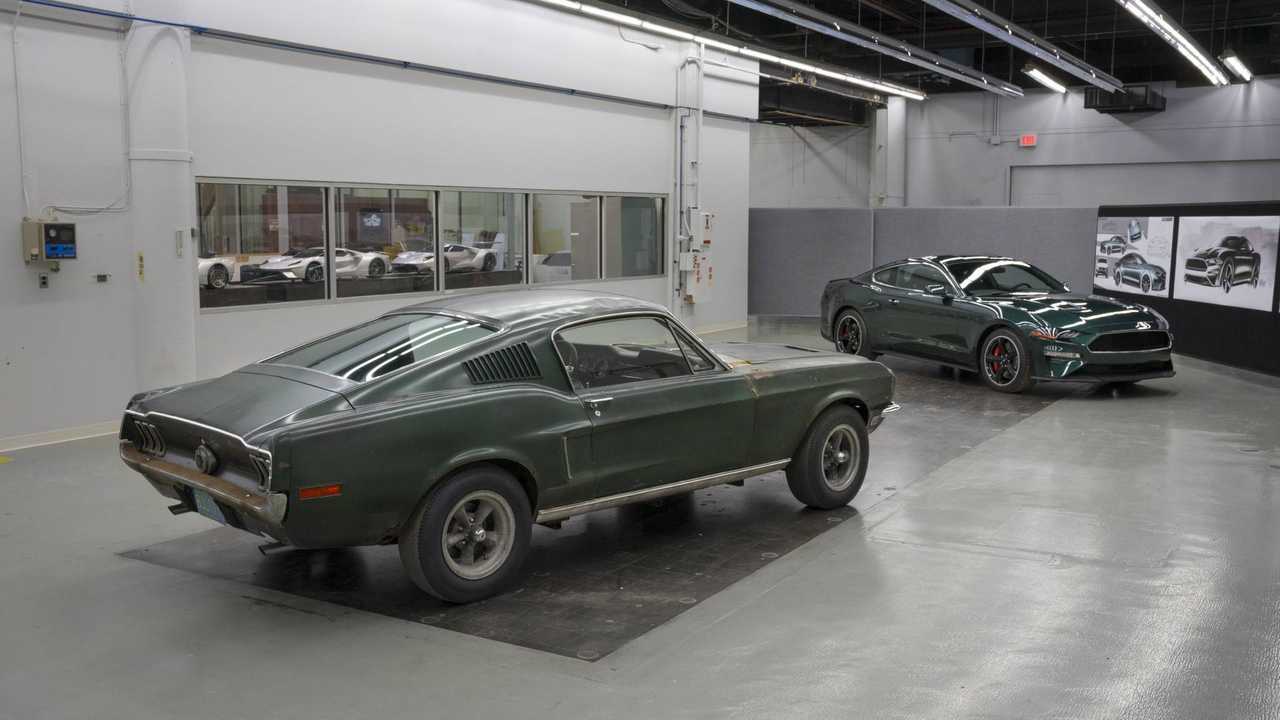 If the past is any indication, the new Bullitt could be a special edition performance bargain.

When Steve McQueen’s now infamous movie Bullitt hit the big screen in 1968, it was a given that the Mustang-Versus-Charger chase scene was cool as all get-out. Still, we don’t think anyone at that time thought the roughly 10-minute sequence would transcend time the way it has. It’s certainly an epic chase, but some of the credit for Bullitt’s longevity goes to Ford and the special-edition Bullitt Mustangs built by the automaker through the years. Aside from special appearance updates, each car has offered just a bit more Mustang performance for a fairly nominal bump in price.

We don’t know yet know what the new 2019 Mustang Bullitt will cost. Given the hype, it’s likely that dealers will add “market value adjustments” to sticker prices, even if the actual package is only a modest increase from the standard Mustang GT. But now is a perfect time to look back at previous Bullitt incarnations to see how the phenomenon began, how many were built, and what we could expect for the latest version.

It may not have been a special edition from the factory, but we can’t ignore the car that started it all. Underneath the Mustang’s hood was a 390 cubic-inch V8 making 325 horsepower, shifted by a four-speed manual transmission. After decades of mystery, the original hero car actually driven by McQueen in the movie joined the new 2018 Bullitt at Ford’s big reveal. Yes, the feels are so strong right now.

Back in 2000 Ford showed a Bullitt concept Mustang at the Los Angeles Auto Show, and people took notice. When a production version came out for the 2001 model year, it only offered a five-horsepower increase from the stock Mustang GT (265 versus 260) and featured a slightly lower suspension. The real difference came in the appearance package, which introduced a brushed aluminum fuel door and Bullitt badging, along with the classic 17-inch Bullitt-style wheels finished in gray.

Ford offered the 2001 Bullitt in both black and blue, though a vast majority of the 5,582 Bullitt Mustangs built were sold in Dark Highland Green. With a sticker price starting at around $26,000, the 2001 Bullitt was roughly $4,000 more than a base GT.

Whereas the first special-edition Bullitt offered only a few basic changes, 2008 saw a more realized vision of the movie car for the film’s 40th anniversary. Among other things, the 2008 car was properly debadged, with only the faux Bullitt gas cap on the back bearing any sort of markings. The car was also stripped of exterior scoops and spoilers, while the standard grille was replaced with a new minimalist design created specifically for the retro-styled car.

In the performance department, Ford Racing installed a power upgrade package that included a cold air intake and computer reflash good for 15 extra horsepower over the standard GT’s 300 ponies. Ford Racing also added a handling package that lowered the car, and the exhaust was tuned to deliver a sound more akin to the old 1968 model. Dark Highland Green was again the color of choice, though black was also offered.

As with the 2008 model, the new Bullitt is debaged and green and gets a 15-horsepower boost to “at least” 475 horsepower according to Ford. Going by past numbers, then, it’s not unreasonable to expect a $4,000 to $5,000 premium for this latest Bullitt. With the 2018 Mustang GT Premium starting at $39,095, that would mean Bullitt prices could be in the mid-$40,000 range. Of course, we can’t forget the infamous window sticker leaked earlier this year that showed a base price of $56,080. Ford confirmed to us that the sticker did not originate with the company, but if we’re honest, $45k seems a bit light for the new Bullitt.

The new car goes on sale this summer, so we’ll have to wait a bit longer to see just how much it will cost to channel Lieutenant Frank Bullitt in this latest hero car from Ford.