Whether it’s sprinting from zero to 60 or reaching their top speed, these are the fastest cars around.

Speed has fascinated mankind for millennia. Foot races in ancient Greece and chariot races in Rome gave rise to competitive speed, and man has never looked back. But it wasn’t until the first cars emerged from garages across Europe that man’s quest for speed took off. Today, almost every car can hit 100 mph and most family sedans will breeze past 120. Performance cars routinely play around 140 to 170. But our need for speed looks beyond that.

What was once a quest for 200 mph in a production car now sits at 300, as automakers strive to add more power, smarter aerodynamics, and begin to implement electric motors, all in the name of going faster. Here’s a complete collection of the fastest cars – currently in production or slated to roll off the assembly line in the near future – on the planet.

Bugatti is the Dodge of hypercars, continuously finding ways to squeeze ever more performance from one particular engine. Its quadruple-turbocharged, 8.0-liter W16 engine shocked us in the Veyron and Veyron Super Sport – two cars that, were they still in production, would handily make this list – but this monstrous engine is on an entirely different level in the newer Chiron Super Sport 300+. With 1,600 horsepower and 1,180 pound-feet of torque (600 hp and 193 lb-ft more than the original Veyron), the range-topping Chiron hits 60 mph in 2.3 seconds and, as the name suggests, can crest 300 mph. In official testing, Bugatti recorded 304 mph.

Koenigsegg knows a thing or six about building mental hypercars and the Jesko Absolut is the latest example. But while most other cars on this list have reached their top speeds, the 330-mile-per-hour V-max here is only theoretical. Yes, it’s based on math, but no Jesko Absolut has cracked 330 yet.

With 1,600 hp and 1,106 lb-ft of torque from a twin-turbocharged 5.0-liter V8 and a slippery body that still offers significant downforce, the $2.8-million Swedish monster has the credentials for a high-speed run. That said, we wouldn’t count on the Jesko being allowed to hit 330: the best place on the planet for an attempt, the Ehra-Lessien proving grounds in north-central Germany, belongs to Bugatti’s parent company, Volkswagen.

Ultra-high speeds aren’t the exclusive domain of Europe. Those crazy folks in Texas at Hennessey Performance Engineering know a thing about it too. While the old Lotus Elise-based Venom GT would run up to 266 mph, Hennessey claims the upcoming Venom F5 will blast past 310 mph, thanks to a twin-turbo 6.6-liter V8 that produces 1,817 hp and 1,193 lb-ft of torque. While the price is lower than some of its European rivals, starting at $1.8 million, Hennessey is planning to build only 24 examples.

Ah, the SSC Tuatara. After some uncertainty surrounding its first attempt, the American automaker made a second run in January 2021 and set a blistering two-way average of 282.9 mph at the Johnny Bohmer Proving Grounds at Space Florida's Shuttle Landing Facility. That's quite a bit slower than its alleged 316-mph average, but it's still more than quick enough for this supercar, with its  1,750 hp and 1,280 lb-ft of torque. Those figures are fitting for a car with a $1.9-million price tag.

Aston Martin has never really played in the hypercar space, instead contenting itself to build excellent and beautiful grand tourers. The Valkyrie is a change of tact, the result of a partnership between Aston and its Formula One partner, Red Bull Racing, to build a world-beating hypercar.

The Valkyrie features a naturally aspirated, Cosworth-sourced V12 and hybrid system to produce 1,160 hp and 664 lb-ft of torque, but it’s how that power arrives. It comes at very high engine speeds, with the V12 packing an 11,000-rpm redline. Unleashed on the right road, this mid-engine Aston will hit 60 in 2.5 seconds and carry on to a top speed of over 250 mph.

More than nearly any other brand on this list, McLaren knows about building record-breaking hypercars. The legendary F1 held the record for over two decades, until the Bugatti Veyron arrived. The new McLaren Speedtail won’t reclaim the F1’s record with its promised 250-mph top speed, but the 1,036-hp, $2-million hypercar is arguably the prettiest car on this list. And anyway, 250 mph is pretty damn impressive, as is the zero-to-60 sprint of 2.9 seconds. Unlike the 300-plus-mph Jesko and Venom F5, we have little doubt of the Speedtail’s relatively reasonable max velocity.

Details remain scarce on the Mercedes-AMG One, aside from the fact that the German automaker is taking knowledge straight from its championship-winning Formula 1 team and applying it to a road car. There’s a turbocharged 1.6-liter four-cylinder, three electric motors, and over 1,000 hp on offer (or more) – Mercedes hasn’t said how much torque the One produces, but the answer probably qualifies as “a lot.”

The One has a projected top speed of 217 mph and can hit 60 in an estimated 2.6 seconds. That’s hardly rapid compared to some of the cars on this list, but there’s little question that the $2.7-million Mercedes-AMG is still one of the quickest cars on the planet.

The long-lived Pagani Huayra BC Roadster is an unusual entry on this list. It’s the only convertible (although just barely – the roof is a large, single-piece panel), the power output is barely excessive, and yet this sleek mid-engine V12-powered supercar can still accelerate to 236 mph. With an asking price of $3.4 million, this 791-hp Huayra variant is the cream of the crop for the current Pagani range.

The Ferrari SF90 is weird. It’s not a successor to the LaFerrari, but it features a gas-electric powertrain and is a big step up in performance on the F8 Tributo: 986 total system hp, while the gas engine alone packs 590 lb-ft. The SF90 accelerates all the way to 211 mph and can snap to 60 in a brisk 2.5 seconds, which are certainly flagship performance figures. Prices for the not-a-LaFerrari successor start at $625,000.

Lamborghini built only 19 Sian Roadsters (in addition to the 63 hardtop models), making it one of the rarest cars on this list. Pairing the Aventador’s 6.5-liter V12 engine with a 48-volt mild-hybrid system, the Sian Roadster can accelerate to 218 mph and blasts to 60 in just 2.7 seconds. There’s a total of 819 hp from the combined power sources, while the gas engine is good for 531 lb-ft. With so few slated for production, we wouldn’t count on seeing this $3.6-million car in the flesh any time soon.

We’re getting away from the traditional mid-engine hypercars with the Ferrari 812 Superfast. Pairing a classic Ferrari V12 in a front-engine, rear-drive layout, the 812 is the latest in a long line of flagship Ferrari coupes that dates back to legends like the 250 GT, 275 GTB, and Daytona. The 6.5-liter V12 produces an epic 789 hp and 530 lb-ft, scooting the latest Ferrari GT to 211 mph.

The latest Ford GT features a more revolutionary track than its predecessor, both in terms of its design and its engine. The twin-turbocharged 3.5-liter V6 mounted amidships produces 660 hp and 550 lb-ft, blasting the fastest Ford ever to 216 mph. The $500,000 price tag is fitting for a car with so much power and such impressive speed, even if it seems pretty darn grand for something with a Blue Oval on the nose.

The only electric car on this list, the Rimac Concept_One is a shocking (pun intended) reminder of what EV performance looks like. Packing four electric motors, good for 1,224 hp and 1,180 lb-ft, the Concept_One will hit 60 in just 2.5 seconds and can max out at 221 mph. That said, exploit all that power too often and you won’t see the Concept_One’s promised range of 217 miles.

As good as the Concept_One is, its successor goes even further. The upcoming Concept_Two is promising a top speed of 258 mph, the ability to hit 60 in under two seconds, and output of 1,914 hp. Deliveries should start in 2021.

With seating for four and a three-cylinder engine, the Koenigsegg Gemera doesn’t sound like the kind of vehicle that’d make a list for fastest cars in the world. That is, until you realize it’s from Koenigsegg, and things like seats and cylinder counts tell little of the story. The roomy Gemera packs 1,700 hp and 2,581 lb-ft of torque.

The top speed is 249 hp and 0-60 happens in 1.9 seconds, making this a brilliant way to scare three of your closest friends. That insane performance is thanks to three electric motors, which work alongside the twin-turbochraged 2.0-liter three-cylinder engine. Prices start at $500,000, which isn’t too crazy for Sweden’s hottest performer.

More of the Fastest Vehicles 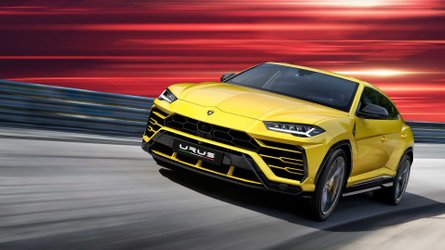 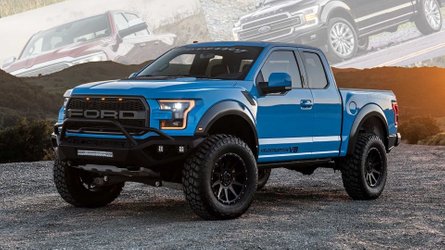 What is the fastest car in the world?

The fastest car in the world is the jet-powered ThrustSSC, which has held the land-speed record since October 1997.

How fast is the fastest car in the world (MPH)?

The ThrustSSC was clocked in 1997 at a maximum speed of 760 mph over a flying kilometer and 763 over a flying mile. It was the first car to break the speed of sound.

What is the fastest commercially produced car in the world?

The fastest production car in the world could be the 330-mph Koenigsegg Jesko Absolut, but we may never know. Math supports it, but there are few places that could allow the Swedish supercar to reach its max, so there hasn’t been an attempt. The SSC Tuatara is technically the leader, with a 316-mph average over two runs, but controversy surrounds that attempt. The one vehicle we know for certain has cracked 300 mph and is unquestionably the reigning fastest car in the world is the Bugatti Chiron Super Sport 300+, which hit 304 mph.

What is the quickest car in the world?

If testing proves it out, the Koenigsegg Gemera will be the quickest car to 60 mph, taking a scant 1.9 seconds to do the deed. It’ll be competing with the upcoming $140,000 Tesla Model S Plaid, which can allegedly get to 60 in under two seconds. Among vehicles in customer hands, the Bugatti Chiron Super Sport 300+ is quickest, with a manufacturer-estimated 2.3-second sprint to 60.

See How The Toyota FJ Cruiser Is Made, Because Yes, It's Still In Production
Best Spy Shots For The Week Of January 24
This 1966 Chevrolet II Nova Could Be Yours Enter Now For A Chance To Win
2022 Toyota Tundra Limited Review: A Great Personality
John Frye And His Amazing Automotive Art: Rambling About Cars 56
Sign In or Sign Up
part of
Edition:
Vehicle Imagery licensed from EVOX Images
USA / Global
Our International Editions
++