The company promises record-breaking speed, but we’ll believe it when we see it.

What would you call a car with 3,000 horsepower (2,237 kilowatts)? In this case, “Chaos” would be an accurate description. From a new Greek upstart automaker called Spyros Panopoulos (or SP Automotive), this is the Chaos “ultracar.” After a healthy teasing campaign, today we see a version of the car in full – and it sounds every bit as chaotic as its nameplate suggests.

Helping the Chaos to its alleged 3,000-hp figure and 12,000 RPM is a twin-turbocharged 4.0-liter V10 engine with some undisclosed form of hybrid assist. SP Automotive says that will propel it to 62 miles per hour (100 kilometers per hour) in just 1.8 seconds and on to a top speed of 310 miles per hour (499 kilometers per hour). This is the most potent version of the Chaos and costs an eye-watering $14.4 million.

Buyers looking for a more modest option, though, can select the “base” model with just 2,000 hp (1,491 kW). The less-powerful version uses a slightly detuned version of the same V10 engine, with no hybrid assist, and costs a rather inexpensive $6.4 million by comparison.

Both engines pair to the same dual-clutch transmission, while all-wheel drive also comes standard on the pair. And to assure this ultra car stops as well as it goes, SP Automotive fit the coupe with two massive rotors – 16.9-inch (428-millimeter) brake discs at the front and 16.4-inch (416-millimeter) discs at the rear, hidden behind a set of 22-inch, 3D-printed wheels.

With all that available power, SP Automotive says that it will attempt to break nearly every speed record in the book. The Chaos will try and dethrone the Porsche 911 GT2 RS’s Nurburgring time (6:43:30), the SSC Tuatara’s 286.1-mph top speed run, and even the Rimac Nevera’s 8.58-second quarter-mile record.

SP Automotive plans to only produce 15 to 20 cars per year, but depending on customer demand, it could bump that production figure up to 100 units. The company will build each Chaos by hand, and customers their cars with a number of different features. We should see the first customer cars on the road sometime next year, but that’s far from a guarantee with this type of car. 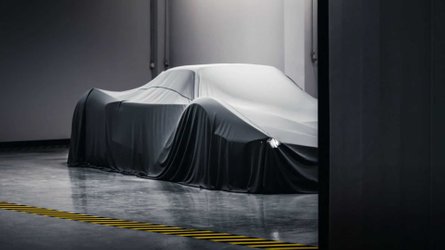 3,000-Horsepower Greek Chaos 'Ultracar' To Be Revealed Next Month
By: Jeff Perez
++
Got a tip for us? Email: tips@motor1.com