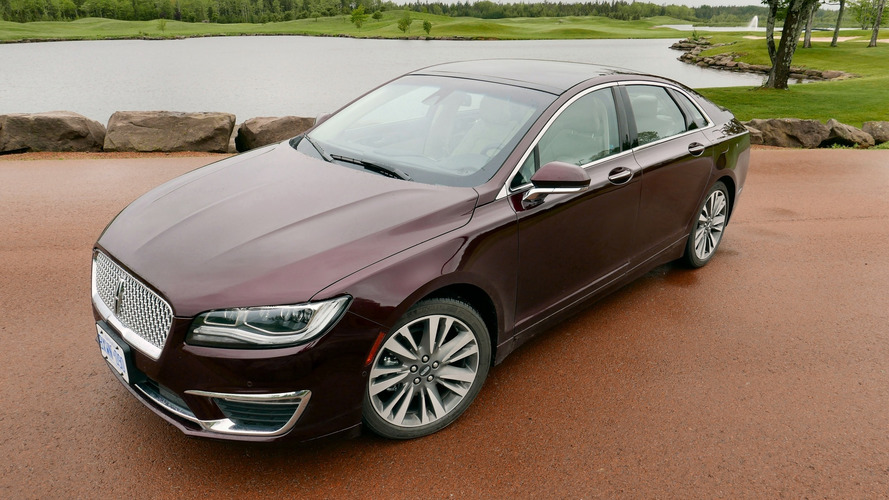 The MKZ has finally found a promising path forward.

The 2017 Lincoln MKZ finds the oft-overlooked luxury brand searching for traction in the midsize sedan segment. In many ways, the redesigned four-door Lincoln MKZ has finally found a promising path forward, and one that seeks to distance it from the corporate Ford presence that has for so long dominated its platform destiny.

How does it do this? Primarily, the Lincoln MKZ avails itself of a fresh styling effort combined with a unique-to-Lincoln biturbo V6 option that presents the world with the first legitimate performance sedan from the brand since the eight-cylinder LS left the scene almost 15 years ago. It also maintains the same pricing structure that refuses to charge a premium for the hybrid model that has been such a big success for Lincoln. These last two aspects of the MKZ – the fiery twin-turbo and price parity for the Hybrid – help to separate the car from chief rivals like the Lexus ES and the Acura TLX.

With 400 horsepower and 400 lb-ft of torque on tap, the twin-turbo MKZ finally has the firepower to rise above its Acura, Lexus, and Buick competitors.

A major part of that differentiation can be found under the hood. It's not available yet so we didn't get to drive it, but that 3.0-liter biturbo V6 scheduled to hit the 2017 Lincoln MKZ's engine bay this fall looks to be a sweet deal. With 400 horsepower and 400 lb-ft of torque on tap, the twin-turbo MKZ finally has the firepower to rise above its Acura, Lexus, and Buick competitors and make a legitimate play for Infiniti and potentially even Audi buyers. All-wheel drive is available with every turbocharged MKZ, too (including the base, 245-hp, 2.0-liter, four-cylinder model), which will play well in Canada's winter climate.

The ride in the Lincoln MKZ is across-the-board smooth, with the car hedging more towards the insulated comfort – or 'quiet luxury,' as Lincoln calls it – side of the ledger. V6 cars will eligible for a torque-vectoring in addition to their all-wheel drive system, but the Hybrid and the 2.0-liter model are best enjoyed as cruisers eating up long-distance miles. That the Hybrid model lacks all-wheel drive is understandable, since very few gasoline-electric models at its price point offer that kind of feature.

A little harder to like is the lackluster performance of its 188-hp hybrid drivetrain, which combines a four-cylinder mill with a single electric motor. It's also worth noting that the turbo is the quieter of the two currently-available MKZ powertrains, as the Hybrid's continuously-variable transmission lends a gruff character to any right-foot demands at highway speeds. In a world where hybrid cars are demanding fewer sacrifices from owners in terms of performance, the MKZ Hybrid's performance gap is underscored that much more.

The MKZ's interior is well-appointed, and perhaps most important, much different than Ford fare at similar price points.

That being said, the official fuel efficiency rating for the Hybrid model stands at 41 miles per gallon city and 38 mpg highway, which simply crushes the 20/28 city/highway delivered by the model without battery assistance. It's a feat made even more impressive when you consider that the model starts at the same $35,010 price as the four-cylinder turbo (as mentioned earlier), a strategy that stands in stark contrast to every other luxury hybrid in its class.

We were actually fond of the previous MKZ's styling, but the new model breaks new-ish ground with a completely rethought front fascia that links up with the soon-to-be-released Lincoln Continental fullsize sedan from a design perspective. It's an attractive look for the car, and it demonstrates the direction of future Lincoln products. The MKZ's interior is also well-appointed, and perhaps most important, much different than Ford fare at similar price points. Features content is up, too, as the car features an available adaptive cruise control system with stop-and-go capabilities, combined with a pedestrian detection and automatic braking feature that operates at city speeds. Another tech highlight inside the 2017 Lincoln MKZ: Sync 3, the latest, and simplified, version of the brand's infotainment interface.

Good looking, but not distinctive, is how we'd describe the new-look Lincoln.

Still, the 2017 Lincoln MKZ is in the unique position of its new design working both for and against the car. While it's certainly easy on the eyes, the new sedan's look lacks the originality of the previous model, and when parked beside similarly sized luxury vehicles from Jaguar, Volvo, and Audi, it's clear that Lincoln has absorbed the current premium design zeitgeist and synthesized it's own take on familiar cues. Good looking, but not distinctive, is how we'd describe the new-look Lincoln.

This last issue is compounded by Lincoln's lack of brand recognition in the luxury space, which hurts the MKZ when it comes time to cross-shop. Having a design that 'goes with the flow' of the luxury market is somewhat more problematic when the vehicle risks blending into the crowd of similarly handsome automobiles. The company is currently in the midst of redefining its place in the automotive ecosystem, and it's simply not yet on the radar of many potential premium buyers. If you don't care about the badge on the hood, that might be fine, but for those that do, the prestige issue could drive them to seek out more established marques. 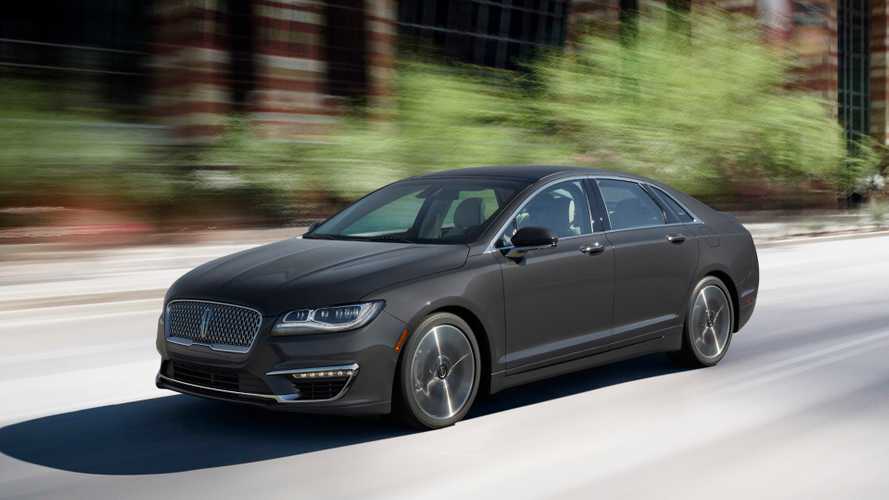