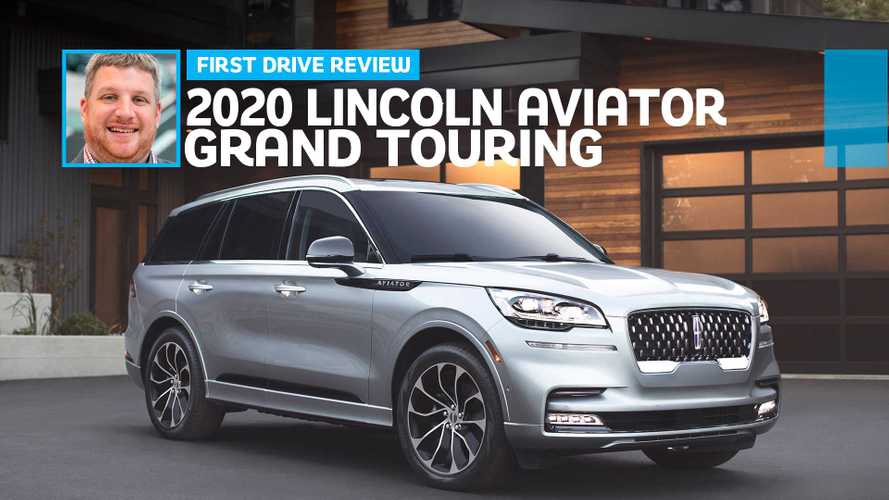 A heavy-hitting heavyweight with a high price.

Remember the old adage, “There's no replacement for displacement”? Turns out it's B.S., a silly phrase destined for the ash heap of the English language, like “safe cigarettes.” The trend towards smaller-displacement engines with turbochargers and away from large displacement engines started in the late 2000s, but today, it's all about electric motors.

Or in the case of the 2020 Lincoln Aviator Grand Touring, both. This is the hot model, the speedy one. Sixty years ago, the Grand Touring would have carried the biggest V8 Ford Motor Company had in its arsenal. Today, it uses a twin-turbocharged 3.0-liter V6 alongside a 75-kilowatt electric motor (and a 13.6-kilowatt-hour lithium-ion battery pack) to produce 494 horsepower and 630 pound-feet of torque.

That's silly, AMG-level power. But there's nothing of the AMG or M persuasion about the Aviator Grand Touring. As if the “Grand Touring” moniker didn't give it away, the hottest Lincoln Aviator is all about marrying country crossing speed with the same level of luxury present in the gas-only model. It succeeds, but not so thoroughly that we can overlook the limited electric range, a significantly higher price tag, and some of the bad manners that plague its corporate cousin, the Ford Explorer Hybrid.

The Aviator is quick regardless of powertrain. With 400 horsepower and 414 pound-feet of torque, the gas-only variant has nearly as much get-up-and-go as the Explorer ST (at 4,892 pounds, the Lincoln is a smidge heavier than the 4,701-pound Ford). The Aviator should match its Blue Oval'd cousin's 5.5-second sprint to 60 miles per hour. Now imagine that experience with 94 more horsepower and 216 more pound-feet of torque, most of which arrives at extremely low engine speeds.

Or don't, because while the Aviator Grand Touring feels more urgent at lower speeds, thanks to its electric motor, we don't expect a big difference on the stopwatch. That’s because the Aviator Grand Touring adds 781 pounds, mostly from its batteries, to the aforementioned curb weight of the all-wheel-drive Aviator. So, it's heavy and electrified. Lincoln has built a four-wheeled Fat Thor.

But much like the beer-guzzling, overweight God of Thunder is to the Avengers, the Aviator's electric powertrain still feels like a valuable part of the overall package. The power is genuinely robust off the line, as the electric motor and 3.0-liter V6 push the hefty Lincoln around eagerly. But it's also linear and predictable when applying consistent throttle. Go wide open from a standstill, and the Aviator's smooth, persistent acceleration is extremely pleasant. And around town, there's enough low-end torque that the Aviator feels spry and willing.

Also like the Avengers, there's an occasional lack of cohesion. While not Iron Man-punching-Captain America bad, the Aviator GT exhibits some of the same bad manners as the Explorer Hybrid. Accelerate suddenly, and the Lincoln seems unsure whether it should draw power from the 3.0-liter V6 or the electric motor. There's a noticeable stumble in these cases, like when a transmission is unsure about what gear it's supposed to be in.

That's not to say there are issues with the 10-speed automatic. In the gas model, the gearbox is a slick, smart setup, much as it is in the F-150 and Explorer ST. In the Grand Touring, the only real issue is the occasional hard shift from first to second while accelerating.

It's worth noting that both of these issues could be down to software calibration on these early production examples. After all, the Aviator Grand Touring isn't hitting dealers for a few months. Hopefully Lincoln's engineers will get the powertrain through finishing school.

The Aviator GT exhibits some of the same bad manners as the Explorer Hybrid.

A problem they aren't as likely to sort out, though, is the Aviator's limited all-electric range. EPA numbers aren't available, but Lincoln is quoting “around 18 miles” on a full charge. That's merely okay, coming close to the 17-mile range of the less powerful, but significantly lighter, Volvo XC90 T8 (the Aviator Grand Touring’s only real competitor). Still, as automaker’s continue to push how far batteries can take vehicles, a sub-20-mile range feels like a shortcoming.

We'll need to get the Aviator Grand Touring on more familiar roads (much like the advanced suspension we talked about in our review of the gas-only Aviator) to assess its real-world electric range. At constant speed and with the drive mode set to Pure EV, 18 miles seems like a reasonable estimate based on our hilly drive route, which rarely saw speeds above 50 miles per hour. Task the Aviator with getting up to freeway speeds in the same drive mode, though, and we saw the range tumble quickly.

Charging should at least be speedy. Lincoln cites a three-to-four-hour window for recharging at a 240-volt station. While the automaker hasn't provided a charge estimate at a 120-volt outlet, we'd wager it'd take between seven and eight hours.

Quiet… Until It Isn't

Power and torque are easy selling points for the Aviator Grand Touring, but the main reason we'd consider the plug-in model over its gas-only siblings comes down to how quiet it is. Set the drive mode to Conserve or the poorly named Normal to stretch the EV range and an already quiet and composed highway partner gets even quieter as the gas engine shuts down for stretches – be it to run off the batteries or simply coast.

Like the gas-only Aviator, the Grand Touring's ability to quell wind and road noise is impressive. Unlike the gas-only Aviator, though, the occasional lack of engine noise amplifies the tomb-like silence to a degree that's unusual even in $70,000 vehicles. Lincoln packed this three-row with sound deadening, from laminated glass to underbody shields to acoustic wheel-arch liners. Engineers even took a whack at reducing unpleasant sounds and vibrations from the 3.0-liter gas engine.

But the gas engine is a noisy beast to tame, and even the plug-in model struggles with its thrashing at high rpms. Your author has now driven every version of Ford's 3.0-liter EcoBoost, as well as the 2.7-liter V6 it's based on and the brawnier 3.5-liter V6, and whether in the F-150, the Navigator, or even the mighty GT supercar, these V6s just don't sound very nice. But the Aviator PHEV's strength is in its ability to keep the engine speed low, where the engineers' sound-absorbing tricks can do their thing. At a cruise, then, the Aviator Grand Touring is easily the quietest EcoBoost V6-equipped vehicle available.

Premium Punch, For A Price

A $10,000 powertrain with so many drawbacks is not a good value. But the Aviator Grand Touring is not a bad value overall. Among luxury crossover shoppers, there are likely a good many who will appreciate the abundant torque and the improved refinement while seeing the increased weight or occasional hiccup in the powertrain as just something to live with or, to put it more transactionally, the cost of doing business. We're firmly in that camp. While we'd like to see Lincoln iron out the powertrain's bad manners (a task we're sure will happen sooner rather than later), cut the weight, and increase the all-electric range, the reality is that the Aviator Grand Touring makes an already impressive package better, drawbacks be damned. 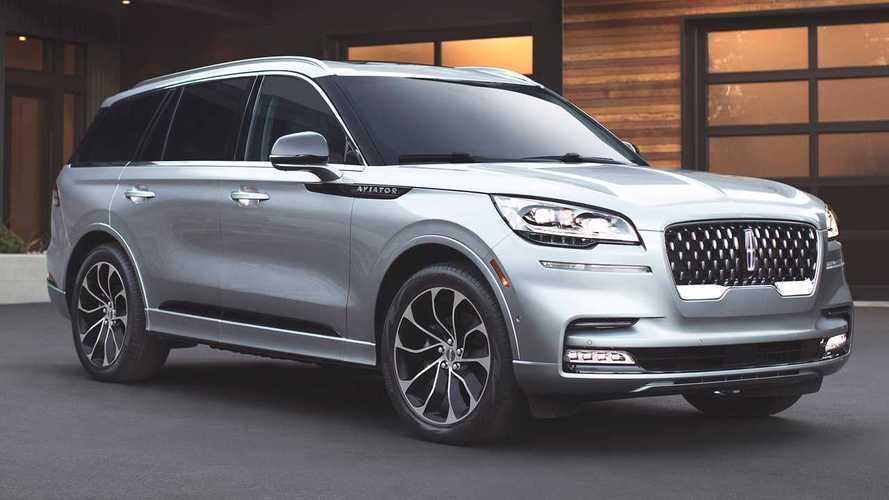