The coupe-inspired version of the BMW X3 feels just like its more conventionally styled sibling, and that’s a good thing.

The laws of physics can't break, but every year engineers become more adroit at crafting vehicles that drive unlike what their appearances let on. The 2019 BMW X4 is the latest example of how looks can be deceiving. It looks like a coupe-inspired SUV, or “Sports Activity Coupe” in BMW-speak, but as soon as you chuck the X4 through a curlicue section of road, you may as well be driving a hot hatch.

Crossovers, just like all-season tires, are typically capable of doing a little bit of everything, but not one specific thing well. Light off-roading? Sure. Some rushed driving around town? No problem. Rubicon Trail or Moab? Let's go with “no”. Track-day tussle with Corvettes and spec Miatas? Are you insane? 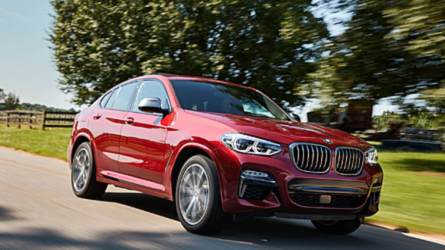 But there are a growing number of SUVs that are rather good when the going gets twisty: The Porsche Macan, Alfa Romeo Stelvio — even the X4's conventional-looking platform mate, the BMW X3 M40i — offer sports-car handling dynamics in a high-riding, two-box shape. So if the X3 is good on the race track, does that mean its swoopy-roofed sibling is good, too?

I'll get into the $50,450 X4 xDrive30i (with its 248-hp turbo four-cylinder) a bit later, but what I will mention immediately is that it is rather forgettable compared with the more premium X4, which occupied my whole day with the exception of fifteen minutes carved out at the very end of “play time” to see how different the four-cylinder is. 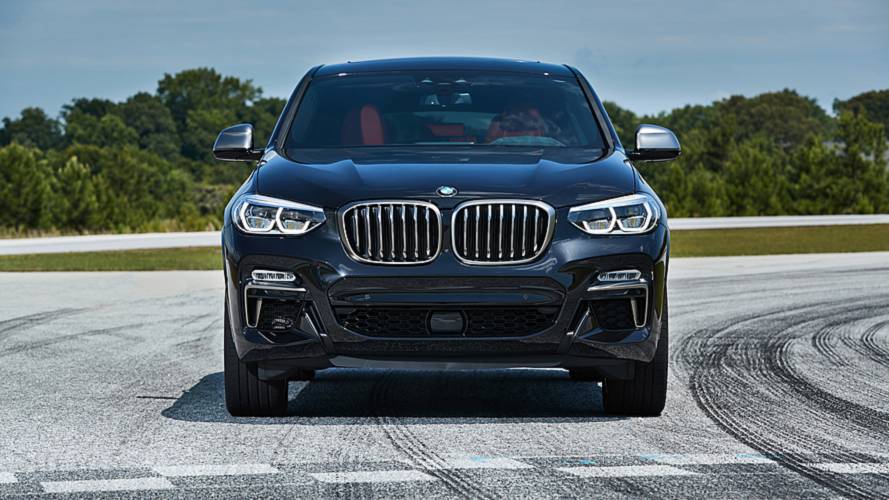 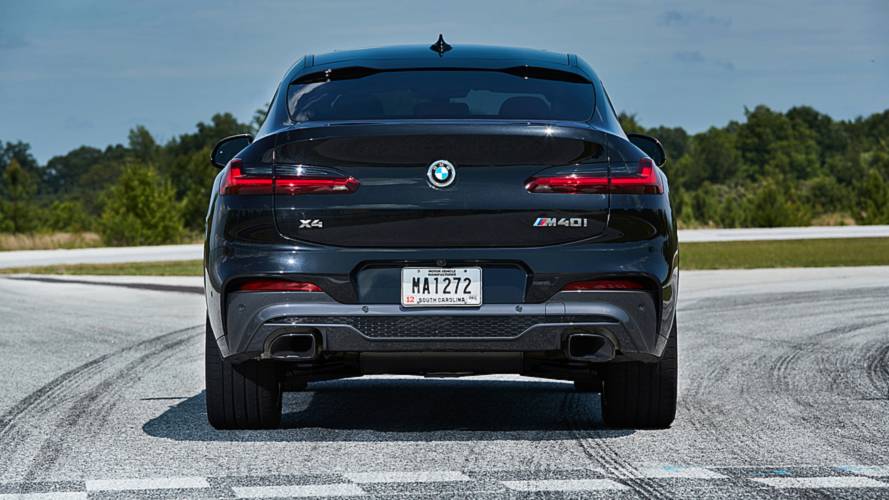 In addition to our press drive's four-hour loop through Mid-Atlantic roads that trace poetic cursive along North Carolina and South Carolina's mountainous border, the Bavarian automaker allowed us significant track time at the BMW Performance Center in Greer, S.C., only a few blocks away from where the X4 is manufactured. Our track outing began with hot laps around the performance center's bespoke racetrack led by company hot shoe and chief instructor Matt Mullins. You may remember him as the refueling drift driver in BMW's recent 232.5-mile drift record.

On track, and regardless of how the electronic stability control status, the X4 felt bolted to the tarmac with titanium tow cables, never relaying its considerable heft back to my fingers. I blame a good chunk of this on the vehicle's xDrive all-wheel drive. At any given moment, the system constantly and strategically apportions torque for optimum handling, so there's no definitive torque split, but BMW's engineers tell me the torque split average under normal conditions is 20/80 front to rear.

As a result, the X4 feels rear-wheel drive until you begin to start pushing hard. After that, you can start to feel the drive power rerouting to tuck the vehicle into apexes it would otherwise avoid. The power apportionment is best, actually, when you're driving the X4 like an idiot and doing all the things that racing school taught you not to do. Diving into corners too fast, yanking at the steering wheel abruptly — lacking finesse with any of the controls, really, is actually a rewarding experience. Suddenly, the X4 feels like it's doing a Fred Astaire tap dance number underneath you. 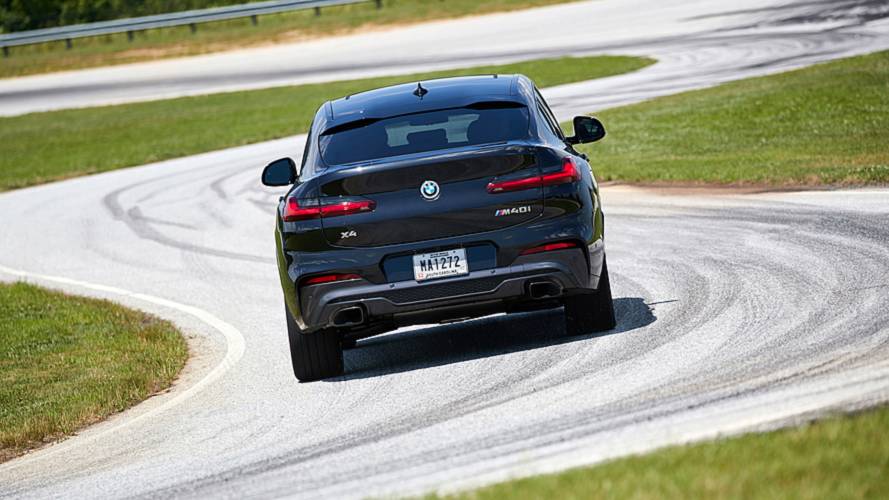 The fun only continues when you start drifting the X4. Yes, this all-wheel-drive SUV that appropriated a 4 Series Gran Coupe's roofline can drift. But if you fright at the thought of drifting a high-riding CUV, that's fine. Simply driving it at a quick pace is rewarding enough.

You're never really wanting for power or agility in the X4. If you're hoping for steering feel, though, prepare to shed a tear. Like many BMW products these days, the X4 is a barren wasteland when it comes to feedback through the wheel. The lack of feel never bothered me, but it will bother those who are wistful of the glory days of BMWs with hydraulic steering.

If you can get past the lack of feedback, though, the X4's variable-ratio rack is actually quite nice. Just like the front axle never feels like its getting in your way, the variable-ratio engineering fades into the background as well. Critics called out early versions of BMW's variable rack for their jerkiness. There's none of that with the X4. Today's variable ratio steering delivers what it promises: making driving more pleasurable by reducing the driver's need to cross his or her hands over the steering wheel in tighter turns.

Yes, this all-wheel-drive SUV that appropriated a 4 Series Gran Coupe's roofline can drift.

Out of the canyons and creeping along our street drive loop through downtown Brevard, North Carolina, the X4 calms and soothes in accordance with the more relaxed driving environment. The Adaptive M Suspension, standard on the M40i, is reasonably firm when bombing canyons, and luxury-car plush when not. I was unable to feel a significant difference in firmness when cycling through its Sport, Comfort and Eco Pro settings, but the suspension always seemed matched to my driving style no matter what mode I was in.

Seeing my and the X4's reflection off shop windows, I felt like a respectable human behind the wheel. The swoopy ute has a prestigious presence. The coupe-inspired SUV genre is still new, and as conservative as my eyes are, it remains difficult for them to process three different flavors of vehicle — sedan, coupe and SUV — competing for facetime on the same sheet metal. Having said that, I think this is the best-looking X4 yet. The taillights, for instance, appear Aston Martin-inspired, and lend to an overall look that feels more premium than its price would suggest. With this new design, the X4 has leapfrogged the X6's prestige.

It's a similar story inside. Leatherette is standard, but my X4 tester wears beautiful Tacora Red Vernasca leather, which is as nice to caress as it is to sniff (the car in the gallery is wearing the even pricier Fiona Red Merino leather). The Vernasca leather is an incredibly premium material that works well with the rest of the X4's impressive insides. BMW is so good at low-gloss, viscerally grained plastics for the dash and doors, that it would almost feel shameful wrapping those materials in leather. 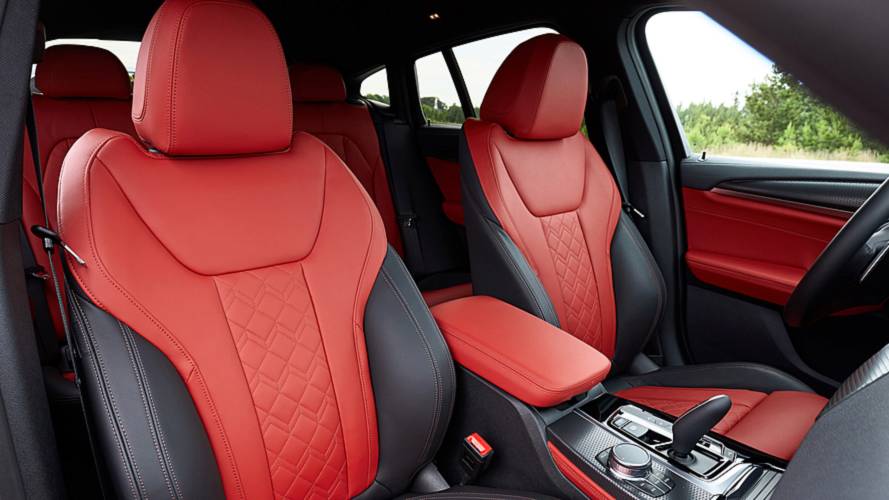 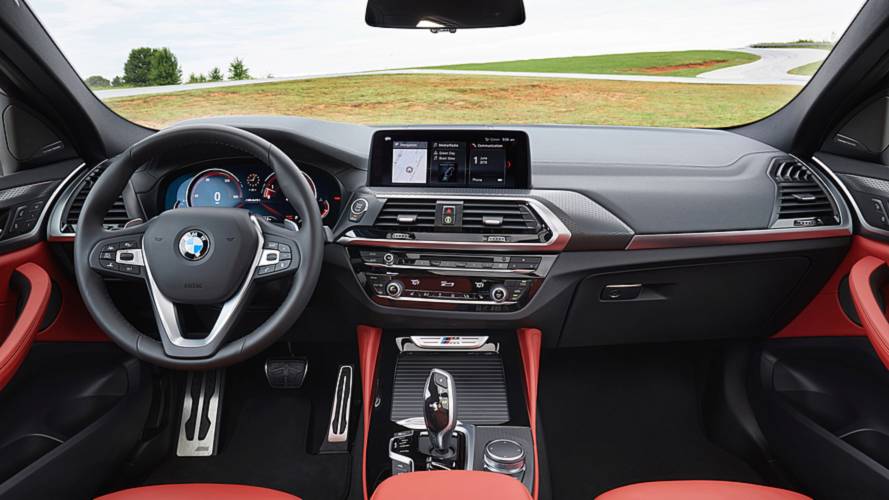 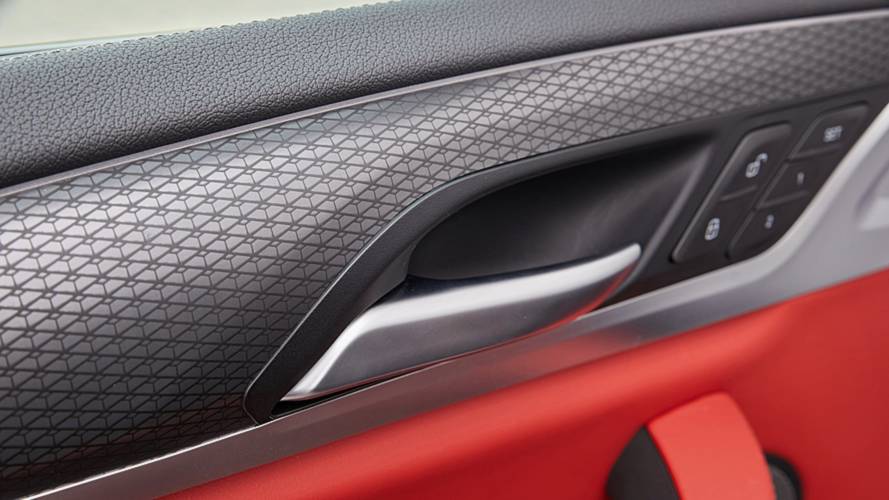 The focal point of the X4's interior is the standard 10.25-inch touchscreen display that's as glossy as the broadcast desk of your favorite sports commentary show. I still prefer an integrated display instead of one that simply grow out of the dash like the chestburster in Alien, but when it comes to non-integrated navigation displays, BMW does them best. Another thing that BMW does best? Steering wheels, and the X4's thick-rimmed setup is perfection.

The interior praise continues all the way to your backside. Just like how many of the chassis systems fade into the background to make your drive better, so do the seats. I never felt any pressure points, and after hours of driving, I left the X4 with happy hindquarters. This crossover has one of the most comfortable cabins in its class (and maybe even a class above it).

If the X4 M40i has all the power you want, the 248-hp X4 xDrive30i has all the power you need. The lower-priced model can hit 60 mph in six seconds flat, but without those extra two cylinders and their consequently more engaging noise, the four-cylinder X4 is more four-wheeled fashion statement than interesting performance choice.

Oftentimes horsepower isn't everything, and the lower-powered version of a car can be nearly as much fun as its “hair on fire” version. But with the X4, power is paramount. The difference between the M40i and xDrive30i is just 107 ponies, but the personalities are night and day.

In addition to feeling faster despite weighing 177 pounds more than its lesser version, X4 M40i belches and burbles on throttle overrun like a Jaguar F-Type. The M40i's powertrain has loads of personality. The X4 xDrive30i's 2.0-liter turbo is more appliance-like. It's refined and it gets the job done – we'd expect nothing less from BMW's turbo four-cylinder – but you'll never love the 2.0-liter. 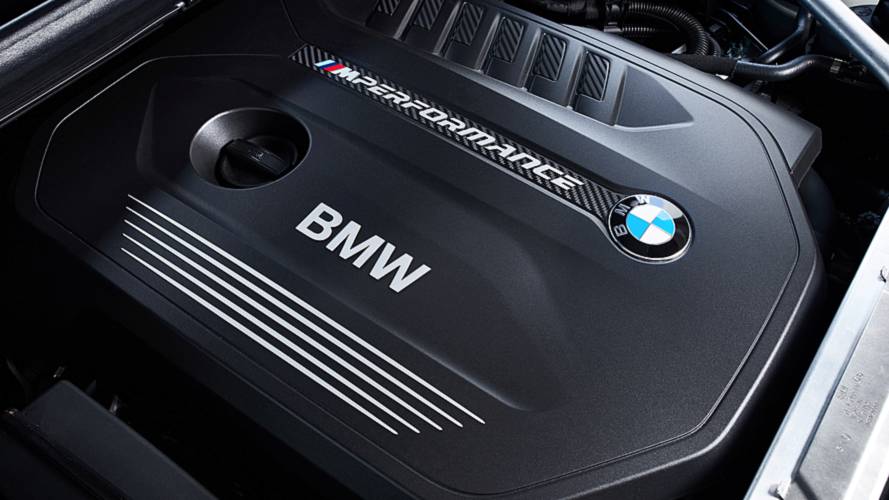 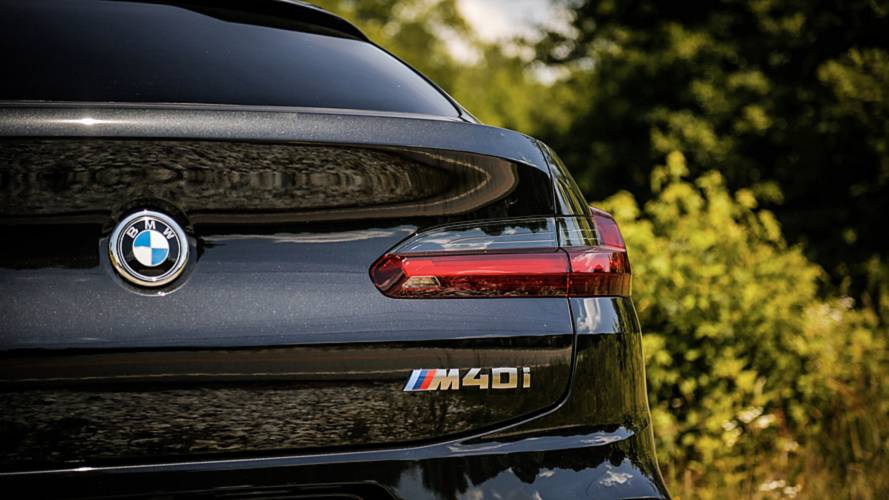 If you hate driving quickly, though, you'll never know the difference between the four- and six-cylinder. Your bank account will obviously love the $10,000 base-price savings the xDrive30i offers, but I have to say it one more time: two additional combustion chambers and 107 extra hp add up to a much more visceral experience with the X4 M40i.

BMW's newest “SAV” offers a lot of things to a lot of people, and delivers on them. It could have been another “jack of all trades, master of none” machine, but refreshingly, the X4 (the M40i at least) is remarkably sport-focused. Aside from the numb steering, this is a crossover that feels inspired by some of BMW's greatest, driver-focused Ultimate Driving Machines from the ‘90s and early 2000s. If the new X4 is a sign of things to come, BMW may be on its way back to making enthusiasts giddy once again.