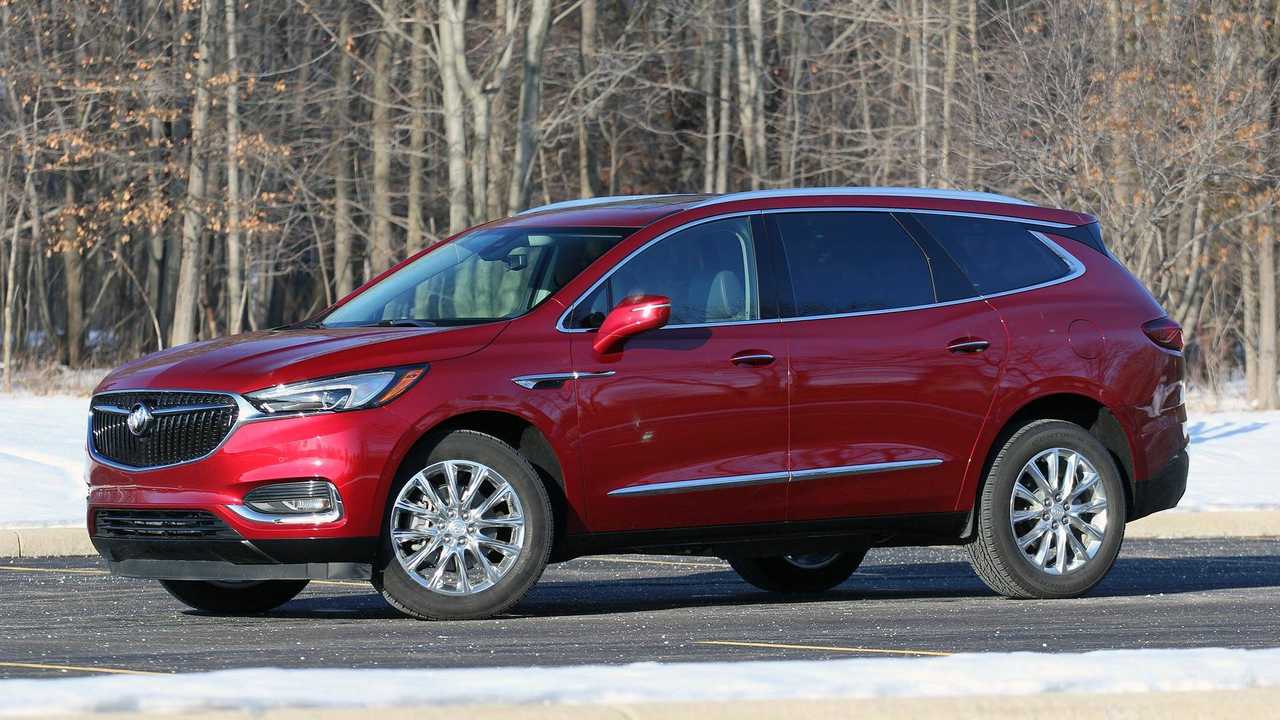 The Enclave, like most Buicks, falls somewhere between the cars we can afford to buy and the cars we want to buy. For households on their way up the income ladder, it’s a perfectly placed rung to experience what a premium vehicle is like without your car payment eclipsing the mortgage on your monthly budget. It offers more style, better materials, and higher levels of equipment than three-row crossovers from mainstream brands, but lacks the cachet and over-the-top luxury of offerings from the likes of Mercedes-Benz, Audi, Lexus, and Volvo. Along with Buick, this in-between space is occupied by Acura and Infiniti. They, too, offer three-row crossovers like the Enclave, but if you think an American brand can’t compete with the best from Japan, you’d be wrong.

The Encore’s pricing falls somewhere between garden variety three-row crossovers from mainstream brands like Ford and Honda, and lavish ones from European luxury brands like Mercedes-Benz and Audi. With a base price of $39,995, you’ll find it squarely set against a gaggle of Japanese luxury crossovers with three rows: the Acura MDX, Infiniti QX60, and new-to-market Lexus RX 350L.

My tester’s out-the-door price of $56,555 is far above that sub-$40K base price. It’s the Premium model, which is two trims up from base, and also features all-wheel drive and over $5,000 in options. Still, that’s not even the Encore’s top trim level: the Avenir starts at $56,795 before any options are added.

Lastly, the Encore deserves a ding for how it prices colors, of all things. The only color that comes standard on the first three trim levels is Summit White. Any other color costs extra, and in the case of the Encore Premium, there are nine other colors that range in price from $395 to $995. Ironically, the most expensive is another white: White Frost.

Here is another beautiful application of Buick’s current design language that first debuted on the redesigned LaCrosse sedan. It looks even better wrapped around the broad shoulders of a crossover. While not as dramatically styled as, say, a Lexus RX, the Enclave’s look is classic and will wear well over time.

Yes, shiny chrome trim is used perhaps a bit too liberally, and the “floating roof” effect on the D-pillar has jumped the shark already, but at least the latter is subtle; would you have noticed it if I hadn’t said anything?

The Enclave’s interior is exceptionally comfortable and quiet. It features Buick’s patented QuietTuning treatment, which includes active noise cancellation through the Bose sound system, as well as triple door seals, acoustic-laminated glass, and specific suspension tuning combined with tires engineered for less noise. Secondly, the aesthetics inside are quite elegant, thanks both to the design and choice of premium materials. The dashboard, particularly the center console, isn’t overwhelmed by a waterfall of buttons; note how its horizontal shape mimics the outline of Buick’s signature grille.

This is also a big CUV. The Enclave is significantly larger in both passenger roominess and cargo space than that trio of Japanese three-rows mentioned above; it’s not even close. There’s also an additional 3.1 cubic feet of space hiding below the rear cargo floor. That said, I found folding the second and third row of seats forward to be overly difficult. Even though the third row in my tester was power folding, the second row had to be manually moved forward to accommodate it. Then, when the third row falls flat, a plastic piece that should fall on top to cover the gap between the rear cargo floor would often pop out. This whole dance happens a lot easier in most other large crossovers.

General Motors equips most of its vehicles nicely in this area, and the Enclave is no exception. Its eight-inch touchscreen with Apple CarPlay and Android Auto features great graphics, speedy performance, and an easy-to-understand interface. The Encore also comes with cool tech like a 4G LTE Wi-Fi hotspot, the aforementioned active noise cancellation technology, a heated steering wheel and heated second-row seats, a 120-volt outlet for plugging in larger electronics like laptops, and a power rear liftgate that projects the Buick logo on the ground where you can wave your foot to have it open automatically.

A big crossover needs a big engine, and the Enclave complies with a 3.6-liter V6 that produces 310 horsepower and 266 torque. Unlike its GMC stablemate, the Acadia, which makes do with a six-speed automatic transmission, the newer Enclave gets GM’s nine-speed automatic. Together, the powertrain easily pulls the big Enclave around, but not with so much urgency that it ever feels sporty. Who cares, though? It may not be fast, but it’s got the grunt to pull up to 5,000 pounds with the optional $650 towing package (max towing falls to 1,500 pounds without it). That’s at the high end for anything powered by a V6.

As for handling, the Enclave drives like a luxury car. With such a compliant ride, it’s not made for taking corners quickly, but it does at least feel composed if you accidentally take an exit ramp too hot. The steering, though, is very slow and heavy, which is odd, as luxury vehicles usually go overboard the other way, boosting their steering with extra assistance.

The Premium trim level I tested comes standard with almost every safety feature you could want. From front and rear sensors, blind spot warning, and rear cross traffic alert to automatic low-speed braking, lane keep assist, and auto-dimming headlights, nearly everything’s here. Below the Premium, the Essence trim offers fewer active safety features, and the base model only has rear sensors. The top-of-the-line Avenir, however, one-ups them by also including Surround Vision and GM’s new Rear Camera Mirror.

On paper, the Encore’s fuel efficiency of 17 miles per gallon in the city, 25 highway, and 20 combined falls slightly below average for its size, though it has a couple things going for it. For one, it doesn’t require premium fuel, which many of its luxury competitors do. And second, there’s a button on the center console that lets you decouple the all-wheel-drive system when it’s not needed so the Enclave can save some fuel. Some, though, isn’t that much, so don’t expect the Enclave to match a Toyota Highlander Hybrid. 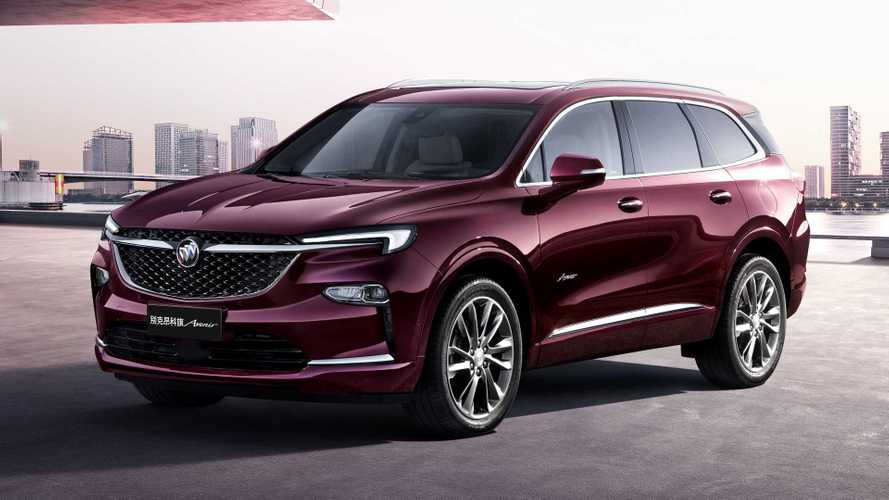 What's In An Avenir