Both the Enclave and the Avenir sub-brand give a look into Buick's future.

The future is now. At least Buick counts on it as the automaker’s upscale moniker Avenir, French for “future,” launches with the second-generation 2018 Enclave.

In the same way GMC’s Denali is a top-of-the-line version of its vehicles, so will Avenir be for Buick. Since 90 percent of previous-generation Enclave owners purchased the top two trim levels, it’s not much of a risk for Buick to roll out Avenir with the flagship model. Given that, it makes you wonder if the additional badge is even necessary.

From 20-inch aluminum wheels, to the premium leather-wrapped and wood-veneer steering wheel, to the specially designed front grille, the Avenir comes almost fully loaded. This almost-luxury luxury vehicle lets you go all-in for $54,390. 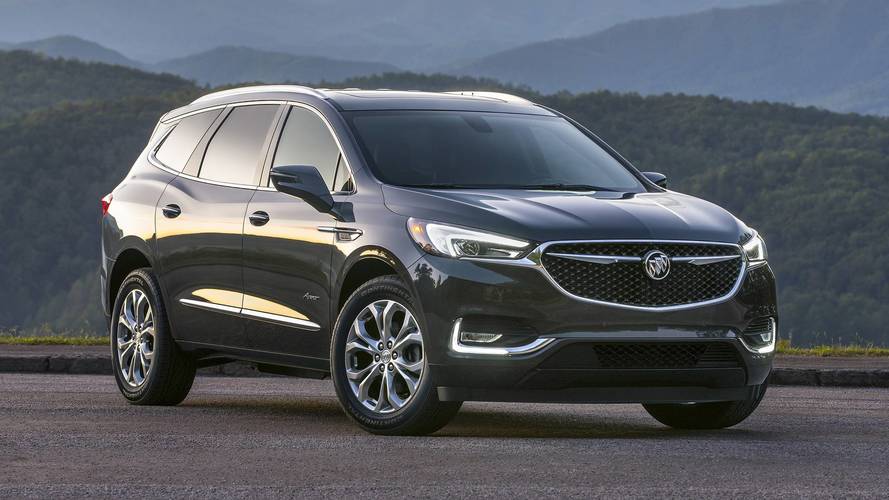 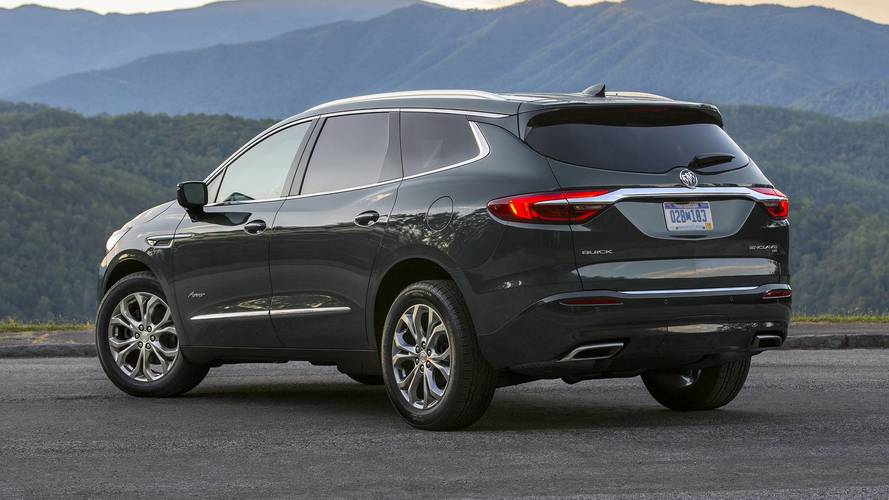 In the same way GMC’s Denali is a top-of-the-line version of its vehicles, so will Avenir be for Buick.

The Detroit automaker doesn’t claim to be competing with pricey foreigners such as BMW, Audi, or Mercedes across the board, and especially performance wise, it’s smart not to. That arena’s pretty stacked as it is. Even Sam Russell, Director of Marketing for Enclave, brazenly acknowledges it’s “not high-end or top-end, but adequate performance.” Perhaps this was an attempt at setting low expectations for exceeded impressions. Let’s hope.

At first glance, the all-new, seven-passenger, three-row SUV looks vaguely like its predecessor. It’s two inches longer (and it was already long at 202 inches) and while it has a longer wheelbase by two inches, it’s still classified as midsized. Take more time, and there are hints of Tiger Woods’ former golf club hauler, the original Enclave, which was a head-turner in its time. It’s still handsome, with simple, elegant character lines, and excellent paint options like a deep espresso-hued Havana Metallic. Though now with its rounded, elongated lines it feels a bit more like everyone else. On the plus side, even with its longer footprint, lowering the roofline by half an inch makes it appear smaller.

Sometimes less is more, and sometimes it’s just less. The interior redesign is a study in minimalism that Buick calls “sculpted beauty.” The simplicity is there, but unfortunately, it’s also been stripped of most personality. Gone: the old-school analog clock as well as any shiny chrome accents in the center stack, now replaced with, well, nothing. 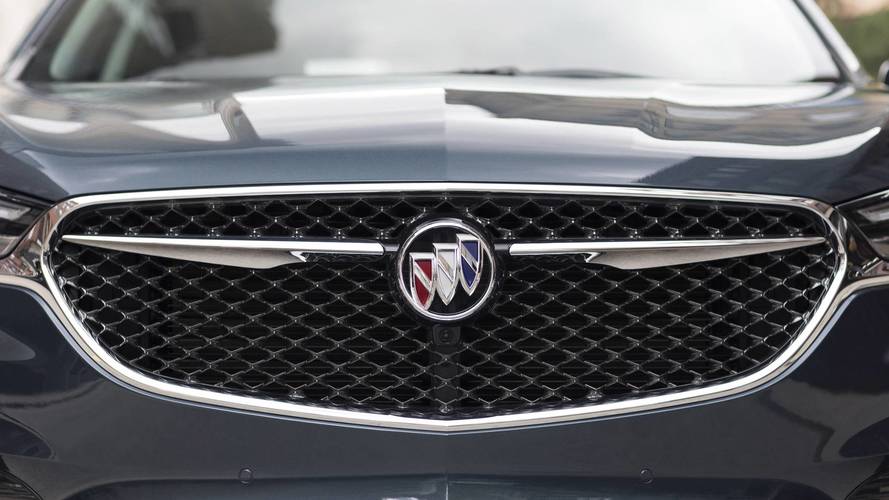 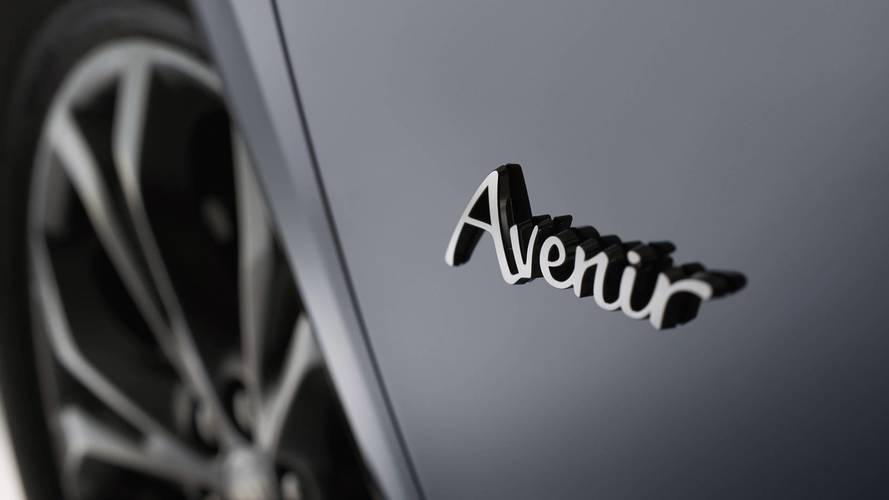 Total luggage space with all seats down is a whopping 97.6 cubic feet, which out-cargos the Acura MDX, Audi Q7, and Infiniti QX60.

Six large buttons that control features such as driving modes, flank each side of the eight-inch infotainment screen and are reminiscent of large-buttoned cell phones for folks with diminishing eyesight. Below it on the center stack live the controls for the interior’s business, such as audio volume, HVAC, and heating and cooling seats. Sometimes simple just translates to sterile.

However, if the devil is in the details, then we love this devil. It’s clear that Buick put a great deal of thought into things like the extended center cubby cover so drivers with short T-Rex arms (me) have a place to rest their right elbow while driving. The cutout below the gear shifter, the latter having no mechanical connection to the car save a bundle of wires, is a great place to stash bags or phones, and the rear doors are massively wide, making third-row entry or moving car seats or cargo in and out much easier. Speaking of cargo, total space with all seats down is a whopping 97.6 cubic feet, which out-cargos the Acura MDX, Audi Q7, and Infiniti QX60.

There are more USB ports to plug into than there are Starbucks in a one-mile radius, and the touchscreen infotainment system is heavy on both “info” and “tainment” with features such as Apple CarPlay, Android Auto, and music apps, but intuitive and easy to navigate through. 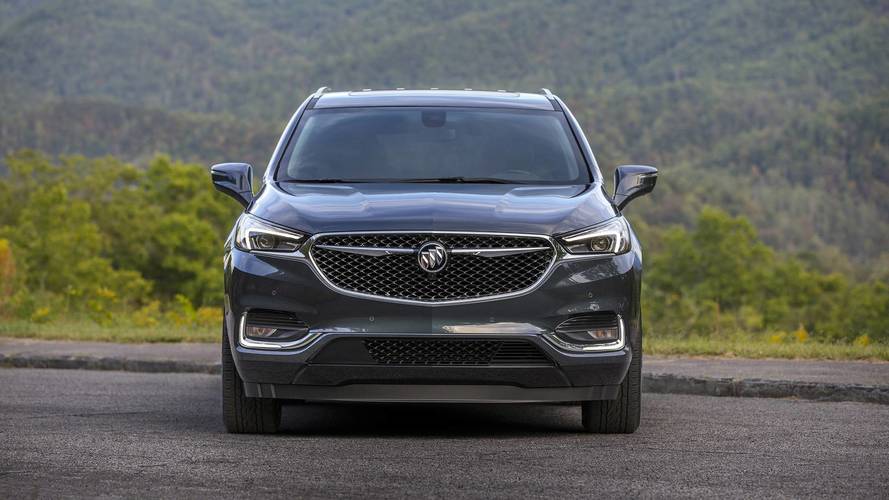 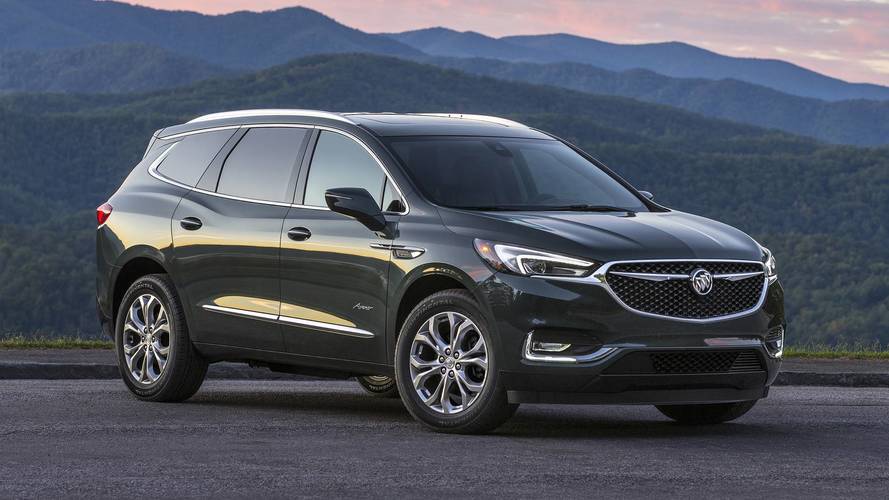 There are more USB ports to plug into than there are Starbucks in a one-mile radius, and the touchscreen infotainment system is heavy on both “info” and “tainment.”

The Enclave’s 3.6-liter V6 engine performs better now that this nine-year-old car has dropped about 400 pounds. But the big boon is the new nine-speed transmission. Its previous six-speed didn’t have enough gumption and was rife with problems. Yours truly had an Enclave transmission burn up at 70,000 miles. Ouch! This time around, Buick seems to have gotten it right. Shifts are quick and smooth and it works well through the entire range. Launches are snappier, with zero-to-60 times on FWD models at a respectable 6.4 seconds. The decent chutzpah from the engine’s 310 horsepower and 266 pound-feet of torque is better utilized, even in more demanding hill-climbing situations when you can switch the transmission into manual and use the paddle shifters in lower gears.

One thing Buick didn’t change is the Enclave’s ever-phenomenal 39-foot turning radius, which makes U-turns and tight corners effortless. And even without the rear-camera mirror and surround-vision with 360-degree views, visibility is far improved in the 2018 model. Both make the Enclave feel as if you’re driving a much smaller car.

Overall it’s a well-balanced ride. Gone is the first-gen’s top-heavy feeling thanks to the new wheelbase and lower profile. If you’re heading out for a weekend ski trip, the Enclave handles twists and turns with aplomb. Switching to AWD improves grip, diminishing tire squeal that may have reared its head in FWD versions. 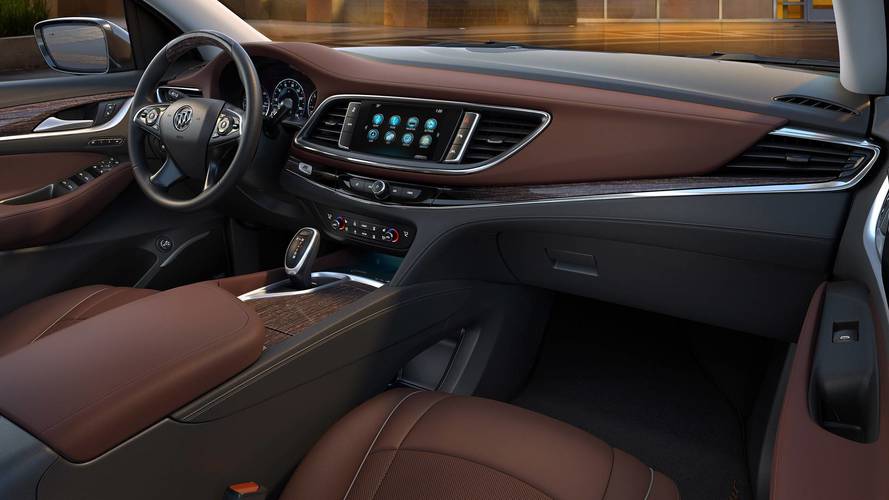 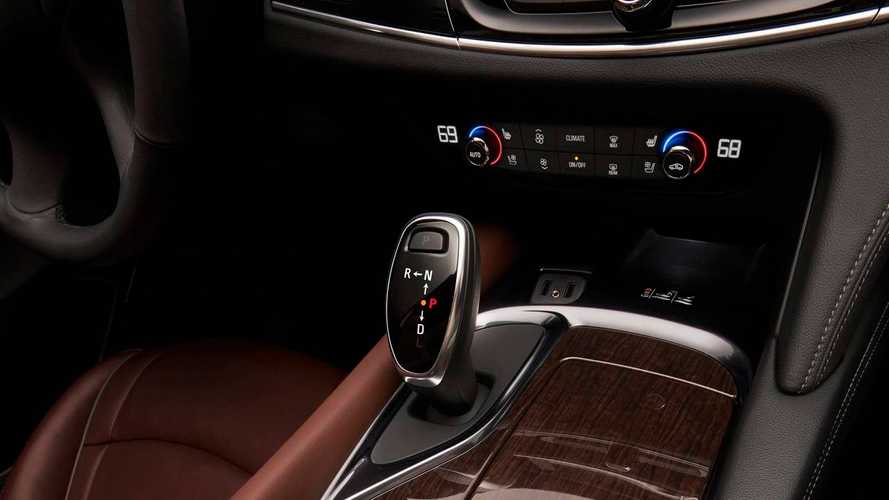 It’s still as comfortable and Enclave-y as ever, but the front and second-row seats aren’t as gushy as La-Z-Boy chairs anymore.

Add on the tech package ($2,095), optional only on the Avenir, and that gets you, among other things, a beefed-up adaptive damping suspension that unites sporty handling with a more comfortable ride and increased directional stability. It’s worth it.

It’s still as comfortable and Enclave-y as ever, but the front and second-row seats aren’t as gushy as La-Z-Boy chairs anymore. Your back on long journeys will be grateful as the new ones offer added support. While there’s no eight-passenger option with the rear bench seat anymore, with more legroom in the third row and easy movement between the captain’s chairs, everyone has plenty of room.

In addition to the Avenir, there are three trim levels available, starting with the base Enclave, which comes with FWD only and cloth seats at a base price of $40,970. The Essence and Premium have myriad options to add on. 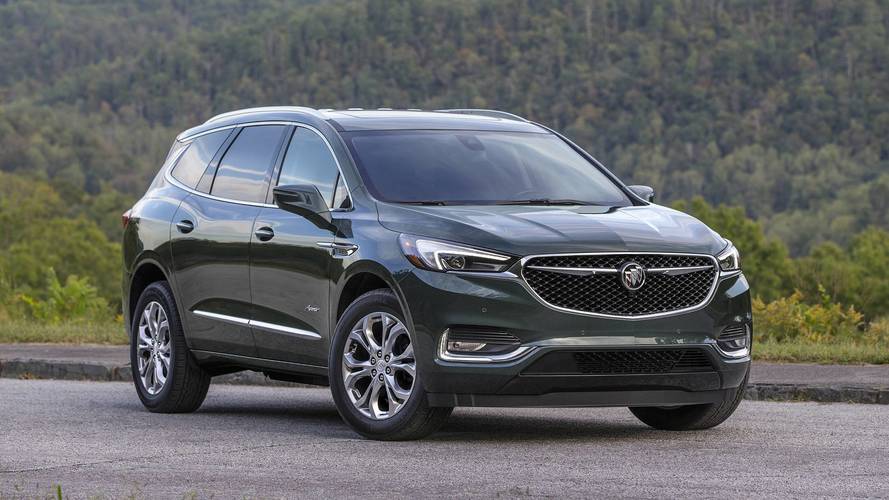 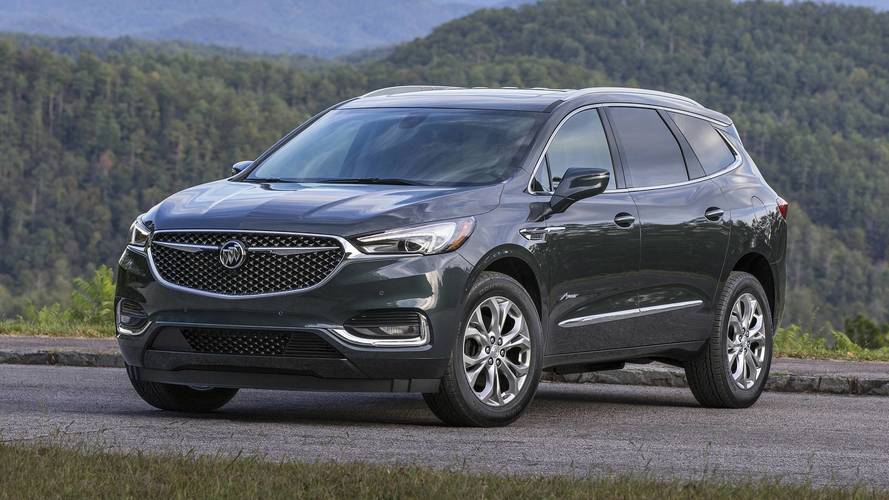 Buick knows its audience, which is good. When doing research, engineers clearly didn’t run into many families looking to rocket their kids around the Nürburgring at sub-eight-minute speeds. Those stats aren’t important to Buick. So again, it makes us wonder if the extra Avenir badge is actually necessary. But nothing says you can’t head up to the Lake of the Ozarks in a little glamor. The Enclave definitely fits that bill well.

As for Avenir, its ultimate success and what it ends up meaning to the Buick brand as a whole remains to be seen. But with the launch of the 2018 Enclave, the future’s looking pretty present.