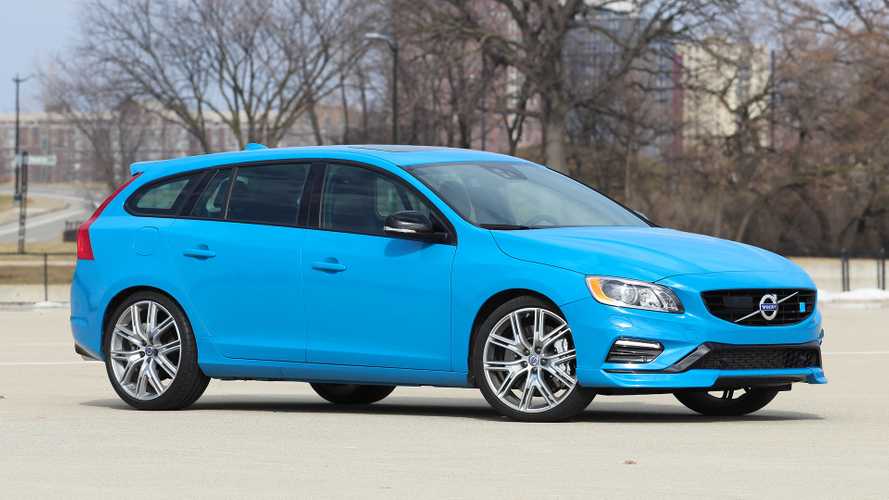 Beauty, brawn, and unlike almost anything else on the road today. Oh yeah, you totally want one.

There aren’t really any fast wagons anymore – in the U.S., anyway. For the kind of power and space offered by this Volvo V60 Polestar, you have to look at a more conventional Audi SQ5, or an outrageously ugly and stupid BMW X4 M40i. A Mercedes-AMG E63 Wagon is way more powerful and way more expensive. A BMW 3 Series Wagon can’t match it on performance. That really puts this V60 Polestar in a class of one – a bright blue, Swedish, totally-freaking-cool segment all by itself.

Only 1,500 S60 and V60 Polestar models will be sold worldwide, and a new powertrain makes this updated version even more powerful than the first one. This is one incredibly special machine, though, at $62,595, it’s also $26,000 more expensive than a base V60. Get ‘em while they’re hot.

Little engine, huge output. The first run of S60 and V60 Polestars used a turbocharged 3.0-liter six-cylinder engine with 345 horsepower. For this second round, Volvo employs one of its new Drive-E engines: a 2.0-liter inline-four with both a turbocharger and a supercharger, both turned up to 11, to produce a massive 362 hp and 347 pound-feet of torque. That’s 181 hp per liter of displacement – higher specific output than a McLaren 675LT.

Grip and poise. Mother Nature threw me a bone and raised the temperatures into the 60s (Fahrenheit) during my February weekend with the V60, giving the sticky Michelin Pilot Super Sport tires a chance to actually cling to warm pavement. With all-wheel drive and a heap of grip, the V60 Polestar attacks corners with a confidence you won’t normally expect from a nearly 4,000-pound Volvo wagon. Lay into the throttle, get the forced induction working, and the rear end slams down to power you out of a tight corner. The steering has great weight to its action, too, though it lacks feedback.

Best seats in the business. The seats in this generation of S60/V60 are some of the best thrones on the market today, and I agree with my colleagues that Volvo’s newer chairs just aren’t as good. Incredibly supportive and super plush, you’ll love sitting in these seats for hours and hours on end.

Oh my god, that blue. I get that Rebel Blue might not be for everyone, and Volvo will happily sell you a V60 Polestar in white, silver, or black. But if you’re the type of person who sees this awesome shade of blue and says, “nah,” then consider me off your friends list.

Great on the outside, meh on the inside. The interior of this 2017 V60 Polestar is the same as what launched in 2010 on the S60 sedan. With its old tech (there’s a remote control for the infotainment system) and bland design, you’d never believe this comes from the same company that designed the XC90’s interior. The V60 Polestar is a very special car, but only on the outside.

Watch those wheels. The 20-inch, Polestar-specific rollers look cool – not to mention huge – inside the V60’s wheel wells. But the convex design pushes the polished alloy out past the tires’ sidewalls. Beware of curbs and car wash tracks.

Surprisingly stiff. Look, there’s something cool about a Volvo wagon with manually adjustable Öhlins shocks, and if I owned this thing, I might take the time to actually tweak the settings so they’re just right. But as tested here, the car bounces over pavement imperfections and feels just a bit too stiff in a lot of daily-use situations. I’d love a more modern, adaptive damping system to compliment the incredible power and grip of this bad boy. 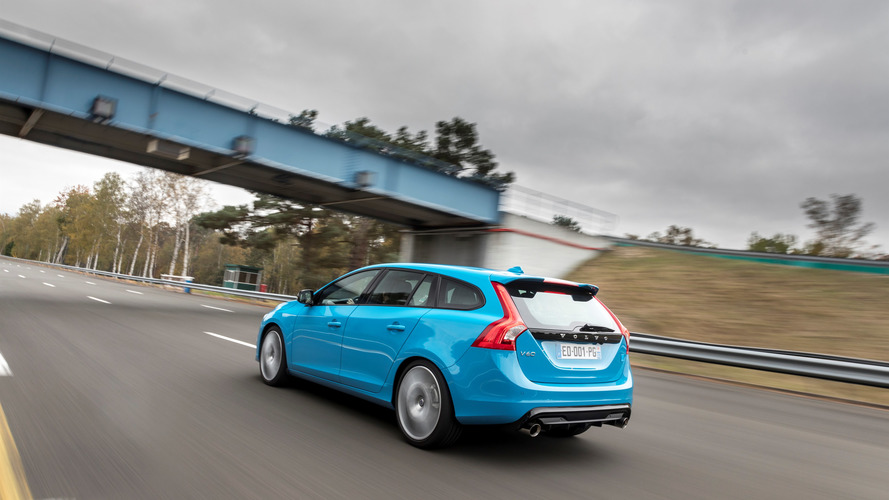