Ultra-rare Koenigsegg Agera One of 1 comes up for sale 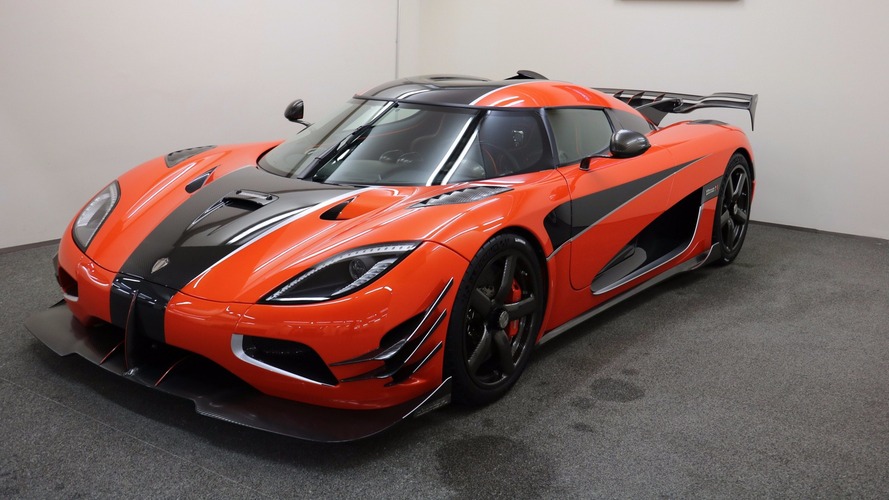 It's available at a German dealer for an undisclosed sum.

Perhaps the rarest of all Koenigseggs has come up for sale at a dealer in Germany: the Agera One of 1 that was shown at the 2016 Geneva Motor Show.

The car is the first of just three Final edition cars that will be built to celebrate the end of Agera production. In a press release issued when the One of 1 was revealed, Koenigsegg said: “The Agera Final program has been designed specifically with a view to optimizing the vehicle the customer’s desired purpose.

“In the case of the ‘One of 1’, the customer wanted an Agera that would be as close to a One:1 as possible in performance terms, while retaining the roof window, stowable roof and full luggage space.”

And it meets that brief. While it retains the more usable, more luxurious interior of “regular” Ageras, the One of 1 has exactly the same power output as the fabled One:1. So the 5.0-liter, twin-turbo V8 engine produces a monstrous 1360 horsepower (1015 kilowatts) and 1011 pound-feet (1371 Newton meters) of torque. The extra luxuries mean it is fractionally heavier, though, at 2866 pounds (1380 kilograms).

The body and interior are awash with custom touches. The aero package is bespoke to the car, including a One:1 front splitter, triple winglets on the front corners, rear venturi with adjustable winglets, and that utterly bonkers rear wing.

Then there’s the roof-mounted air intake, exterior badging, 3D-printed titanium exhaust, orange and clear carbon exterior finish, and aluminium interior switchgear, all of it unique to this car.

The One of 1 is now for sale at SEMCO Exclusive Cars in Munich, Germany, where it can count no less than two Bugatti Veyrons as roommates. And two LaFerraris. And two Porsche 918s. And a McLaren P1. And a Pagani Huayra. And three McLaren 675LTs.

SEMCO hasn't quoted a price for the car on its website, but bet on a mid-seven figure sum. The prototype One:1 recently sold having been on the market for £6 million ($7.9 million).

Gallery: Koenigsegg Agera One of 1 for sale