Japanese Company Creates Car That Can Run On Water 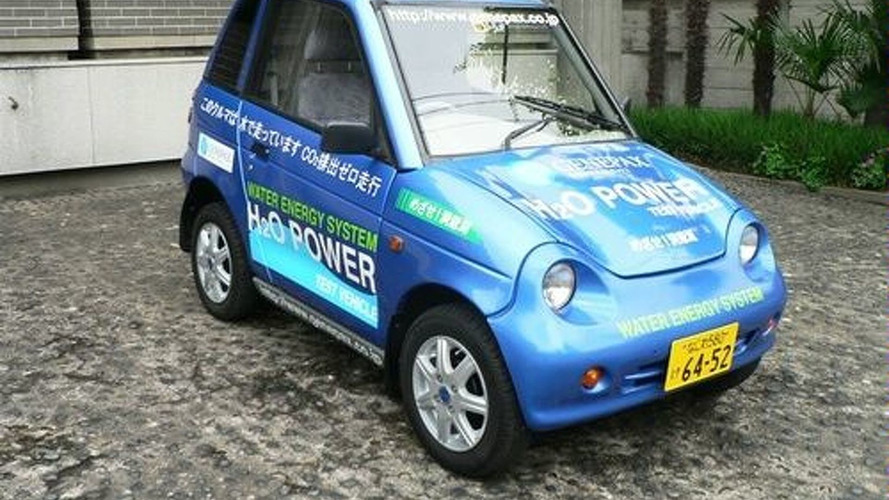 Genepax may have found a solution for hydrogen storage: obtaining it directly from water.

Wouldn’t it be nice if a car could use only water to run? And not necessarily potable water, but any kind of water, even from the sea? Well, Genepax, from Japan, claims to have invented a fuel cell system that uses water to obtain hydrogen. It has shown last week two devices, a 120 W fuel cell stack and a 300 W fuel cell system that powered a REVA based minicar. According to Genepax, the little car could run at 80 km/h using only a litre of water, no matter where it came from: sea, river, rain etc.

If this is true, it would solve many problems at once. The first one is hydrogen storage. To be kept in liquid state, this gas has to be cooled down to -252.87ºC, or 20.27 K, which requires a storage tank that can maintain such low temperatures or, if they get higher, to withstand high levels of pressure. In any case, these tanks get expensive and heavy, two characteristics that do not help electric vehicles in anything.

The second one is price. The alternative to hydrogen storage is to obtain the gas from common fuels, such as methanol or even gasoline, but the machines that extract it, called reformers, are also expensive, and depending on the source of hydrogen, produce polluting emissions, although less than a combustion engine.

If hydrogen can be extracted from water, the only byproduct will be oxygen. Ozone damage could also be possible, but catalysts may prevent it. And water is an abundant substance, especially sea water, that can also be used in WES, or Water Energy System, as Genepax has named it. The secret WES hides is its membrane electrode assembly, or MEA, which contains a material capable of breaking water down into its basic components (H2O) through chemical reactions.

Critics claim that this is impossible because it contradicts the First Law of Thermodynamics, which states that “the increase in the internal energy of a system is equal to the amount of energy added by heating the system, minus the amount lost as a result of the work done by the system on its surroundings”. In other words, the energy that would be necessary to break the water molecules would be higher than what WES would generate for the car’s electric engine, hence the energy would come from somewhere else. A battery, for example.

Unfortunately, there is a good chance Genepax has committed some sort of mistake. If not, it will have created something mankind has been seeking for a long time: the perpetual motion engine. Since all the car needs to run is water, and since the product of hydrogen reactions in the fuel cells is also water, the WES system could refuel itself with what it generates and could run forever with the same quantity of water. We hope Genepax has had a major breakthrough, but that does not seem to be the case.

Gallery: Japanese Company Creates Car That Can Run On Water