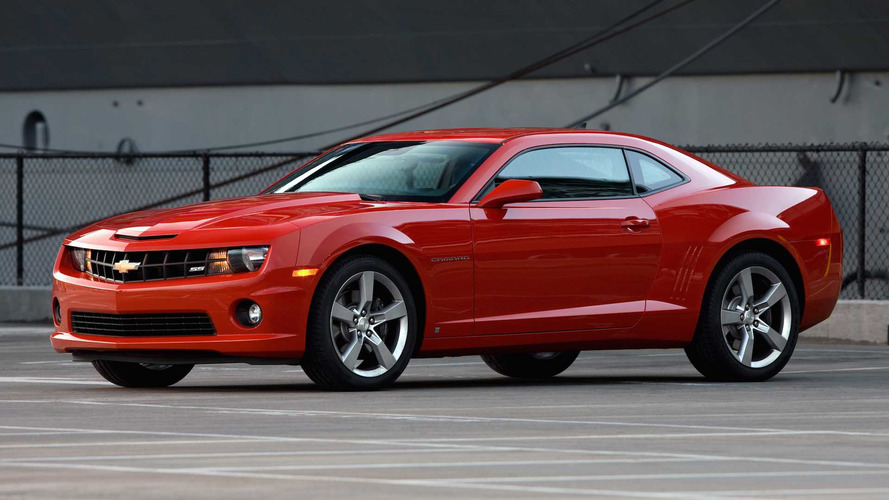 The iconic Camaro SS is back on the market.

After a seven-year hiatus, the all-new Chevrolet Camaro SS is back in dealer showrooms for 2010. Two 6.2-liter V8 engines are offered in the Camaro SS, including the new L99 on automatic-equipped vehicles and the LS3 on manual-equipped models. Both engines are derived from the LS3 that debuted on the Corvette back in 2008. This 90-degree V-8 includes an aluminum block (with cast iron cylinder liners) and aluminum cylinder heads.

The bottom end of the engine includes a new structural cast aluminum oil pan, with an oil capacity of 8.9 quarts (8.5 liters), while the two-valve cylinder head design is based on race-proven airflow dynamics. The intake valves measure 2.16 inches (55 mm) and exhaust valves are 1.60 inches (40.5 mm) in diameter.

The SS model’s new Tremec TR 6060 six-speed manual is designed to handle the high torque characteristics of the LS3 engine, while providing shorter throws, smoother gear synchronization and greater overall shift feel with little or no vibration. Its specs include a solid, 290-mm flywheel and single-plate clutch. The final drive ratio for LS3 vehicles is 3.45:1.

Fully independent front and rear suspensions are the underpinnings of the 2010 Camaro. The standard independent rear suspension is a first for Camaro and is designed to compete with the best in the world. It’s a 4.5-link system that includes a unique, L-shaped upper control arm that attaches to the knuckle at one end and incorporates a ride bushing in the rear.