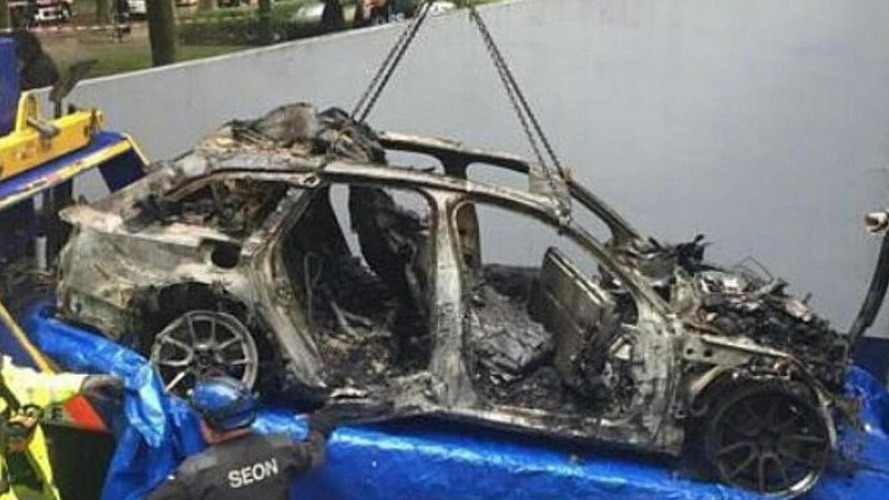 According to preliminary information, the hot wagon was taking part in a promotional video shooting on Wednesday evening around 11 PM in Amsterdam, The Netherlands when two armed people arrived and threatened a cameraman and the car's new owner, Douwe Leitner. They took off with the car and drove it on the A10 towards Zaandam and eventually stopped in a parking complex.

This is when they discovered the keys to the car were still in Leitner's pocket, so they were not able to turn the car back on. As a consequence, this is probably they decided to simply torch it and run away. The vehicle was found several hours later in this miserable condition.

The police have commenced an investigation to find out what really happened.