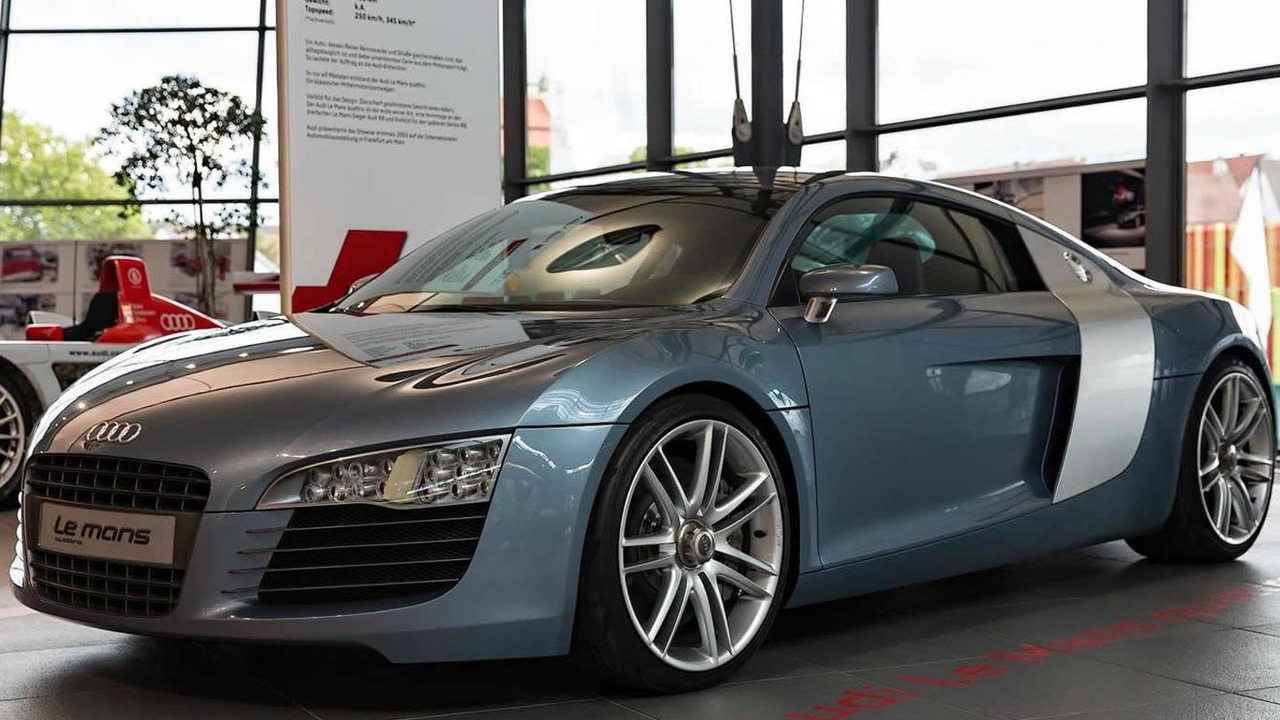 The Audi Forum Neckarsulm in Germany currently has on display the 2003 Le Mans quattro concept and a brand new R8 V10 Plus.

The Audi Forum Neckarsulm in Germany currently has on display the 2003 Le Mans quattro concept and a brand new R8 V10 Plus.

It was at the 2003 Frankfurt Motor Show where Audi announced its intentions to launch a proper supercar with the Le Mans quattro concept which eventually evolved to become the R8. As you can see from the attached images, most of the concept's design was carried over on the production car which itself received a subtle styling evolution for the second generation currently on sale.

The concept is being showcased together with the range-topping second-gen R8 V10 Plus and really it's hard to imagine there's a 12-year difference between the two. Both of them share a V10 engine, but in the concept it was a twin-turbo version with a 5.0-liter displacement whereas in the production car it's a naturally aspirated 5.2-liter, with both packing a 610 PS punch. There's a substantial torque gap between the two as the concept has 750 Nm compared to the 560 Nm of the road-going car.

Although it has more torque, the concept is substantially heavier at 1,530 kg compared to the R8 V10 Plus which tips the scales at 1,454 kg. That being said, it would be very interesting to see both cars dueling on track to observe the hardware developments made during these past 12 years.