It appears to be the hot M240i version.

We've seen our fair share of spy shots depicting the next-generation BMW 2 Series, but not as revealing as this photo. Its origins are shrouded in mystery as the image does not come from our usual suppliers, so we don't even know where it was taken. Dressed to impress in purple, the new rear-wheel-drive coupe had minimal camouflage.

It would appear we're dealing with an M Performance version judging by the trunk lid spoiler and fairly large alloy wheels with chunky brakes behind them. Perhaps the biggest clue is the front fender where the M badge remains hidden under the world's smallest piece of camouflage. If our assumption is correct, we are looking at the M240i powered by an inline-six engine.

While all the other 2 Series models are based on a FWD platform, it's pretty obvious to us judging by the prototype's proportions the two-door coupe stays true to BMW's tail-happy heritage. You will notice the new door handle similar to what we've seen on the electric i4 and in spy shots of the next 4 Series Gran Coupe. We can't really tell looking at this spy shot, but we're keeping our fingers crossed the next generation won't be much larger (and heavier) than the outgoing 2er.

Although the front end is not visible from this angle, we'll remind you recent spy shots have revealed the corporate kidney grille will look normal instead of growing to an XXL size as seen on the 4er. At the back, expect a pair of fat angular exhaust tips reserved for the M Performance derivative, which will once again be positioned below the quad-exhaust M2.

It's Been Spotted Obsessively In Recent Months: 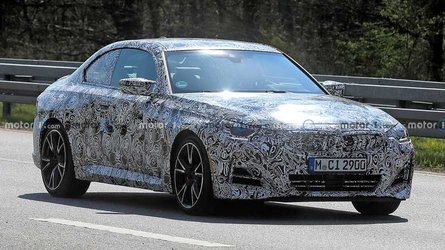 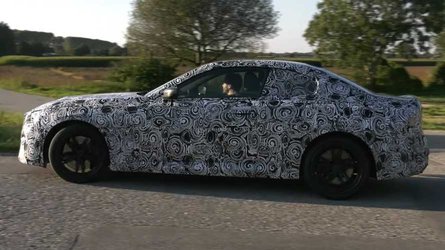 The little camo this prototype has left should come off before the end of the year prior to the M2's launch reportedly slated to take place in 2023. Time will tell whether there's going to be a new 2 Series Convertible given the current state of the market with people moving away from two-door cars, especially cabrio models.

It wouldn't be too far-fetched to assume this will be the last 2 Series with an inline-six. The gradual adoption of electrification means automakers are downsizing their combustion engines while adding a hybrid setup into the mix to comply with stricter emissions regulations.

BMW was recently spotted testing an M2-bodied electric prototype, and even though that might've been a mule for an EV powertrain rather than an actual zero-emissions M2, it's a sign performance vehicles are heading into the electric era.