An open-top Toyota sports car would be fun.

Toyota teased a convertible version of the GR 86 just after the original car went on sale for the 2012 model year. At the time, rumors suggested that Toyota was exploring such a model, though all signs pointed to it being indefinitely delayed by 2014. It never materialized. Yesterday, Toyota gave the coupe a thorough refresh, and while there was no mention of a drop-top version, it didn’t stop X-Tomi Design from creating one.

The open-air design gives the coupe a Miata-like appearance, though that’s not a negative. The unofficial rendering chops off the GR 86’s roof while keeping the rest of the redesign intact. The drop-top 86 Toyota teased several years ago sported a soft fabric top, and that’d likely still be the case with the new one in the rendering. Toyota focused on cutting the fat from the redesigned 2022 GR 86, and installing a hardtop convertible would have defeated that purpose.

Toyota doesn’t say how much fat it did cut from the hardtop, though the company did note that it used aluminum for the roof and fenders. The company also tweaked the front seats and mufflers to further reduce weight in an effort to improve the car’s handling. The lighter roof and fenders give the two-door a lower center of gravity, too. Adding a convertible would add some weight to the car, though open-top motoring is its advantages. 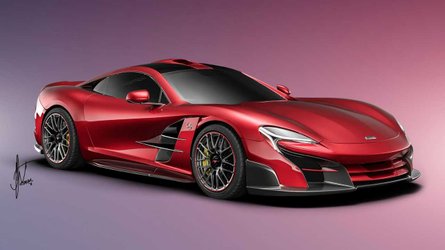 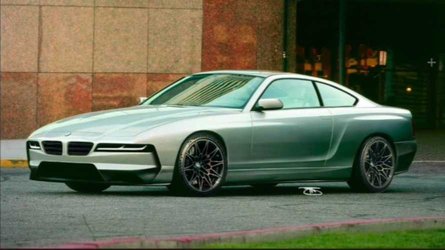 Original BMW 8 Series Rendered For 2021, But Should It?

The new Toyota GR 86 will arrive for the 2022 model year and come with a host of improvements over the outgoing model. It gets a larger 2.4-liter naturally aspirated boxer engine that replaces the 2.0-liter one. It makes 232 horsepower (173 kilowatts) and 184 pound-feet (250 Newton-meters) of torque in the JDM-spec machine, with Toyota cutting 1.1 seconds from its 0-62 mph (100 kph) time to 6.3. The new Toyota GR 86 will go on sale this fall in Japan, though we will have to wait for more information about its North American debut.