Ringbrothers Built A Badass Mercury Cougar With A Coyote V8 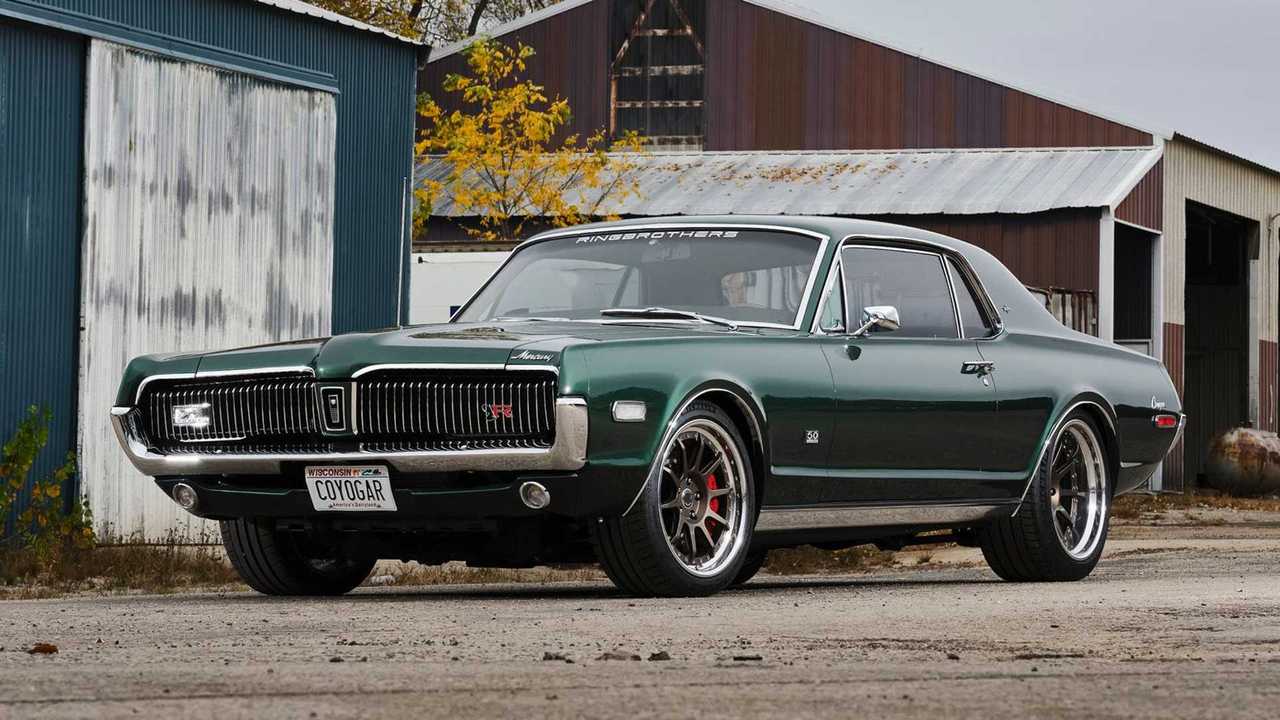 An old-school muscle car with a powerful modern V8.

The Coyote V8 is one of Ford's most iconic modern engines. Debuting in 2011 underhood of the Mustang GT and F-150, the brawny 5.0-liter produces more than 400 horsepower (298 kilowatts) in most applications and remains a go-to option for tuners. So it only makes sense that Wisconsin-based Ringbrothers would use the beloved engine for its latest build.

This handsome 1968 Mercury Cougar restomod hides a Coyote engine under its hood that produces a hearty 460 hp (343 kW). Managing all that additional oomph is a 10-speed automatic ripped from the Raptor with paddle shifters – note the modern gear selector – joined by additional performance upgrades like a new transmission tunnel, a Flowmaster exhaust, a new DSE performance suspension, and bigger brakes.

Visually, Ringbrothers enhanced the Cougar's factory good looks with a new front bumper with re-finished chrome and a fresh grille, plus HRE Series C1 three-piece forged wheels with a copper finish. The sheet metal, meanwhile, sports a fresh dark green paint job and new badges – including a "5.0" emblem on the front fender.

"We put our heart into each car we build, and this Cougar is no exception," said Ringbrothers co-owner Jim Ring. "The finished product is mild and classy, yet any enthusiast instantly knows it's not stock. I imagine this is what Mercury designers would have come up with if they were building the Cougar today."

Ringbrothers says that the company originally planned to debut this car at SEMA, but hopes that it can show the handsome Cougar off to the general public in the near future. No word on how much the full build will set customers back, but current first-gen Cougar owners can purchase a handful of custom billet aluminum parts – like some of the ones on this project – directly from the shop.

Seak And Destroy: Ringbrothers Reveals Restomod K5 Blazer At SEMA
++
Got a tip for us? Email: tips@motor1.com