Should Automakers Be Forced To Include Destination Charges In Pricing? 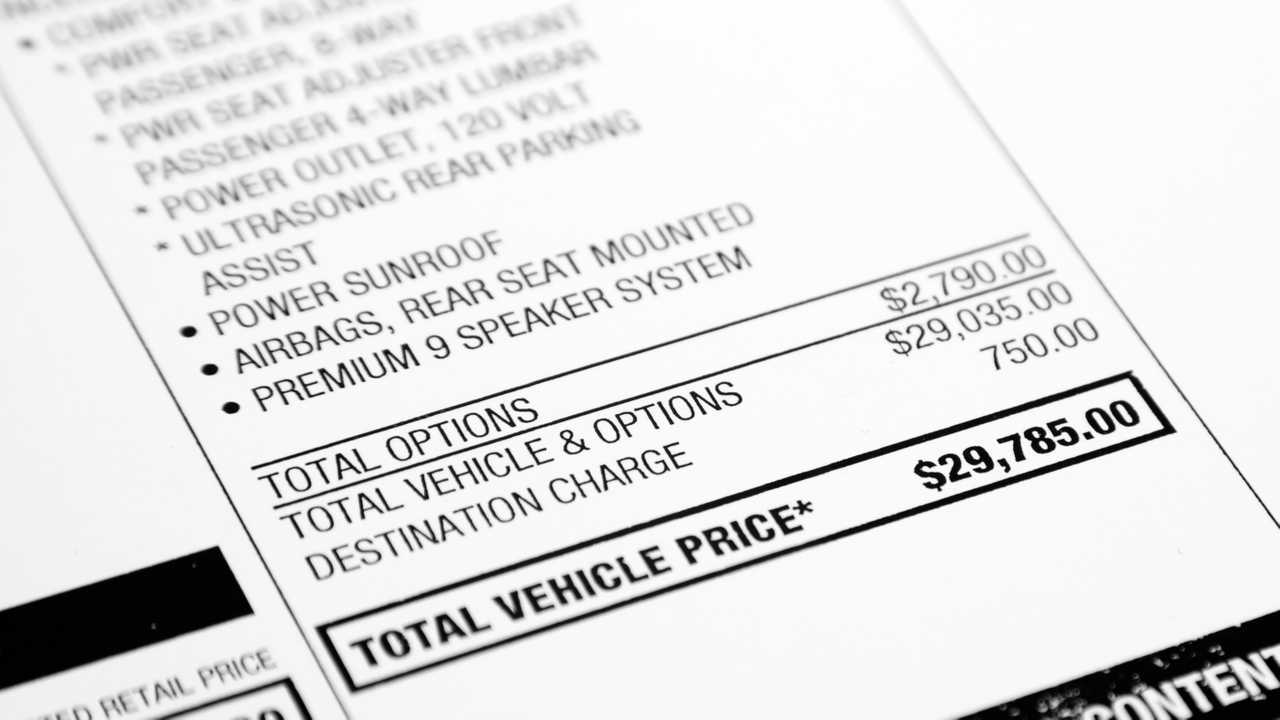 Destination and delivery fees are higher than ever, and it's usually relegated to the fine print.

Everyone knows that buying a car from a dealership – be it new or used – often comes with at least a few extra charges over and above the agreed-upon price. Destination and delivery fees aren't anything new for new-car shoppers, but those fees have risen quite dramatically in recent years and automakers love to not talk about such things when advertising new models. Is that just a reality of the business, or should automakers fess up already?

That's the crux of a new report from Consumer Reports, which took a deeper dive into these pesky delivery fees and learned an unwelcome truth. These charges are indeed getting more expensive, but it's not a generalized across-the-board increase. Some manufacturers are reportedly charging nearly double the amount from just a few years ago, and it's not immediately clear why. Consumer Reports also goes on record as saying it's time for new rules that require automakers to include these fees in advertised pricing, lest price-savvy shoppers get hit with the old bait-and-switch move.

Dealers Marking Up Ram TRX To Cost More Than Some Supercars
⠀

One could certainly argue that not including these costs in advertised pricing is at the very least, a disingenuous move from automakers. Navigating the destination-fee highway is already confusing, as fees vary between manufacturers and even between models. And sometimes, automakers do include fees in advertised pricing – in 2019 Chevrolet made a big deal about the 2020 Corvette starting under $60,000 with destination fees included.

Oftentimes, automakers list an advertised price with an asterisk, directing folks to the fine print that states whether there are additional fees and how much they are. New vehicle Monroney stickers are required to list fees clearly as part of the MSRP, so it's not like the costs come as a complete surprise. It's certainly easy to call automakers disingenuous in how fees are advertised, but it's also easy to argue that the fees are mentioned with pricing. You just have to look for them.

As for Motor1.com, our practice is to show new vehicle pricing without fees included so readers can have an apples-to-apples comparison on flat pricing. We then clearly mention delivery fees in articles for a full picture of pricing. We do this simply because fees vary depending on automakers, and buyers might be interested in knowing just how much extra cash these manufacturers like to add on after the fact.

What's your take on the fee controversy? Should automakers simply make it part of the official pricing, or is it buyer beware? Make your case in the comments, because we suspect automakers are watching.