The road to 1,000-plus-horsepower hypercars is lined with forgotten supercars that helped paved the way. One is the Mercedes-Benz SLR McLaren, an automotive time capsule to when Mercedes owned a portion of McLaren, the two collaborating on the very rare supercar. Production started in 2003 and ended in 2010, and along with way, Mercedes offered a hotter 722 Edition model with more power. One example, once owned by Michale Jordan, is for sale.

Crave Luxury Auto is selling the rare ride, a 2007 model, for $695,750. That’s steep, though Mercedes never produced a lot of SLRs. Over its seven-year production run, the company only churned out 2,157 examples, including the special editions. Tack on Jordan’s ownership – though the ad doesn’t specify the details – and the 722 Edition upgrades and the pricey six-figure tag appears reasonable. The sleek silver Mercedes has just 1,038 miles (1,670 kilometers) on the odometer, too, adding some legitimacy to the asking price.

The 722 Edition SLR differed from the regular one in the engine department. Mercedes gave the 722 Edition, a tribute to Sterling Moss and Dennis Jenkinson’s 1955 Mille Miglia win, a slight power boost. The supercharged 5.4-liter made 617 hp (460 kilowatts) and 575 pound-feet (780 Newton-meters) of torque in the regular version, though the 722 produced a bit more – 641 hp (478 kW) and 605 lb-ft (820 Nm) of torque, which was a lot in the 2000s. The upgrade came with badging, upgraded suspension, bigger brakes, and other performance tweaks.

See More Of The Iconic SLR: 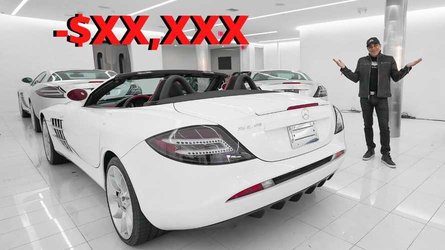 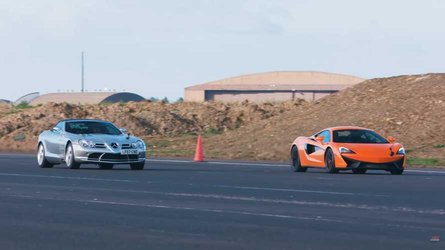 While the photos aren’t the greatest, the car still looks superb. The long hood, vented fenders, side-exit exhaust, and bulbous greenhouse are timeless, and the performance under the hood is still plentiful. The supercar should rocket to 60 miles per hour (96 kilometers per hour) in about 3.6 seconds, hitting 124 mph (200 kph) in a stunning 10.2 seconds. The 722 Edition also had a higher top speed than the regular SLR at 209 mph (337 kph).