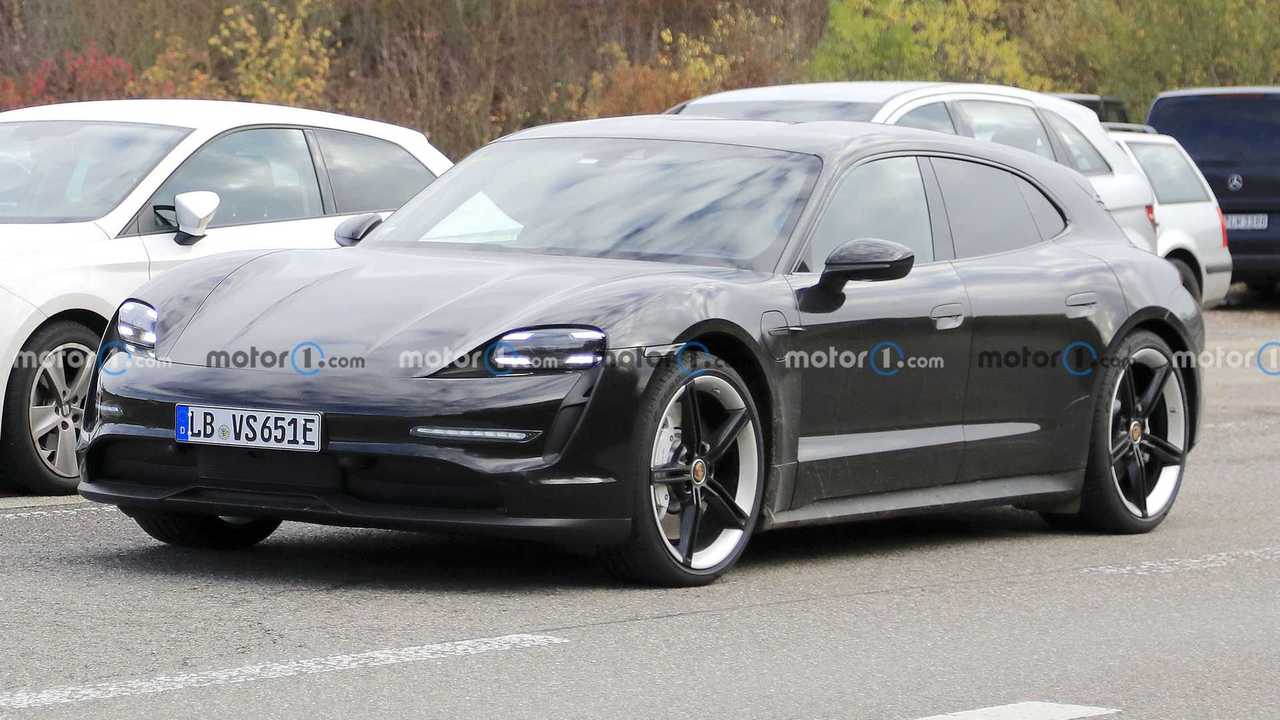 No roof rails? No problem.

We just saw a naked Taycan Cross Turismo prototype a few days back, and at first glance, we thought these new spy shots showed the same vehicle. It was also caught on the streets of Germany, but it wears a different number plate and its roof is as smooth as the polished neck of a new guitar.

This isn't the first Cross Turismo test vehicle we've seen without roof rails, but it is the first smooth-roof we've seen completely free of camouflage. Not that it makes much difference, though with the side-rear camo now gone, the slick-top Cross Turismo very much resembles the Panamera Sport Turismo in profile. All things being equal, perhaps the rails are better suited for the Cross Turismo. Either way, it's still a sharp-looking wagon.

As with the other prototype we recently caught on camera, this one seems to have stickers on the front fascia in the form of LED strips. Presumably, that's done to maintain at least a little bit of mystery for when Porsche finally goes official with a reveal. At least, we hope they're fake because these strips aren't exactly straight and the Taycan's squarish face would be better off without them. Speaking of the front, this car seems to be riding a bit high with gobs of wheel gap in the fenders. Admittedly it is a Cross Turismo so a bit of extra clearance is expected. Perhaps the missing roof rails are throwing us off a bit.

The Taycan Cross Turismo Is Coming:

Regardless of the exterior details, underneath the skin should be a carbon copy of what you find on the standard Taycan sedan. That's not a bad thing, because the all-electric driveline can crank out as much as 761 horsepower (567 kilowatts) for all four wheels to manage. That translates to face-warping acceleration that sees 60 mph arrive in 2.6 seconds. The mild version should only offer around 530 hp (395 kW), and though we have no idea of pricing just yet, expect it to start north of six figures.

When will it finally be revealed? Camo-free Porsche prototypes in public generally mean a debut is weeks or even days away. The 2020 Los Angeles Auto Show would've taken place around the end of November, and that timeframe could well be what Porsche has in mind for a Taycan Cross Turismo celebration.